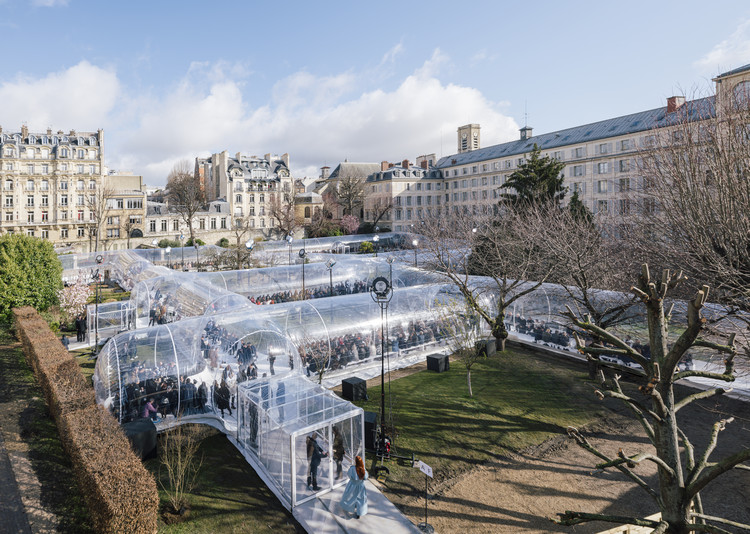 Text description provided by the architects. On the morning of February 26, 2020, Felipe Baptista Oliveira presented his first autumn-winter collection as creative director of KENZO in the V district of Paris. In the same place where the Romans once settled, René Descartes alternated thoughts of geometry and philosophy, Pierre and Marie Curie strolled while discussing their point of view on radioactivity, or the Situationists practiced la derive, two young Spanish architects, Isabel Collado and Ignacio Peydro, made sure during the last week of February 2020 that the itinerant and instantaneous architecture they had created worked properly for the event that was being produced for Kenzo.

Places remain and time flows. Maybe not. Isabel and Ignacio have long been determined to make instant cities, inspired by those imagined by Peter Cook for Archigram. Cities that flow through space-time, moving where society needs them. Before even finishing the degree, at the same university that Peter Cook himself directed, they imagined facades that flew and moved through the city detached from the building that once held them.

Since then, time has passed, but their interest in making architecture focus on life, on events, and not on style, is the constant that defines their work. 'Architecture is about life, everything else is circumstantial' - they passionately affirm.

If the KENZO autumn winter 2020 collection is a collection inspired by nomadism and travel, in the richness of transit, the architecture that welcomes it is essentially nomadic. It is a living structure that practices the situationist derive, moving around the world without a pre-established destination. It also shares the transformable quality with the KENZO FW20 collection. As in previous DOSIS works - the studio founded by Isabel Collado and Ignacio Peydro in 2006 - the structure they have created is reconfigurable and transformable. It dynamically adapts to every situation and every location. It is a living structure that transmutes depending on the conditions of the ecosystem that hosts it.

Last February Paris saw the birth of the latest pneumatic creation of DOSIS, now the world is a latent space, to receive it instantly in an indeterminate time. 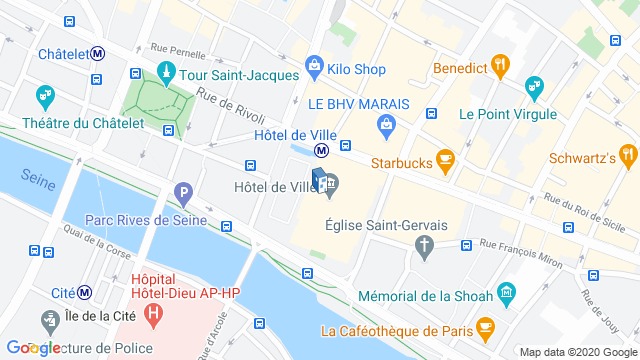 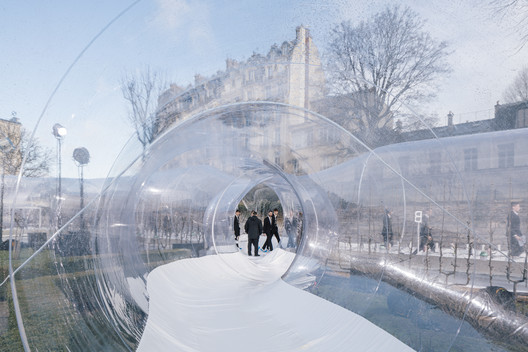 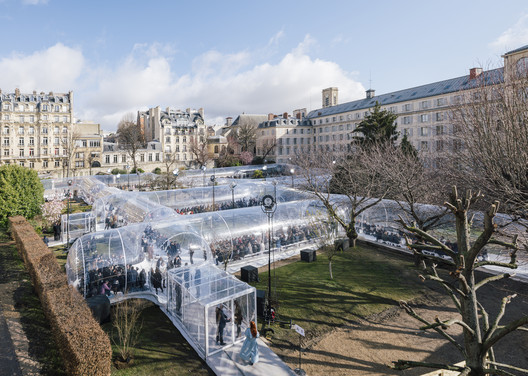