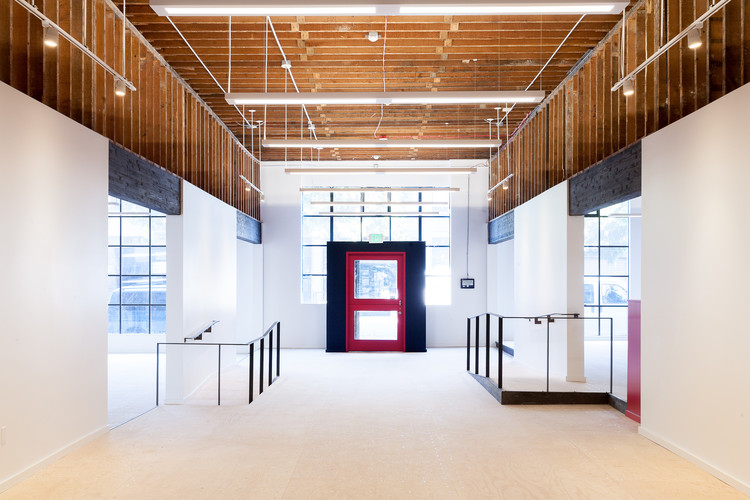 Text description provided by the architects. This 10,000-square-foot, two-story interior remodel of a 1910 retail building in downtown Seattle emphasized subtraction rather than addition to radically alter the spatial and light conditions of the space. Two existing load-bearing walls run the length of the area, establishing three linear yet distinct rooms.

Symmetrical openings were cut into these walls at even intervals, increasing permeability by allowing for greater flow of traffic between the rooms, as well as creating an open layout with flexible space arrangement. Although the space is currently used as an office, a key goal was to establish a flexible, open design that could be utilized for a variety of public and private functions. Removing drywall and other finishes from the upper portions of the bearing walls exposed the original wood studs and ceiling joists, preserving the space’s historic materiality while also allowing daylight to filter between the rooms.

New architectural insertions integrate seamlessly with original building elements, including a series of strategically placed ramps that follow the grade of the sidewalk outside, and allow for accessibility between the three rooms inside. New plywood flooring and custom steel handrails complement the original wood ceiling and perimeter concrete party walls. A restrained color palette with pops of red brings a subtle modern feel to the space. 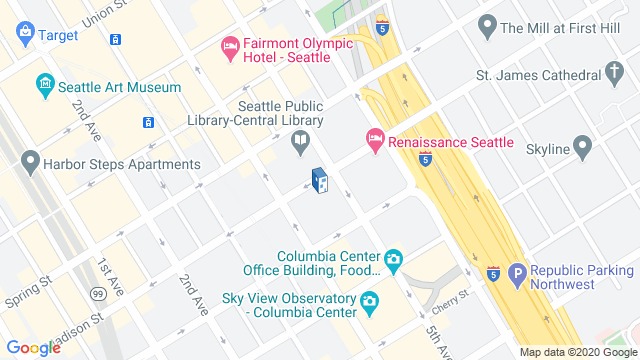