Save
Incorporating Fire in External Projects: Tips and Examples for Fireplaces
Share
Or
Copy 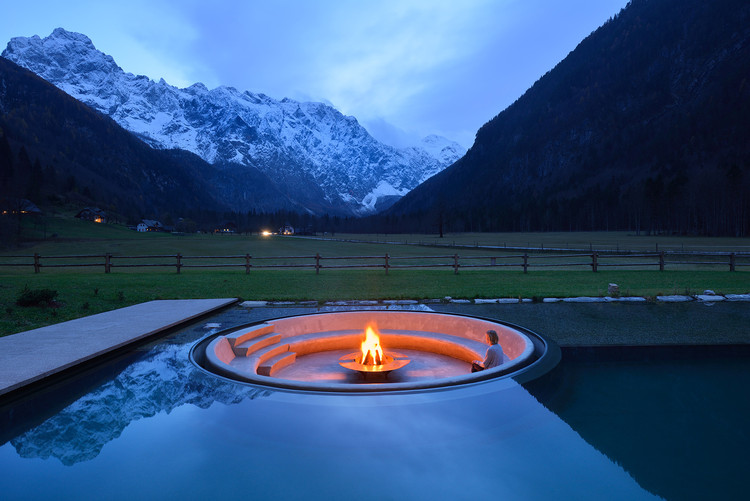 Yuval Noah Harari points out that, around 300 thousand years ago, Homo erectus, Neanderthals, and ancestors of Homo sapiens already used fire daily. According to the author of the international bestseller “Sapiens,” fire created the first significant gap between man and other animals. "By domesticating fire, humans gained control of an obedient and potentially limitless force." Some scholars even believe that there is a direct relationship between the advent of the habit of cooking food (possibly due to the domestication of fire) and the shortening of the intestinal tract and growth of the human brain, which allowed human beings to develop and create everything we now have.

Fire has been our Netflix for a long time, bringing a dynamic array of colors, sounds, smells, and warmth, and being a collective space for us to socialize and prosper. By handling fire, we are dealing with something that is alive and which, out of control, can be catastrophic. Residential fireplaces allow contact, but maintain security by taking the smoke away. The fireplace not only brings light, but also warms bodies and even cooks food.

There is also, however, the possibility of developing external spaces suitable for the creation of safe fires. These are usually shallow containers, buried in the ground or with overlapping parts. As simple as it seems to light a fire in the yard, there are some important considerations to take into account so as not to turn the experience into something unpleasant. First, it is essential that the material of the fire container chosen is resistant to high temperatures. For example, ordinary bricks or concrete blocks can burst when in contact with fire. Some natural stones will also not withstand direct contact with flames, at the risk of breaking. Adding a coating on refractory bricks or sheet metal will solve this. Another essential issue is to facilitate where the flames will go. It is recommended that the structure have a border between 15 and 30 centimeters so that the glowing wood does not roll, causing accidents. Considering adequate water drainage is also vital to the success of the outdoor fireplace.

Another element that is often overlooked is the location of the structure itself. For this, it is important to consider the prevailing winds at the location, which will influence where the smoke will go. It is important that the smoke not direct toward the users themselves, that it does not enter the house, and that it does not disturb the neighbors too much. Of course, there is also the possibility of using gas fires, which will greatly reduce the volume of smoke and many of the risks involved. But this also ends up diminishing much of the grace and ritual involved in a real campfire.

Below, we have listed some projects that use external fireplaces: 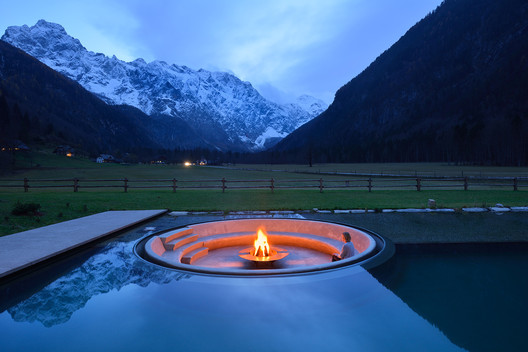