Save
The Renovation of Cook County Hospital / SOM 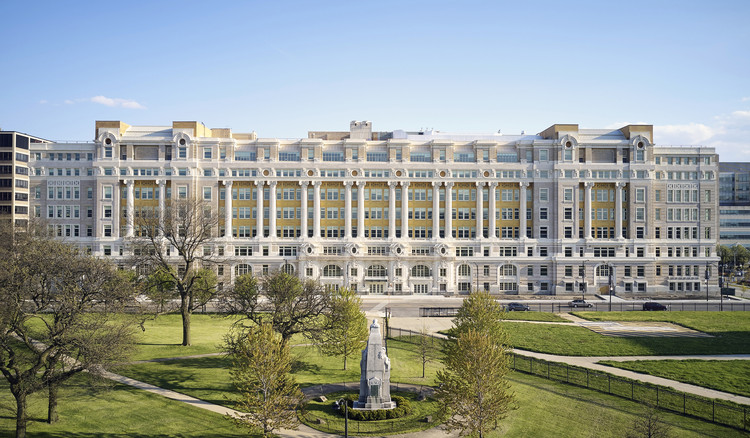 Text description provided by the architects. Completed in 1914, the Cook County Hospital building is a designated Chicago Landmark and once stood as the symbolic heart of the Illinois Medical District healthcare community. Vacant since 2002, the building had fallen into a severe state of disrepair and was threatened with demolition. Instead, SOM led a design-build collaboration for general contractor Walsh Construction, with Wiss, Janney, Elstner Associates and interior designers KOO, to carefully preserve, restore, and adapt the former hospital building to meet the changing needs of the neighborhood.

With a new hotel, food hall, medical offices, and community spaces, the revitalized historic hospital building is the first phase of a proposed $1 billion redevelopment plan for the area. “This has been a monumental restoration completed by an outstanding and uniquely experienced team. At the epicenter of the Illinois Medical District, the project will be recognized for the next 100 years as a tribute to so many who served the sick while tirelessly pursuing medical advances” says John T. Murphy, Chairman & CEO of Murphy Real Estate Services.

Not only a monumental example of the neoclassical Beaux-Arts style, Cook County Hospital has an illustrious history: many medical advances took place here, including the development of the first blood bank in the United States, and the hospital was long known as “Chicago's Ellis Island” for its devoted treatment of poor communities and immigrants to the city. A museum space in the newly restored building will showcase the important role the hospital played for the city and in the field of medicine.

When the rehabilitation project began in 2018, deferred maintenance, exposure to the elements, and vandalism had caused severe deterioration to the exterior and interior of the building. The restoration work focused first on repairing the neoclassical-style exterior, which involved the replacement of more than 4,500 pieces of terra cotta on the facade.

A sliver-thin canopy of steel and glass marks the entrance to the building, replacing a former bulky addition that diminished the integrity of the historic facade. Inside, SOM restored the lobby to its original height of 25 feet.

A food hall just to the left of the lobby provides a bright and engaging space in which to relax and recharge; its 12 local vendors are primarily women- or minority-owned businesses.

Further amenity spaces include an expansive bar and lounge spaces with views through restored wood-framed windows, creating a lively atmosphere and a sense of connectedness to the surrounding neighborhood. “We didn’t just want to preserve the old Cook County Hospital--we wanted to bring it back to its former glory, from the facade to the original Beaux-Arts masonry detailing and terra cotta ornamentation,” explains Brian Lee, SOM Consulting Design Partner. “The restored historic volume and finishes in the main lobby bring the original grand entrance back to life, establishing a new entrypoint for the community.”

SOM and KOO took advantage of the building's relatively thin footprint to configure 210 hotel rooms filled with natural light. With unique layouts and contemporary art and decor, the rooms provide a rich variety of spaces and views.  Some of the more unusual spaces within the former hospital, including lofty operating rooms with bands of windows on the eighth floor, were transformed into distinctive guest rooms.  “We’re proud to be part of starting a new chapter in Cook County Hospital’s history that provides multi-use spaces and amenities for medical workers, patients and their loved ones. The pandemic has emphasized to us the potential of adaptive-reuse, historic preservation and design-build in sustainably transforming the future of our communities.” says Adam Semel, Managing Partner at SOM.

The first of several phases, the Cook County Hospital redevelopment energizes the district by reestablishing the building as the keystone for a vibrant, mixed-use, transit-focused development. The multi-use redevelopment revitalizes the surrounding Illinois Medical District and provides much needed amenities to support the needs of medical district workers, patients, and their families. SOM is involved in the ongoing planning and study of these future phases. The renovation of the Cook County Hospital has earned the project a 2020 Landmarks Illinois Richard H. Driehaus Foundation Preservation Award for Adaptive Reuse. Since 1994, Landmarks Illinois has honored outstanding examples of excellence in Illinois historic preservation through this annual awards program. 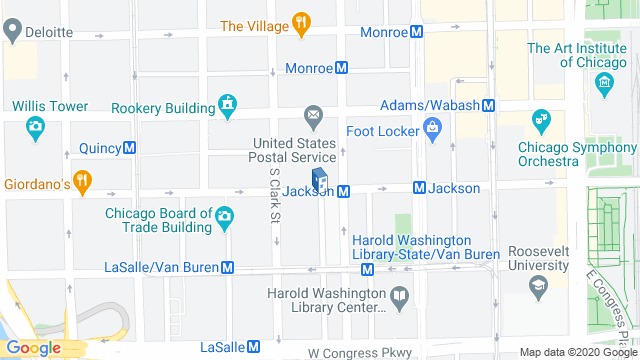 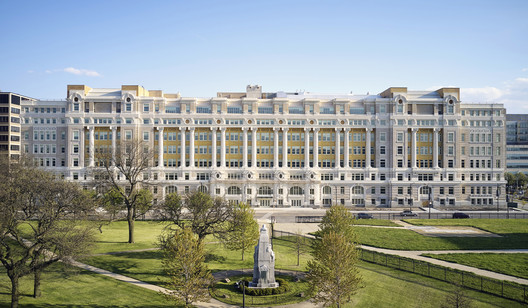