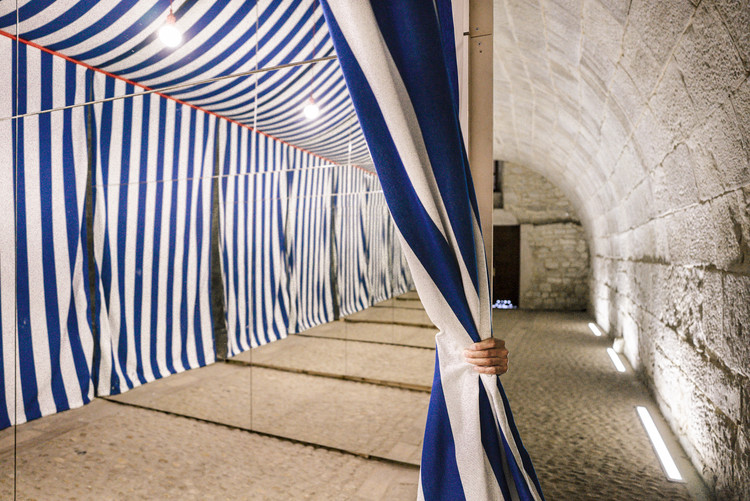 Text description provided by the architects. An intriguing artifact can be found in the San Gregorio Cellar. At first sight, it appears to be a wooden wall that blocks one’s path and occupies the entirety of the barrel-vaulted space. Clearly, it is an external element; the fact that it is made as a plywood scaffolding reveals that it is somewhat unstable, and probably, temporary. It appears light and removable, both due to its shape and the materials of its construction, while on the other hand, it presents the same shape as the space it occupies, which is in contrast stonelike, heavy and stable.

Up close, it is discovered that the wooden wall allows passage through, as it moves to one side to allow for a crossing to the other. Therein lies a curtain to be drawn in order to enter, and all of a sudden, a complete change of space...the ashlars, the stone, and the vault… the cellar becomes something else entirely; a light, festive, ephemeral and tectonic space. One can traverse this new space and upon exit confirm that the cellar remains as it was, immutable and stonelike, though the mind retains the altered space just crossed.

After the experience, both spaces, stone, and textile, heavy and light, vaulted and catenary, severe and festive, stereotomic and tectonic, overlap and allow for an understanding of the cellar that reflects both its reason for being and its opposite. As stated in Lewis Mumford’s famous book on the history of American architecture, once space is apprehended in its essence, everything can be summed up by what it contains: “sticks and stones”. 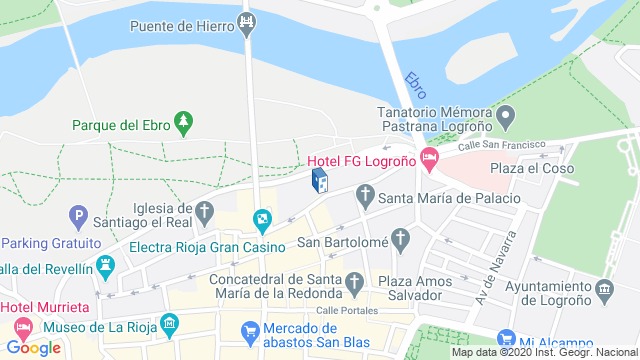