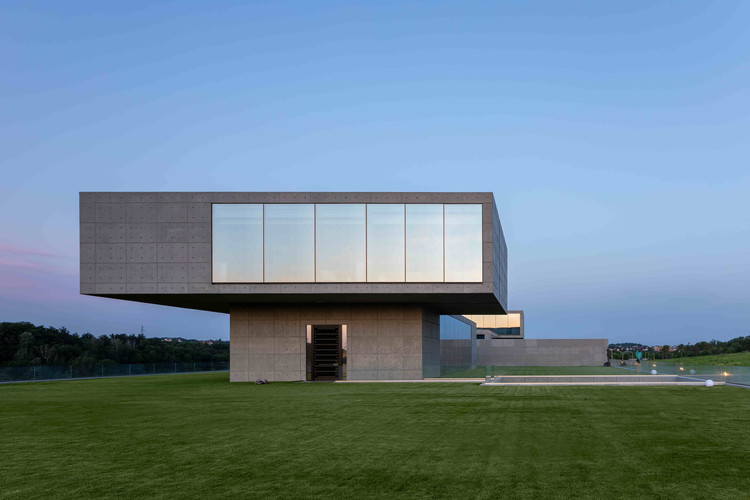 Text description provided by the architects. Futago House ("twins" in Japanese) consists of two identical parts: these are our twin brothers, who proudly raise their console heads and look in each other's eyes. 30,000 tons of soil — and they rise above the landscape like dumb observers sharing one heartbeat for two. The customers very clearly expressed his wishes: to get a modern and minimalist house that will become a new stage of their life after the years of being the fans of the classics.

They left us to do our job without interfering in the creative process. "This house has become a continuation of nature and vice versa - its opposition. Futago is a blank sheet of paper in which tons of concrete, glass, passion, and the power of the human spirit have merged.

All to admire the beauty around and learn to see the beauty inside”, comments the founder of Sergey Makhno Architects studio, architect Serhii Makhno. The monolith of the house was poured out of 20 tons of concrete. The principal decision was to order the material from a Ukrainian manufacturer, because the logistics of concrete is complex and not ecological, especially in such sizes.

And when the windows became walls and the doors had to reach almost five meters in height, magic happened — in Odessa, a separate assembly of double-glazed windows has opened exclusively for the Futago project, each weighing 1 ton. Three individual bedrooms, bathrooms with panoramic windows, a bar, and a collection of modern Ukrainian art — Futago House is our step forward towards a modern Ukrainian architecture of private houses, and it is just beginning. 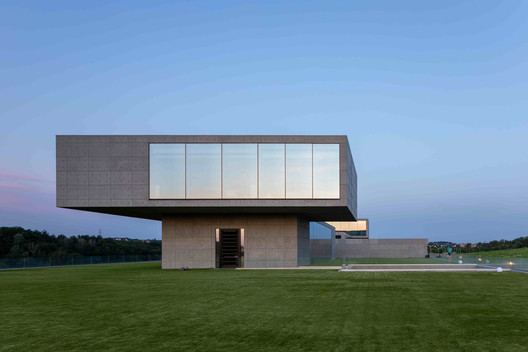