Save
Shinhwa-Ri Housing / a round architects 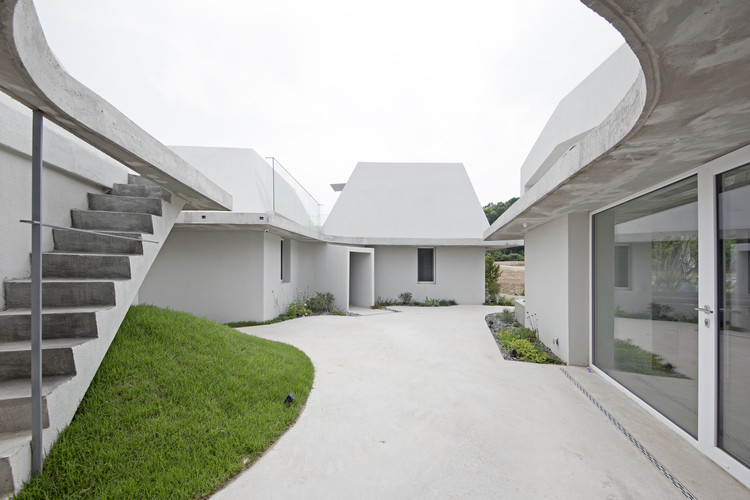 A curved space and a three-pronged space - Two houses starting from one parcel use the same area, the same cost, the same materials, and the same vocabulary, but the methodology that reveals the characteristics of the space starts differently. Depending on the layout on the site, each building responds differently, but it is developed in different ways depending on the relationship with the road and the surrounding site.

The layout of the two houses is established by the shape of the ground and the way they are in contact with the road, and they share an internalized external space that can be met together. However, the experiences of the space in the two houses are different. In the curved house, the entrance starts from the road, and the shape of the space is linear, and the pronged house is formed as a space spreading in three directions from the center of the building, with the entrance formed through the middle yard. The curved house has an outward-oriented character so that one can see the outside in various directions, and a small courtyard is placed in the middle to complement it. Conversely, a pronged house is an interior-oriented structure and spreads to each space through the widest central space.

Fixed form creates a fixed relationship - Without fixing the boundaries of the interior of the house, he envisioned an ambiguous and flexible architecture in a way that changes according to the situation. The moving plates loosely divide the space according to their position and give space according to the required function. This house is a place that everyone can share, and at the same time, it becomes a diverse space where you can do various activities together. It should be one space and multiple places, and it should be simple and diverse. Although each space is separated, it is connected and various spaces coexist according to the difference in distance. It is a proposal of a flexible space that is completed by the interaction of the part and the whole. We start from an primitive room that can cope with the passage of time.

Loose relationship - The form of the door and wall (plate) speaks of the character of each space, and it reveals the relationship between the people who occupy each space. Loose boundaries refer to loose relationships. Each space is influenced by the size and shape of the space by moving plates. It starts from one room, but if it is divided according to function, the way it is divided affects the characteristics of the contiguous space. Each space forms a relationship through interaction, and it does not exist alone, but becomes meaningful only by establishing a relationship with the adjacent space. The order of space changes according to the movement of the plate, and an order of instability was created.

Moving plate and Multi-level ceiling - For the moving board, the floor is flat and the walls are surrounded by furniture, making it a monotonous composition. We designed it to allow various changes depending on the size and area of the moving plate and the point or method where the two plates meet. Along with this, the size and shape of the space, as well as the relationship and function, change. The multi-level  ceiling begins to divide the space according to the position of the moving plate, and various ways of dividing the space are developed. 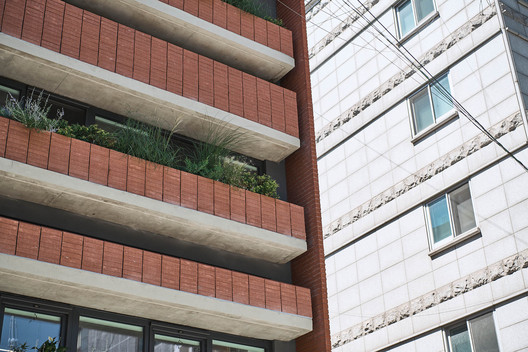 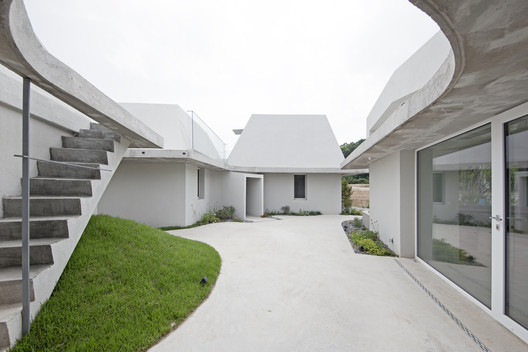