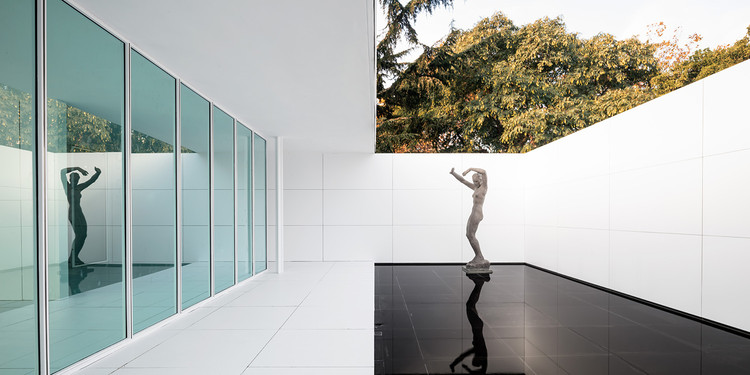 Dressing the Mies van der Rohe Pavilion to strip it of its materiality. This simple act turns the Pavilion into a representation of itself that opens the door to multiple interpretations about aspects like the value of the original, the role of the white surface as an image of modernity, and the importance of materiality in the perception of space.

The Pavilion in Barcelona upon which we act is a reconstruction, a replica so faithful to the original that it is often difficult to remember its true nature. A building that should have been temporary was immortalised first by the written account of the modern movement and later by its own reconstruction.

Turning the Pavilion into the image of itself, with all the surfaces restricted to the same material, reveals the building’s representative role both that of the original, as a national symbol, and that of the replica, by representing the former. For a time, the Pavilion will be the longest-standing 1:1 scale mock-up of the replica of the temporary pavilion in modern architecture. Removing part of the materiality from the Pavilion also raises other interpretations related to the historiography of 20th-century architecture.

The Pavilion in Barcelona was enthroned as an icon of modernity at the ‘Modern Architecture’ exhibition at the MoMA in New York in 1932. The exhibition catalog presents various buildings by architects like Mies van der Rohe, Le Corbusier, Neutra, Wright, Oud, Gropius, and others through a selection of photographs and critical essays in which Philip Johnson and Henry-Russell Hitchcock indicate the homogenising criteria for combining all the works through the same lens. These include the white surface as an emblem of a new architecture, which appears as one of the most insistent.

To provide the Pavilion in Barcelona with that homogenising whiteness means to endow it with one of the defining features of modern historiography (not of modernity). Yet at the same time, it also involves stripping the Pavilion of its materiality and its unique characteristics—specifically the one that erected it as an icon of the modern movement. The installation turns this paradox into an experience. It helps visitors to consider these ideas and many more through their own experience in a pavilion that will lose its materiality for a few days to assume all its representative potential.

It allows us to reflect on transversal aspects like the value of imperfection, in an altered pavilion that appears neat and immaculate on the first day, but that shows all the traces of desire after days of visits. It reinforces the interpretation of the Pavilion as a temple of the German soul, now white, although still devoid of its eight columns on the access facade. We can compare it with the image of that model made of white cloth that Mies supposedly made for the Kröller-Müller family. Furthermore, it shows us the power of the boards, now perfectly visible through the disappearance of the textures and reflections that hid them and that reminds us of one of the perspectives or collages so characteristic of Mies, a collage through which we now can walk. An installation that, in short, works as a trigger for reflection. 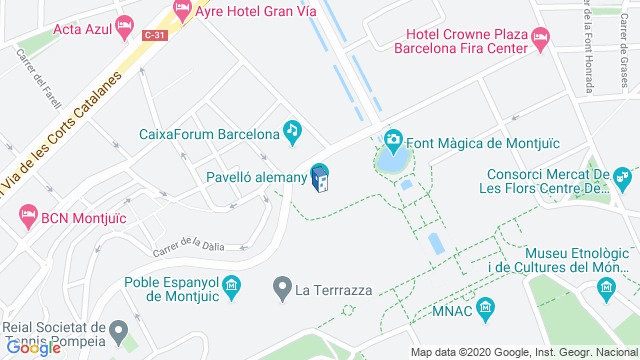 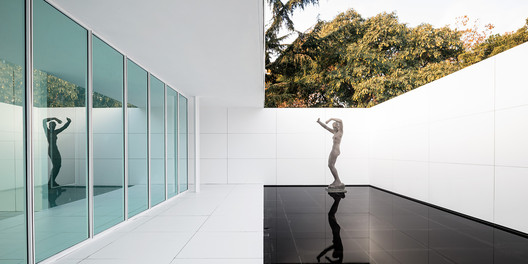