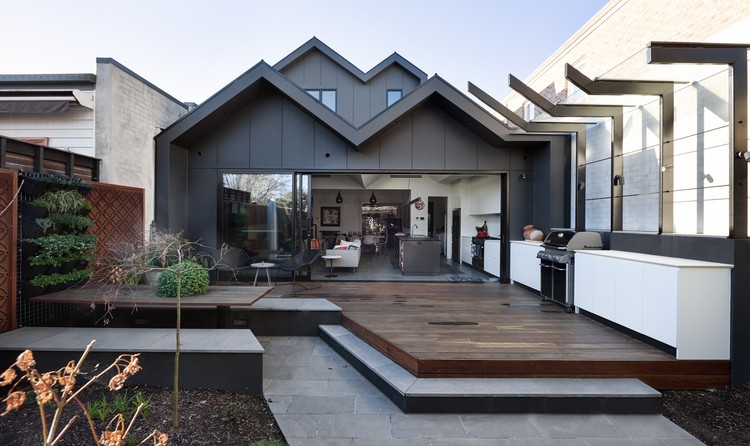 Text description provided by the architects. Located in a wide and leafy street in Kew, this Edwardian-style home has been brought into the 21st century while still keeping its heritage intact. Renovated in the 1990s in a ‘faux Edwardian’ style by the current owners, it required a substantial makeover. “My clients were living in Papua New Guinea for almost 20 years, renting this place while they were away,” says architect Rebecca Naughtin. “It was only when they returned (in 2017) that they were keen to make some serious changes,” she adds.

Naughtin’s brief from the couple was for open plan living together with a first- floor addition. Avoiding the typical response of a large glass contemporary box attached to the rear, Naughtin took her design cues from the period home’s pitched roofline. As the backyard is orientated to the south, it was also imperative to draw in northern light. And although this property isn’t heritage listed, Naughtin was mindful of not ‘overshadowing’ the first-floor extension in this streetscape. The only sign of the two first-floor bedrooms are the black painted windows/doors on the first floor that lead to a balcony, set well back from the home’s period façade.

Timber features extensively in the home, both in the floors and the period detailing, and in the new joinery. The main bathroom, for example, which would have once been a bedroom, still features an Edwardian over-mantle and fireplace. However, not wanting to remain in the past, there’s also a new spotted gum vanity and a freestanding bath. The same level of detail can be seen in the kitchen and living areas, with timber shelves set into the island bench and also used in the living area as display boxes for the owner’s mementos. “We designed a lot of joinery as though it was free-standing furniture, not dissimilar to the Edwardian approach, but in a contemporary manner.” Other joinery items demonstrate a more considered approach to how people live today. Edwardian-style robes are long gone, and in their place Naughtin used the entire passage outside the two bedrooms to create a continuous line of wardrobes.

Although this home is semi-detached, it benefited from having almost two metres in width along the side, allowing the dimensions of the property to feel considerably greater. And while the first owners of the home may have settled with a horse and cart, today, having off-street car parking, is expected. As this property comes with a rear laneway, Naughtin has included a detached carport to the rear. Other works included a new front fence and replacing the original timber boards in the front façade. “It still has that strong Edwardian character, but as you can see, it’s tailored to a couple who want to connect to the garden and the outdoors,” says Naughtin, pointing out the kitchen bench that extends through the large glass sliding doors onto the terrace, complete with built-in barbecue. And when the doors are left open, the lines between indoors and out are further blurred. 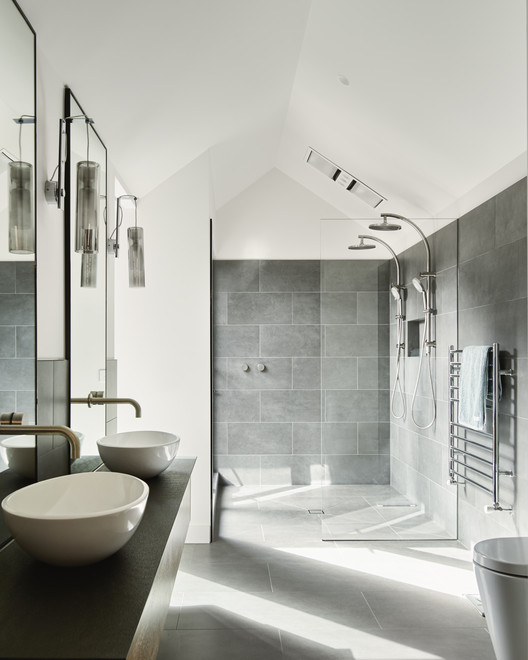