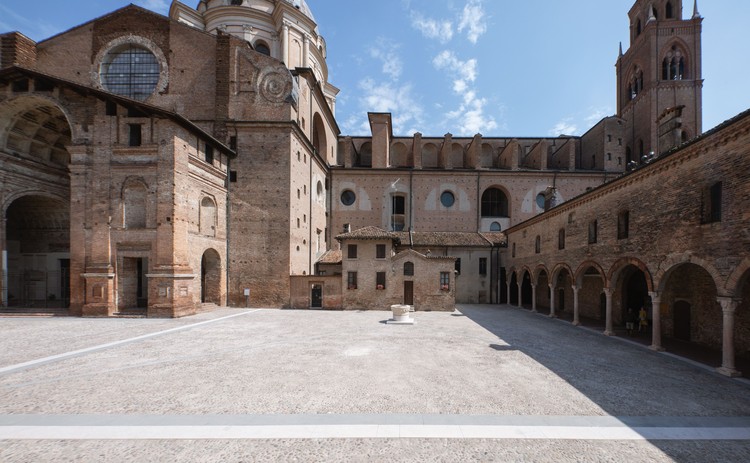 Text description provided by the architects. A historical reading tells us how Piazza Leon Battista Alberti was defined in its current configuration only at the beginning of the 20th century. Before that period it was never a square; the open space was used as a courtyard or a monastic cloister. The latest demolitions that have taken place have defined the urban void by deforming the space towards the northwest by removing the regularity of the shape of the square as it appears in the maps of 1935.

The project for the construction of the temple has never been accompanied by a design that could define a precise relationship with the urban space. The new arrangement of the floors aims to make the perception of space unitary while maintaining the possibility of reading the different functions and the different signs and meanings that have settled over time; aspects that jointly define the precise character of the place today.

The intention is to give the square a regular shape by specifying the edge placed to the west, by creating a small row of trees. The formal choices underlie an almost archaeological approach with the intention of keeping in balance the signs that define the different characters of the places in the overall composition. The area on which the cloister once stood will still be identifiable in its geometric structure thanks to the use of white stone slabs that define the perimeter of the porticoed cloister. The part in front of the side entrance of the basilica constitutes the central space of the square which celebrates Leon Battista Alberti, scholar, and architect, and is hierarchical by introducing a mixture of white pebbles to the river pebbles that pave the whole square, which defines the monumental space.

On the opposite side of the Albertian façade, there is a contemplative seat made with a bronze structure, on which there are: the stone cube that houses the bas-relief that reproduces the structure of the Albertian front for use by the visually impaired, some stone finds from the basilica's factory worthy of enhancement, an engraved slab that recalls the custody of the Sacred Vessels in the crypt of the temple, origin of the construction of the cult building, a seat accompanied by a vertical structure that allows providing basic tourist information.

To separate the main places of the monumental space and the areas destined for commercial activities, a threshold was provided consisting of some engraved plates celebrating the intellectual figure of Leon Battista Alberti placed on the ground. This choice is linked to the lapidary tradition of the historic city which in Mantua has numerous and extraordinary examples; above all the front of the Bertani house and the churchyard of Santa Maria Della Carità. In order to define the lower edge of the square which is currently fringed, a tree-lined space is introduced with seats dedicated to the rest of the people, while the portion of the square adjacent to the vegetation system is simply intended for daily and commercial activities. 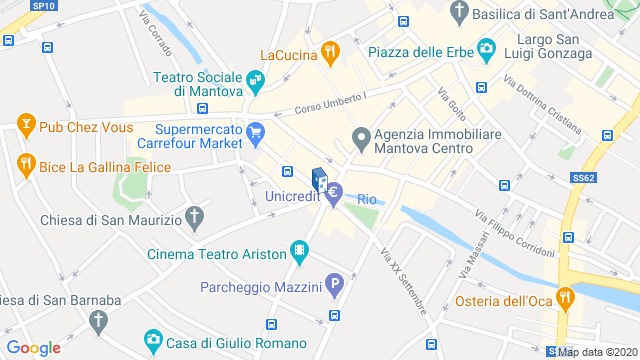 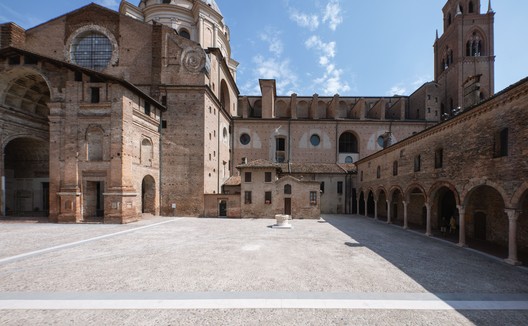