Skidmore, Owings & Merrill have transformed the historic Beaux-Arts Cook County Hospital in Chicago. Designed to help anchor the neighborhood's resurgence, the project team worked to preserve, restore, and adapt the former hospital building as the first phase of a proposed $1 billion redevelopment plan. The proposal aims to revitalizes the surrounding Illinois Medical District and provide new amenities to the area. 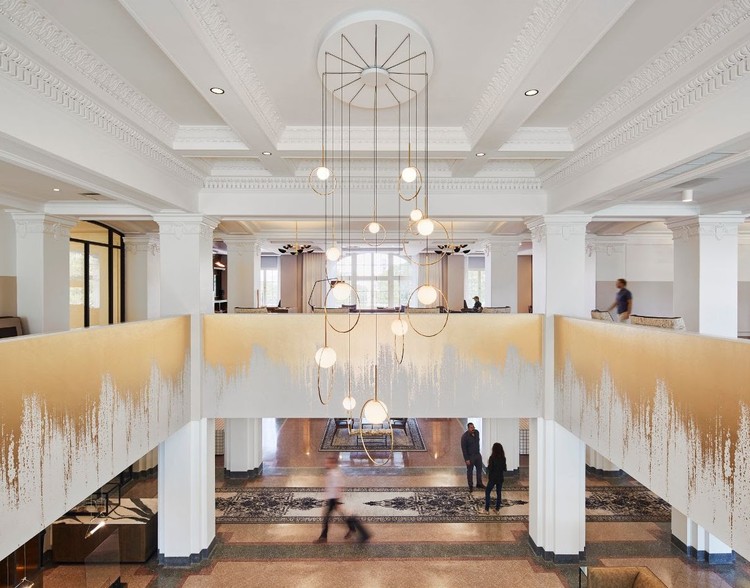 Restoration work focused first on repairing the neoclassical-style exterior, which involved the replacement of more than 4,500 pieces of terra cotta on the façade. Inside, SOM and interior design practice KOO restored red terrazzo flooring and ornate Beaux-Arts molding, while also selecting contemporary artwork, lighting, and finishes.

“We didn’t just want to preserve the old Cook County Hospital - we wanted to bring it back to its former glory, from the facade to the original Beaux-Arts masonry detailing and terra cotta ornamentation,” explains Brian Lee, SOM Consulting Partner. “The restored historic volume and finishes in the main lobby bring the original grand entrance back to life, establishing a new entry point for the community.”

As SOM outlines, County Hospital was where the first blood bank was created in the United States, and the hospital was known as “Chicago's Ellis Island” for its treatment of poor communities and immigrants to the city. A new museum space will showcase the role the hospital played for the city and in the field of medicine.