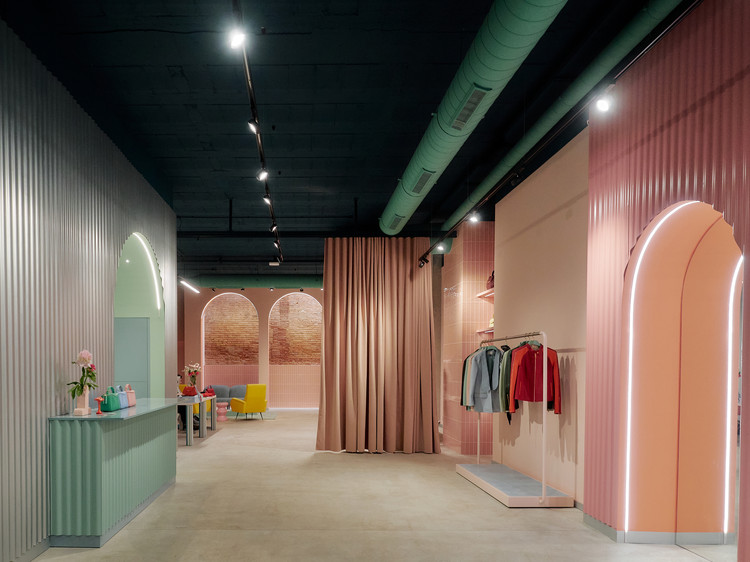 Text description provided by the architects. The project "Espai Mietis" on behalf of Mietis and created by Maria Fontanellas was born in the Poblenou district of Barcelona. It is a neighborhood of multiple dialogues involving different architectural languages, uses and typologies. It brings together the new technology industries in the 22@ area, as well as design schools, universities, new commercial and service spaces embodying contemporary character.

To begin with, we had the idea of preserving the essence of what the original walls had been, which had part of their history written on them while building a new space with the " soul" of Maria's universe on it in order to turn it into her own little world. A world to share.

In this way, part of the original walls were preserved with their own "wounds" and their character directly linked to the idiosyncrasy of the neighborhood. We wanted to show that the new intervention was growing like superimposed layers, respecting different moments of time.

The already existing volumes also gave us clues on how to work on the distribution and we decided to reproduce them in order to create new spaces within the general space, creating a combination of "full" and "empty".

As far as formalization is concerned, we intended to create an environment very similar to Maria's universe by using the curved shape of the arch as a plastic element. We applied it to the skylight at the end of the shop which is an important piece to enhance the luminosity of the space.

Our proposal was to separate ourselves from the already existing wall, leaving a space where the light is presented as another element and, at the same time, works as a separator between the architecture of the building site - symbol of a yesterday - and the filter formed by the 3 arches. With the same intention, we defined the openings of the office zone and the mirror of the central zone. This curved shape of the arches can be perceived differently depending on the angle or perspective from which it is observed.

We also find attractive the contrast between the undulations of the metal sheets and the fall of the curtain rope. Here the curved shape is again highlighted, now playing with its concave and convex parts.

And last but not least, the importance of the colour treatment and the decorative details and final attrezzo directly from Maria's hand, which gave the space this magical touch very close to her way of seeing life and creation. 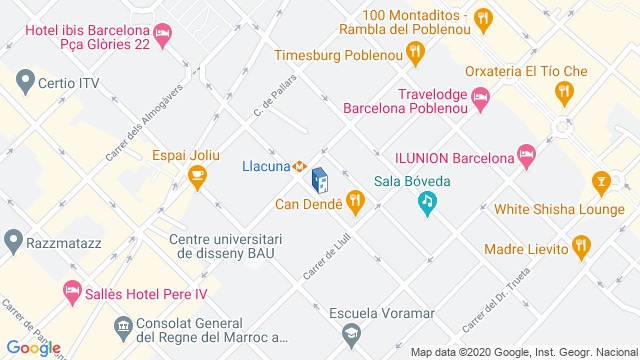