Snøhetta has won the international architecture competition to design the new city hall in Cheongju, South Korea. Working with local partner Tomoon Architects and Engineers, the team proposes new connections to the urban context to promote a sense of shared ownership for citizens and visitors alike. The design aims to create an open, inclusive city hall for Cheongju that will serve as a symbol of collaboration and civic engagement. 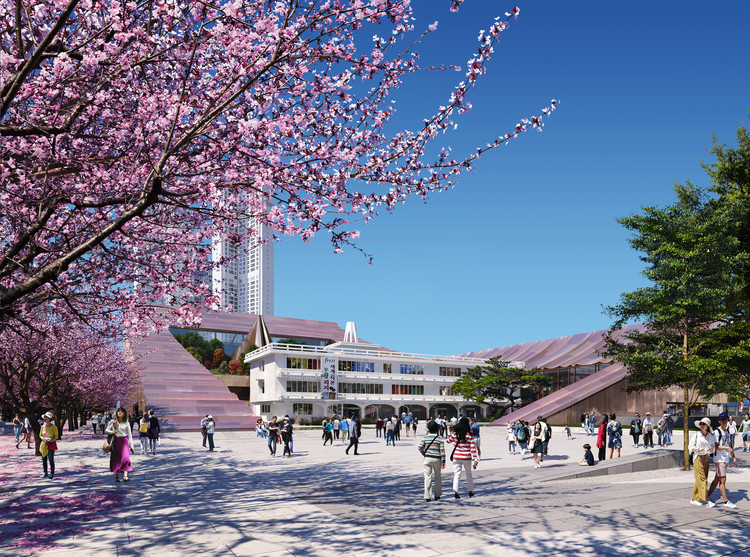 Designed to provide a platform for effective governmental administration, the Cheongju New City Hall is located 128 km away from Seoul. As the team states, Cheongju is the capital and largest city of the North Chungcheong Province in South Korea, and the city is currently a hub for accelerating economic growth. "As Korea’s 14th largest city with over 800 000 inhabitants, it prides itself as Korea’s first municipality to merge several districts into one following a referendum. The vision for the Cheongju New City Hall is to create a landmark representing integrated governance, with minimal distance between the government and its citizens."

Cheongju New City Hall would bring a series of governmental offices together in one building. Administrative spaces would be consolidated under one roof for open communication between departments, while the new building would form an open frame around the former city hall, with the old structure becoming a new entrance portal to the project. Cheongju New City Hall will be made from folded curves that reinterpret traditional Korean roofs.

In turn, the building envelope will be made from translucent and opaque panels that create scale and rhythm along the facade. The development will include access to cultural spaces, from exhibition areas, a library, and an auditorium to amenities such as restaurants, cafes, childcare facilities and a post office. The Cheongju New City Hall is due for completion in 2025. 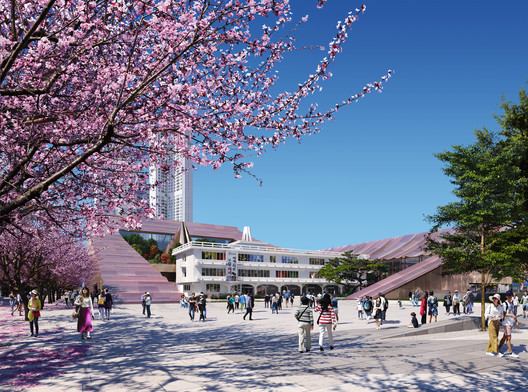