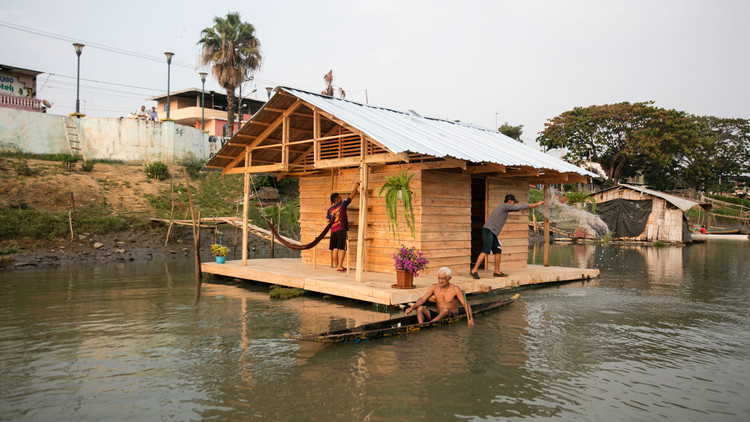 “The artisanal technique implemented in the construction of the floating houses (rafts) of Babahoyo is recognized by the National Institute of Cultural Heritage as a nonmaterial heritage asset of Ecuador, not only for its pre-Hispanic origin but for being, together with the ecosystem services of the river Babahoyo, a component of identity and of cultural-historical value for the city. Although these settlements are the last of their kind in the country, they are associated with a high index of unsatisfied basic needs and environmental problems."

Vision and proposal. Currently in the river, in addition to floating storage equipment, there are habitable structures built in a traditional manner, which do not have a waste control system. Faced with this premise, the project is proposed to be generated in phases.

-An integral treatment of existing facilities and houses, recovering the link between the city and the river.

-Rehabilitation of an existing storage shelter, to generate awareness.

-Planting a system of community sanitary services on the shore connected to the basic public network for existing structures.

The floating habitat is made up of gabled roofs that point towards the city, two-section folding bridges (one fixed on land and the other mobile in the water), peripheral platforms, improvised enclosures of plastic and cane and doors that function as windows. In summary, this type of refuge represents the tectonics of what is necessary, where habitability and the necessary resources are related to the river and the territory that surrounds it.

Refugio del Pescador is located on the banks of the river Babahoyo, in the city of Babahoyo, Los Ríos, Ecuador. With approximately 150 thousand inhabitants, the city has historically developed based on the exchange of products through the river, equipped with floating warehouses and shelters, with a strong tradition linked to fishing and river transport. With the passage of time, these conditions have been forgotten.

Don Teodoro is a canoe repairman and artisanal fisherman who after 35 years continues to use his balsa wood equipment inherited by his father, already worn and in danger of collapsing. During the day he works in the city and in the evening he returns to his shelter.

The intervention proposes the integral use of laurel wood, being a traditional resource on the Ecuadorian coast. The first step was the reuse and extend the original structure of the floating platform to generate repair space and productivity, supported by recycled plastic drums under balsa wood buoys to improve buoyancy. The slope and height of the roof, along with its truss design, is increased to produce cross ventilation and create storage spaces. The accessibility and functionality of the refuge are optimized by adapting a new bridge. This added to complementary strategies such as slanted wooden panels in the envelope, for waterproofing, artificial lighting with photovoltaic cells and a vegetable garden on the bank of the river. With these strategies, the purpose of a transformation of the existing habitat in the same 9m2 space is fulfilled.

The financing of the shelter is self-managed (consisting of savings, donations, external volunteers) of the architecture team to obtain resources to work together with Don Teodoro, the community and collaborators.

El Refugio del Pescador is an engine of conscience that manifests a silent and unpretentious work for the better to improve the habitability of the river; through the active participation of the occupant, community, architect and the imminent need to revalue a traditional artisan technique in extinction along with the historical memory of the city. 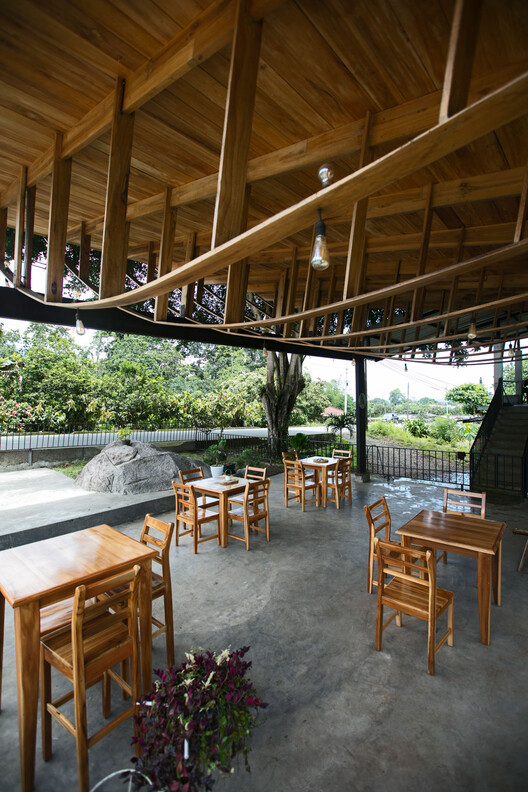 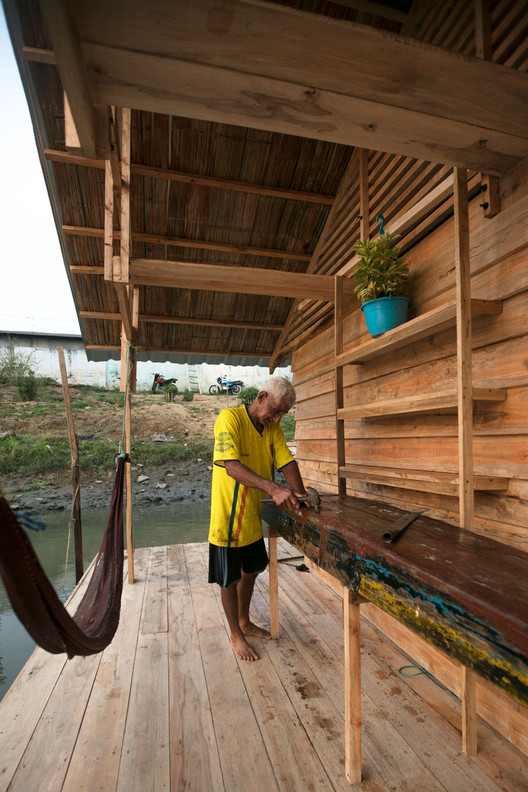 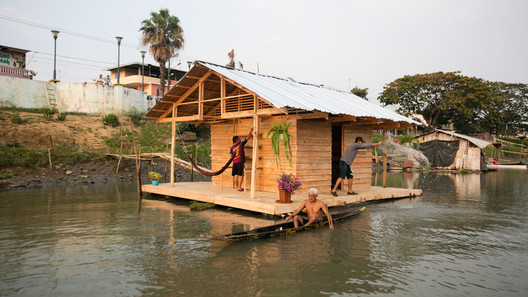