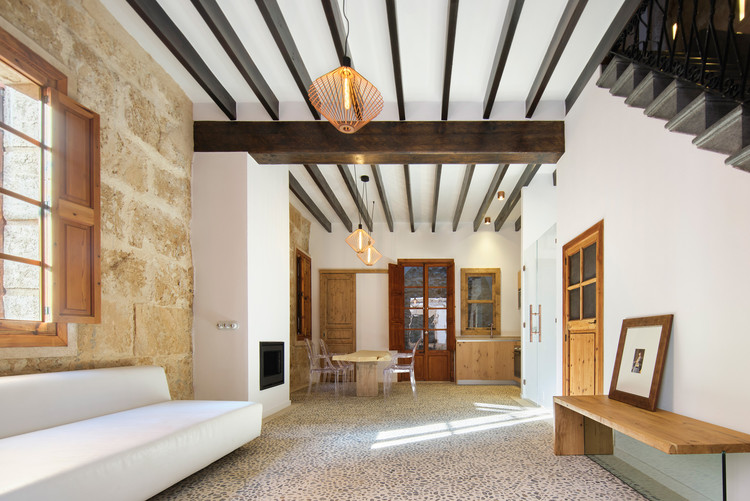 Text description provided by the architects. During the rehabilitation of this house located in the heart of an ancient Roman city, Pollentia, its been sought to liberate it from coatings and superfluous elements that hide its true beauty.

Exposing the natural stone enclosures, its wounds caused by the passage of time and its logical imperfections derived from a construction process of its era. The existing recovered elements have been mimicked with materials and elements of new execution, presenting a special detail to the texture and finish, integrating them into the home, merging one era with another, as if they had always coexisted with each other.

Each scar in the house tells a past story, which, far from wanting to be hidden, has sought to adapt the project and connect the past with the present in the aesthetics and functionality of the house.