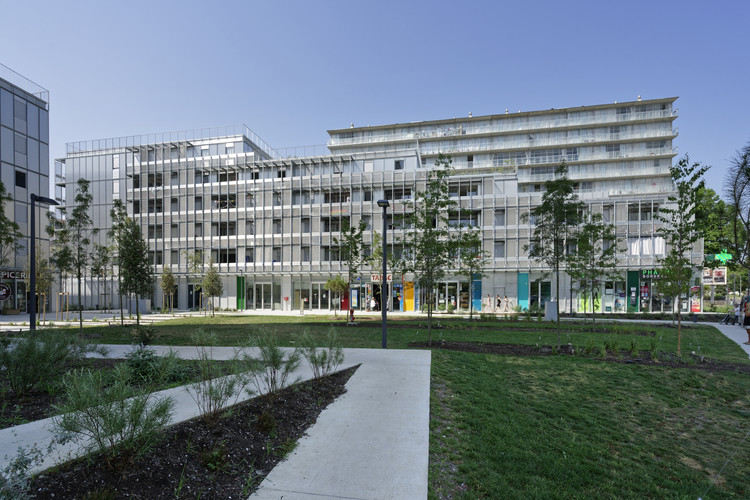 Text description provided by the architects. In northern Bordeaux, the Grand Parc district is made up of slab and tower blocks where the project slips into, aligning or misaligning its edges. The layout uses the existing orthogonal grid to blend the architecture into the urban landscape while providing its singular visibility. Parallel to the old blocks, the two new buildings present a distinct volume and delineate a green agora visible from the passing Tramway to the north.

In contrast to the large-scale environment and its ability to break down social ties, the square calls for privacy, meeting, and strolling. It allows buildings to be linked together while respecting minimum separation distances, makes the plot breathe, and fills it with urbanity. Hence the importance of entry passageways which gives the sensation of progressing in a protected area.

Beyond producing perspectives, these « corridors » function as intakes of natural light and air. The layout meets the requirements of densification and mixed uses by distributing shops and offices on the ground floor, topped with housing, and by positioning parking lots at the edges of the plot to facilitate the pedestrian circulation.

The alternating empty and full spaces of the plan characterize the architecture as well, which takes advantage of the sun position and harmonizes with the slap renovated by architects Lacaton and Vassal. To protect the privacy and maximize sunlight, most of the housing and offices are distributed over the five levels to the south. The arrangement of terraces offers south-facing views to the city while above-ground vegetable gardens are set up to the north, accessible to all tenants.

The roof is thus treated as a fifth façade: sculpting architecture helps to invent a specific environment that dialogues with the urban landscape. Likewise, the play of rhythms, lines, and openings in the façades resonate with the regular molding of classical Bordeaux architecture.

Conceived as both a sensor and a filter, the façade absorbs and channels light, limits temperature exchanges between indoors and outdoors, and preserves the private life. Coupled with the sandwich panel system, the technical structure and its dry implementation (with in-factory prefabrication) optimize the building’s energy performance, its durability, and its production cost, in addition to limiting project waste. 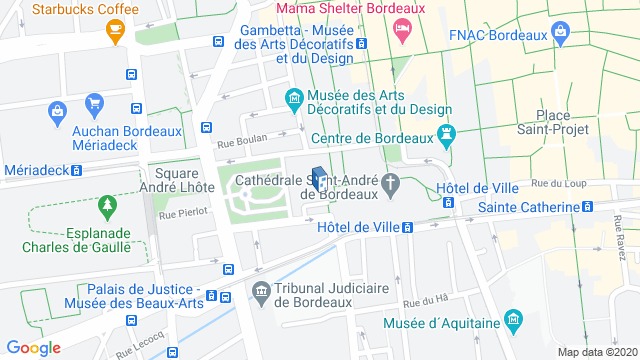 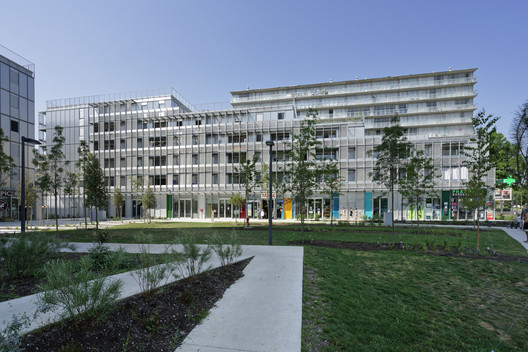