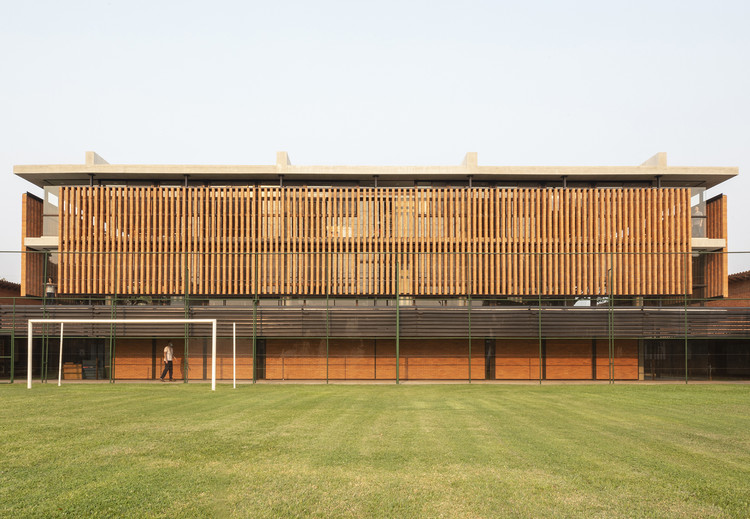 “I got an order from the school board that said ‘We have a great idea. We should not put windows in the school because children need wall space for their paintings, and also windows can distract from the teacher’. Now, what teacher deserves that much attention? After all, the birds outside, the person scurrying for shelter in the rain, the leaves falling from the trees, the clouds passing by, the sun penetrating: these are all great things. They are lessons in themselves.” – Louis Kahn

Instead of creating a “monoblock”, heavy, aggressive and closed, which in a certain way represents the old and obsolete model of education, the project proposes two longitudinal, permeable and transparent bars, which are adapted to the new educational criteria. Open and permeable, the proposal connects and relates the existing elements that constitute the functional and spatial structures of the school.

All of the classes allow spatial continuity of the courtyards located on both sides. This allows natural light and shadows to penetrate all of the classrooms. Towards the corridors, the visuals are obstructed by interspersed walls, which protect the classrooms from sounds and provide a certain privacy, but allow cross ventilation and natural light.

The structure is resolved by an orthogonal grid of reinforced concrete beams and columns. Each block contains 4 rows of two pillars, which correspond to the axes of the attached block. On the last level, the beams are inverted and braced between both pavilions, thus structuring the ramp that hangs from these transverse beams.

The brise-soleils respond not only to the climatic condition, but also dialogue with the immediate surroundings of the building, taking as reference old brick filters located along the circulation of the school. These slender elements create a veil that protects the interior in all orientations: to the east, west and north due to the inclination of the sun, and to the south due to the rains and to give greater privacy to the interior. The structure of the parasols, angles and metal pipes, are anchored to the external perimeter beams. The bricks, structured by internal rods, which serve as guides, rest on the angles, which in turn transmit the loads to the reinforced concrete structure.

All the materials used are those that identify, not only the image of the school, but also contemporary Paraguayan architecture. Bricks, concrete, wood and metal are noble, durable and accessible materials.

The architecture of the building expresses its meaning and embodies the values of openness, inclusion, permeability and accessibility. Structural and functional logic, material honesty and spatial quality are the answers offered by this new building. 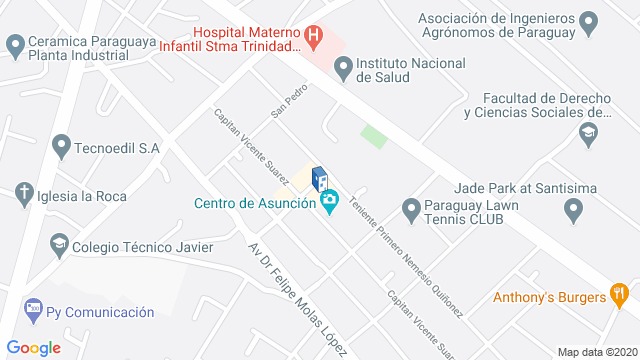 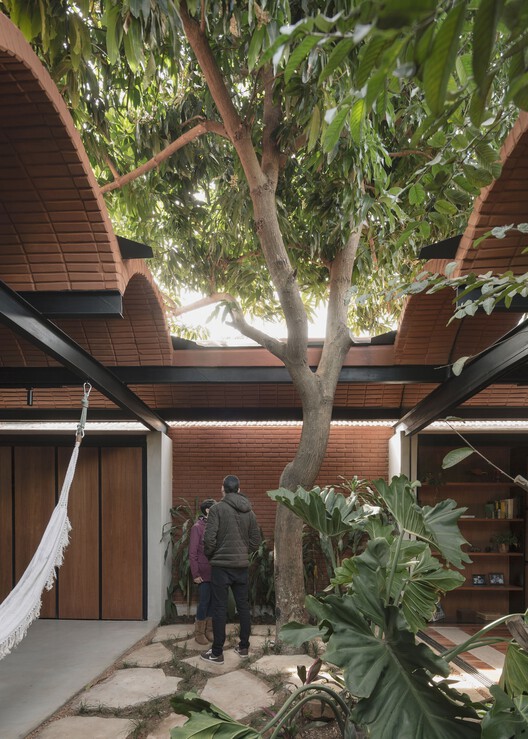