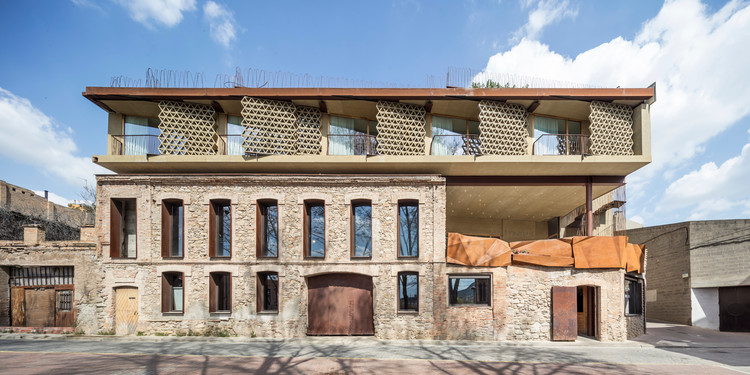 Text description provided by the architects. The Somiatruites is a project of two brothers, an architect and a chef, with the desire to embark on a journey together where cuisine and architecture would come together and transmit shared values of integration to a neighbourhood, a city, and a very specific socio-cultural context.

The project began in 2013 with the refurbishment of an old tanning factory in the Rec de Igualada neighbourhood, transforming it into a restaurant.

The Rec neighbourhood, situated between the walls and the river, for more than five hundred years has been an area in which the large tanneries existed alongside small gardens in the riverside surroundings. Though there are still tanneries there producing what is considered to be one of the best leathers in the world, successive crises have left a great architectural heritage empty.

Contributing a project with the capacity to promote the regeneration of the neighbourhood, while maintaining historical links, was one of the premises. The hotel is the evolved restaurant project, providing the tanning companies with space where they could host their clients.

Hotel Somiatruites was created with the will to integrate itself into the architecture of the neighbourhood in a sustainable manner and become part of the global gastronomic project.

The building is constructed as a light metallic structure that sits atop the old tannery, preserving it in its original state, separated by a line of shadow that shows the contrast of time and also integrates the new with the old, existing framework.

The facade is defined by lattices that provide shade from the sun and which are a modern-day nod to the lattices found in the drying areas of old tanneries.

Covering the whole of the roof is a garden where the origins of the Rec neighbourhood - gardens among tanneries - converge, and is a commitment to a future transformation of a sustainable neighbourhood and the main tool for designing and explaining the Somiatruites cuisine. The garden is fertilised by the chickens living there and irrigated by the well water from beneath the factory.

In the interior: leather, wood, and light are the tools used to create comfortable and welcoming spaces that adapt to the needs of guests. The fact that many guests are business travelers means that the rooms are not simply rooms but also meeting and living spaces, made possible by beds that can be tucked away into the ceiling and tables that also disappears, making the space transformable and dynamic. 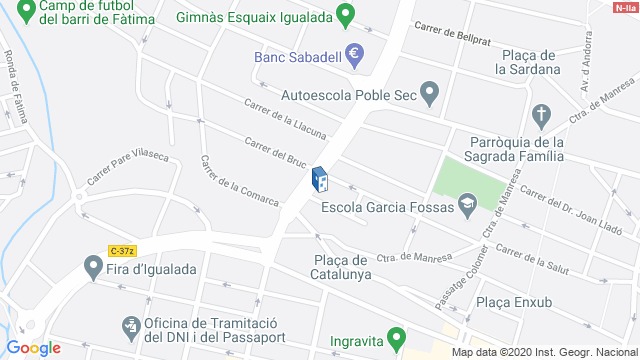 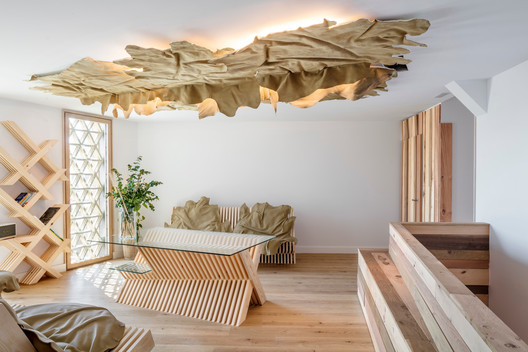