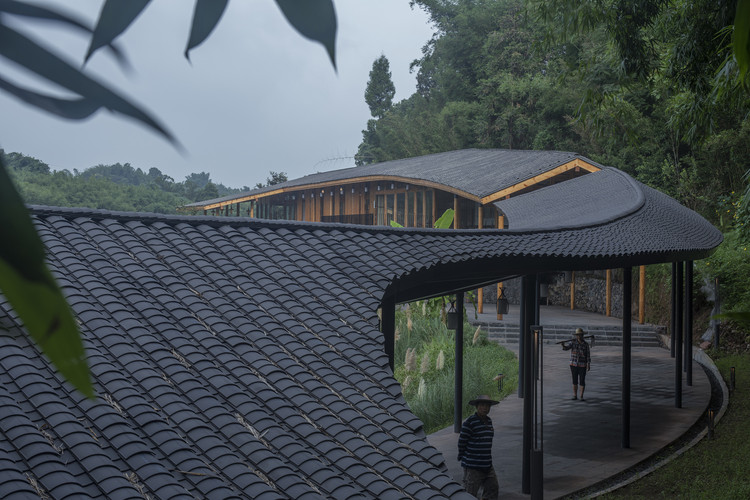 Regional culture and architectural purpose. "Bamboo Branch Academy" is located in Yongjiang Village, Zhuhai Town, Changning County, Yibin, Sichuan Province, near the famous Shunan Bamboo Sea Scenic Area. The project, situated in a small village in Huangjuetan, Yongjiang Village, is surrounded by bamboo forests, paddy fields, vegetable fields, and hills. The Yujiang River is babbling in the west and the south, and Shunan Bamboo Sea in the north rolls like a large green screen. "Bamboo Branch Academy" was developed as China implemented the "rural revitalization" strategy. Mentally, its architectural purpose is to "develop the bamboo industry in accordance with local conditions, and landscape Sichuan villages with bamboo forests" and "make bamboo of Yibin an ecological gateway to introduce southern Sichuan to the world." Physically, its architectural purpose is to build the Music Workshop under Bamboo, Paddy Field Academy, and Guild Hall for Buddhist Meditation.

Architectural imagery. The first visit was conducted in the late winter of January 2019. The village was wreathed in mist with all plants withered. Only the ducks playing in the paddy fields, dogs barking at strangers, and villagers strolling in the fields add to its vitality. Though quite bleak and desolate, it brought a rare sense of tranquility and leisure. We were impressed by the various images here - the bamboo-clad hills around the base, the mud walls covered with bamboo strips surrounding the dilapidated house, the grayish blue-tiled roof, and the plantain trees next to the old house. They are common in the countryside of Sichuan and hardly can leave a deep impression. We got excited upon seeing the bamboo forest by the river before leaving. Numerous bamboo shoots thrived with irresistible momentum, arising out of the canopy formed by mature bamboo towards the sky. A few had sprouted, reminding us of a bamboo-themed poem written by Zhang Zhengjian. It was in stark contrast with what we saw back in the village, which impressed us a lot. It reminded us of the motif of the project - "revitalization", which can be linked up with such words and phrases as "prominence," "getting rid of the stale and bringing forth the fresh," and "prosperity of both the new and the old."

Architectural artistic conception. People in southern Sichuan live in villages built with and surrounded by bamboo traditionally, as characterized by "one house with one patch of farmland and one courtyard." Mou Yanwu's Written while Living near Water and Bamboo offers a prime example. By its barrage of beautiful imagery—such as a cabin encircled by clear water, green chiffon, vibrant fish and birds, the reflection of a balustrade on the rippling water, a small writing desk, a gentle green drizzle— the poem truly portrays the project's architectural concept. The "cabin encircled by clear water" is a metaphor for the rolling architectural form, "the reflection of a balustrade on the rippling water" indicates the ever-changing eaves galleries, and the "small writing desk" the function of the academy; the "green chiffon, vibrant birds, reflection of a balustrade on the rippling water and a gentle green drizzle" vividly depicts a tiny world where architecture is in perfect harmony with nature, which is represented by bamboo forests, flying birds, rice paddies, and the light rain. "Between the willows, green the river flows along; I hear my beloved from a boat breaking into song. The west is veiled in rain, the east enjoys sunshine; My beloved is as deep in love as the day is fine."

Endowing forms with ideas, and perceiving ideas through forms. "Bamboo Branch Academy" is created by remodeling two old houses in southern Sichuan. The functions of the music workshop, academy, and meditation should be well combined to separate Bamboo Branch Academy into two parts. The house far away from the road is serene and properly protected. It is renovated and turned into an academy for meditation. The one near the road and thus noisy is severely damaged and should be rebuilt into the music workshop. The two academies are connected by a corridor to create an "image" of "surrounding the house" and a multi-functional outdoor space to add vitality.

The modesty of bamboo shares something in common with zen. The idea of bamboo knots is turned into the form of the interior and exterior of the academy for meditation. The image of bamboo knots is materialized with the semi-outdoor yard, the porch with eave, and the ventilated yet non-penetrated inner room. The idea of the unrivaled nature of bamboo is integrated with that of the liveliness of the music workshop. The idea of "bamboo groves casting shadows and flanking a winding path to tranquility" blends into the image of the whole space of the music workshop, and is represented in an abstract way by the bamboo thickets in the yard, the white steel pipes in the porch, the indoor glass patio and bamboo installations.

The undulating grayish blue-tiled roof, the embodiment of the image that the "house is surrounded," is compatible with the "hills covered with bamboo forests" in the vicinity, and a response to the requirements of local people for "prosperity of the new and the old." The relocation and integration of plantain trees, bamboo groves, and farm paths endow Bamboo Branch Academy with a gentle heart, which, as a new member, is once again embraced by the village! Bamboo Branch Academy is expected to shape the scenery of and add "poetic and pictorial splendor" to Yongjiang Village, Yibin. 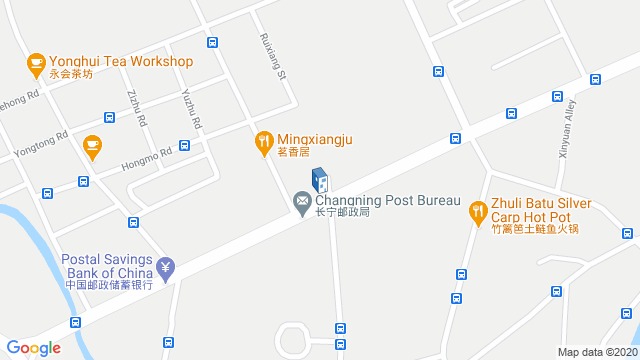 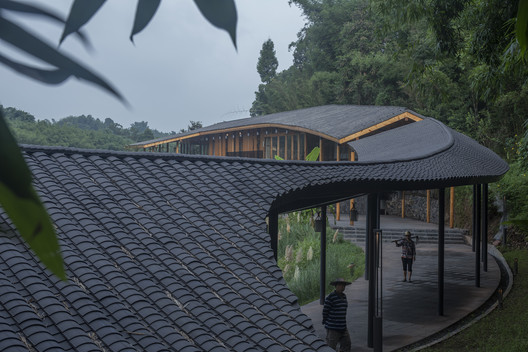