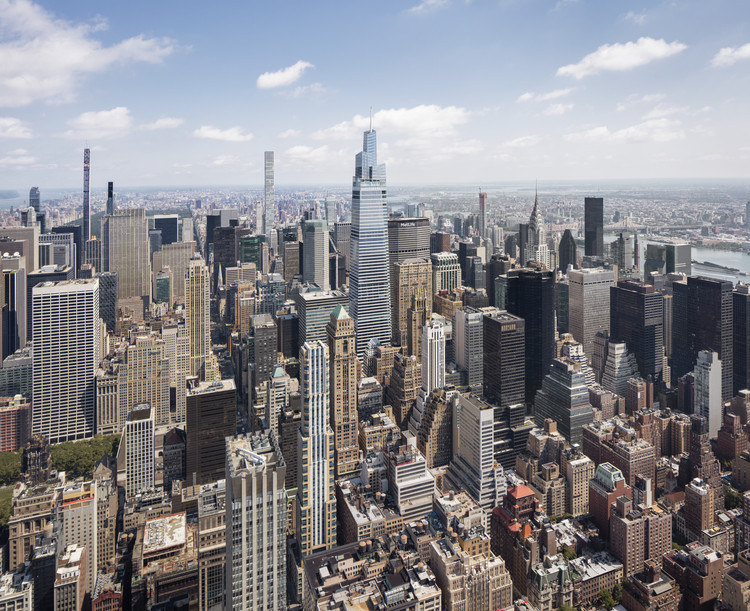 In collaboration with developers’ SL Green and Hines, One Vanderbilt reaches 1,401 feet (427 meters) in height, becoming the tallest office tower in Midtown Manhattan. Transforming both the civic experience of the Grand Central district and the contemporary office space, the tower is expected to achieve LEED and WELL certifications.

Joining KPF’s portfolio of impactful New York projects, shaping the city’s experience, One Vanderbilt follows the Chrysler Building and Empire State Building in defining the renowned skyline. In fact, for the exterior envelope, the design team collaborated closely with Studio Christine Jetten to create a glaze that is contextual in nature yet modern enough to stand on its own.

As a rectangular plan tapered point tower, its prominent top joins the Empire State and Chrysler buildings on the skyline. At the same time, the design gives the high rise a new relevance of social and environmental purposes. The new building connects both spatially and programmatically to Grand Central Terminal. It opens up a visual corridor at the ground plane and establishes a major public plaza while providing direct access to the station from its lobby. -- James von Klemperer, KPF President, and Design Principal

Comprising four interlocking and tapering volumes that spiral toward the sky, in proportion with the surroundings, the supertall building has a direct connection to the metro and regional transit system. Blending private and public, the tower is linked to Grand Central and an active, 14,000 square-foot pedestrian plaza on Vanderbilt Avenue. Part of the spatial sequence of the new plan for East Side Access, which extends Long Island Rail Road (LIRR) service to Grand Central, the tower will be fully integrated within the network as of 2022.

In order to enhance pedestrian flow throughout the public spaces in and around the building, the team engaged KPFui or urban interface to study different massing and created custom evaluation tools to facilitate the design of the tower. In fact, “the resulting design prioritizes movement and allows more daylight to street level than the building on site previously, despite its larger size”.

The materials of the building reinforce a Manhattan DNA. The authenticity and quality of these details are not only critical to their relationship within the tower itself, but also to the neighboring buildings including Grand Central and the Chrysler Building. This includes the custom glazed terra-cotta facade and soffits and the bronze podium framing, as well as the main lobby’s bronze “art wall” installation and hammered desk marking the arrival. -- Jeffrey Kenoff, KPF Design Principal. 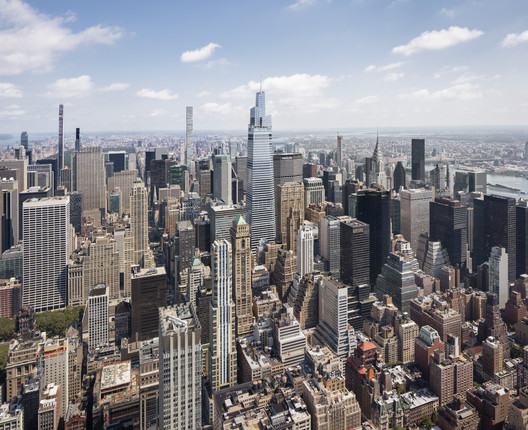