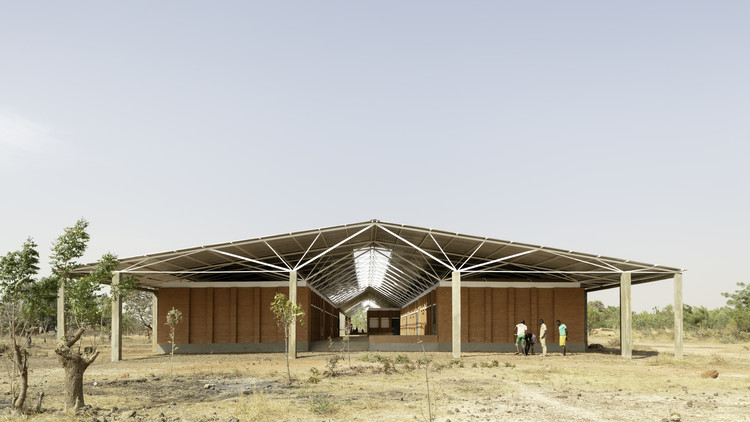 Text description provided by the architects. One of the most recent actions of the Burkina Faso Ministry of Education in the fight against school dropouts has been to unify isolated schools into school complexes where education is provided from nursery to high school. The project includes the development of the new Bangre Veenem School Complex from the existing Primary school in the village of Youlou (Koudougou), as well as the construction of the Secondary school and auxiliary buildings (canteen, staff changing rooms, water tank and other service areas). In the future, the NGO and the city council will have to complete the intervention with the construction of the Nursery and the central Administration of the complex.

The mayor's office and the neighbours make more than 8 hectares of land available to the project in order to complete the infrastructure, since schools in Burkina Faso's villages are usually formalized as multiple ground floor pavilions scattered over large areas of land.

The first decision is to compact the proposal to reduce the intervention area by 40% (5ha) in order to affect existing housing communities and their farmland as little as possible. In addition, it has been decided to divide the property into two zones, North and South, with an "outside" area in between, a large public square for access but also for transit, to prevent the perimeter closure of the school from turning it into a barrier of up to 500 meters of side.

Most of the intervention is concentrated in the central area of the site, arranged in three horizontal strips, where the intermediate one is the great void to access, in the North is located the Secondary School, the Central Administration and its parking spaces, and in the South the buildings for the Nursery, the Canteen and its auxiliary and parking areas. These divisions and the place where the buildings are located also respond to the presence of some majestic Néré (Parkia biglobosa), which the program will refer.

The proposal foresees the construction of the main buildings - Secondary School, Nursery and Administration- with walls and vaults made of compressed earth bricks (CEB) and with a double upper protective roof, and the auxiliary buildings, together with the closing walls that make up the central access plaza, in thick weather-resistant stone walls.

The Secondary School is conceived as a single building. The different bodies that compose it are located under a large shelter canopy, which is perforated at its ridge to naturally light and ventilate the interior terrace that provides access to the classrooms. The canopy is also deformed and interrupted in its central section to protect the lower building and to give rise to the large green pergola that covers the main entrance in the south.

The sequence of classrooms is arranged in two parallel alignments, N-S oriented, with a simple dimensional asymmetry caused by the number of classes that compose them. The central volume of the management office piece abandons this alignment, it advances and it points the entrances to the different areas from the south access, it’s erected as the third facade of each interior terrace (the fourth would be the landscape to East or West) and it generates a back area for teachers to the north.

Numerous trees will be planted around the buildings to provide ample natural shade and to reduce the temperature and the presence of dust in the air. Similarly, the large pergola at the entrance to the Secondary School or those in the parking areas will be shaded by dozens of vines (Bougainvillea)  planted for this purpose.

But that will already be the next rainy season. Meanwhile, students and bicycles find shelter under the great Néré. 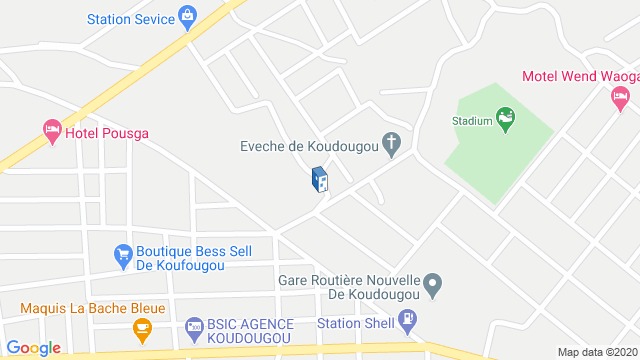 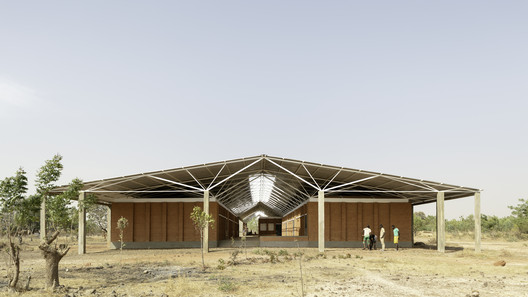