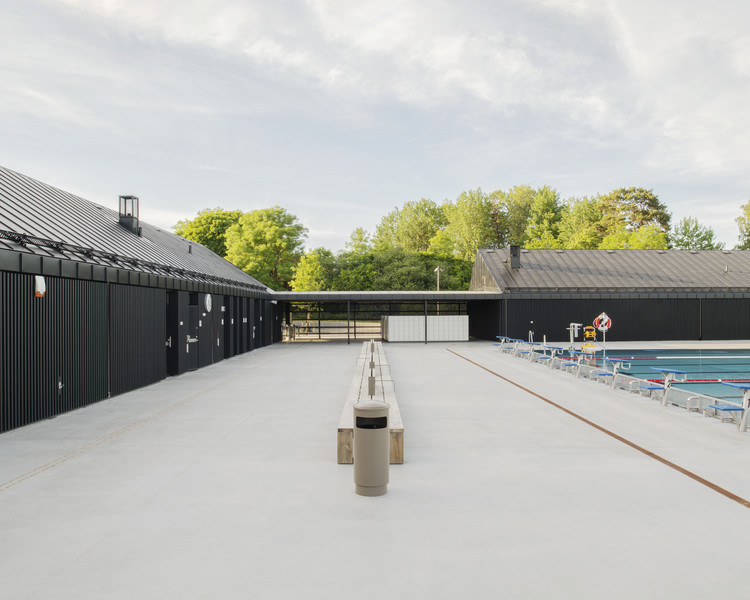 Text description provided by the architects. A new outdoor swimming pool with the goal of increasing swimming skills in the Järva area in Stockholm and creating an inclusive meeting place for everybody. The pools contain two practice pools, a swimming pool, and a children's pool and splash section. In addition, there are changing rooms, staff rooms, technology buildings, and a cafe. The pools are a commission by the city of Stockholm, situated next to Eggeby farm, which is also owned by the city of Stockholm. The area known as Järvafältet is a cultural reserve so a great emphasis has been placed on creating an architecture that in scale and form naturally fits into the environment.

At the same time, we want to create a building of a public nature that clearly differs from the surrounding farm buildings in terms of, among other things, materiality. Keeping the focus on transparency for the staff, equality, and safety for the users has been very important during the design process, which took place in close dialogue with the client. Plans for an outdoor swimming pool at Järvafältet have existed since the 70s when the construction of the million programs began. It was during this time period that the districts Tensta, Rinkeby, Akalla, Husby, and Kista emerged. In the districts around Järvafältet live many socio-economically weak groups with low incomes and high sickness rates.

The districts' average income is among the lowest in the whole of Stockholm, which means that the children and young people who live around Järvafältet have few opportunities to participate in various leisure activities, travel away during the school holidays, and learn to swim. We are very happy to work with and realize this project, which we believe will make a big difference for the residents in the districts around Järvafältet. In the project, we collaborate with LAND landscape architects. 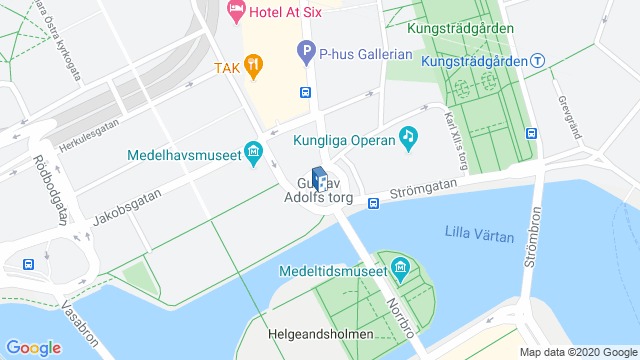 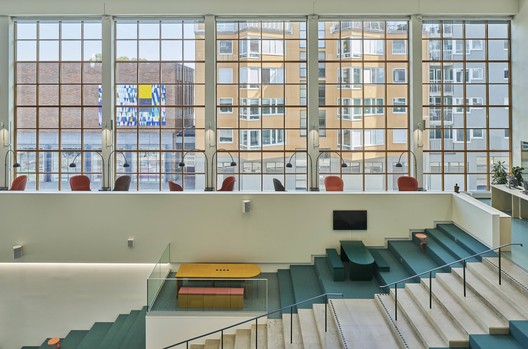