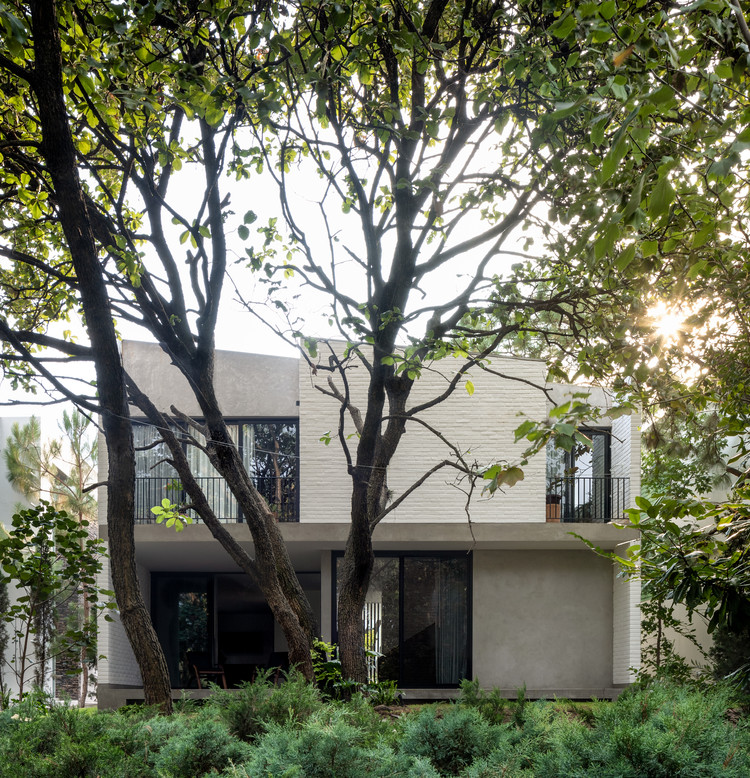 Text description provided by the architects. The project is located in the state of Jalisco, south of the city of Guadalajara, in a neighborhood in the countryside. The commission specified a house for five people and it sought to use the available land surface to its maximum potential.

Starting from a full block, we encountered five trees of considerable scale. Their location and the clear decision of conserving them marked the majority of the formal strategies of the project. Two of the threes, located in the front, defined the garage. Another one, on a side, gave way to the main access path, sectioning the built volume. The rest, located in the back, shelter, and shade the terrace of the house.

From this point, we opened diverse patios, which -in between walls- create a distinctive spatial quality and provide new relationships between interior and exterior. The patios, full of lush vegetation, intimately meet private spaces such as rooms, bathrooms, and showers.

The house was conceived as one single block which called for a single choice of material. Close to the plot, there is a region known for its production of mud-brick, a technique still practiced in some parts of the country. Its cultural value and its constructive heritage encouraged us to use it as a single material for the project’s envelope. The customized exposed brick covers and protects all structural elements, slabs, and mechanical installations while intending to reveal the constructive system and pay homage to the laborious process of the artisanal material.

The resulting volume, with its subtractions which gave way to patios, accesses, and terraces, is now one between trees, which looks to create an interior refuge for its future occupants while relating in its exterior to its immediate and at-large context. 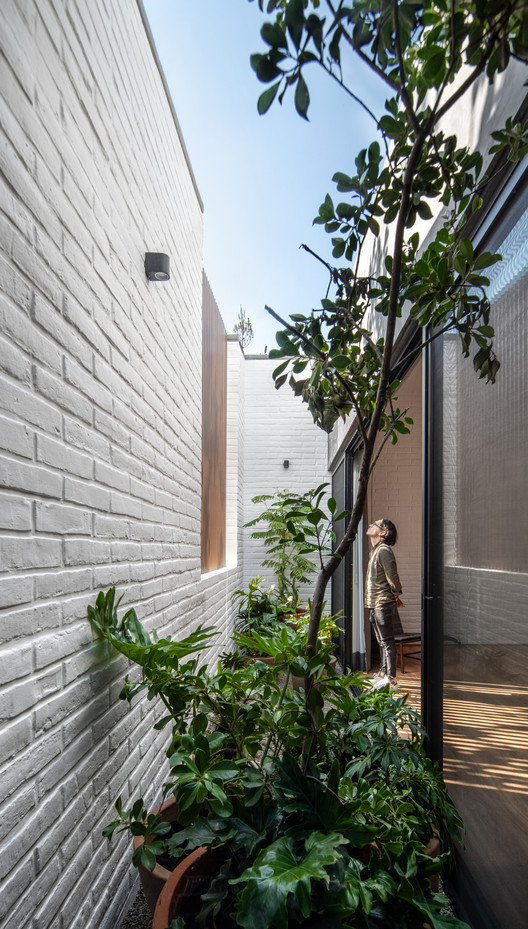