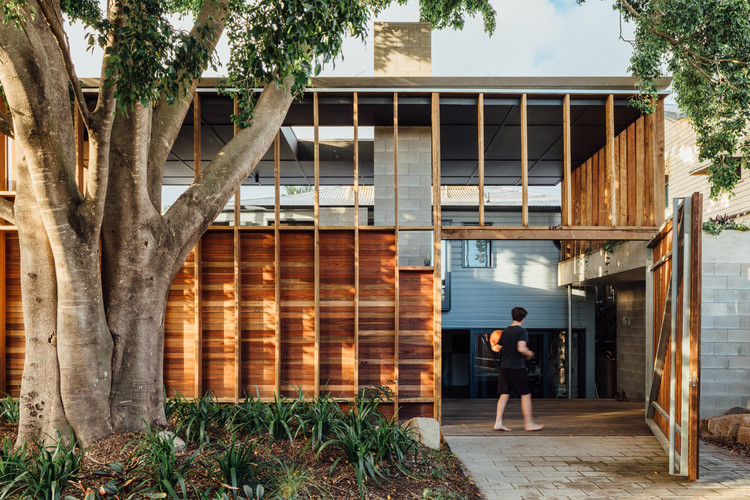 Text description provided by the architects. K & T’s Place is the renovation of a traditional ‘Queenslander’ style home in a rapidly developing suburb of Brisbane. The house and garden occupy one of the last standing residential blocks in this area and the arrangement of the design works to defend the everyday workings of the family from new 16 storey neighbours to the west and predicted unit development to the south.

The original requirements of the brief were for only a deck and two new bedrooms downstairs, but instead the extension component of the design also forms a series of occupiable landings which sit under the canopy of a massive fig tree and allow flexible use and controlled connection between levels.

One of the clients is an artist and has his studio in the undercroft space beneath the building which also serves as a small gallery space on occasion, and these landings allow these functions to spill both outwards into the garden and vertically into the more domestic areas of the house. Upstairs, very small interventions allow the once insular and dark plan to work as three 'streets' of varying levels of exposure and occupation, with connection front and back to light and greenery.

The traditional centralised entry and corridor are retained but resolved at the back of the building in a masonry fireplace which forms an anchor for the structure and circulation alike. Working predominantly with the existing structure, levels, and slab of the house, the scheme plays on ideas of public and private in the family's daily rituals and aims to celebrate small routines of preparation and retreat. 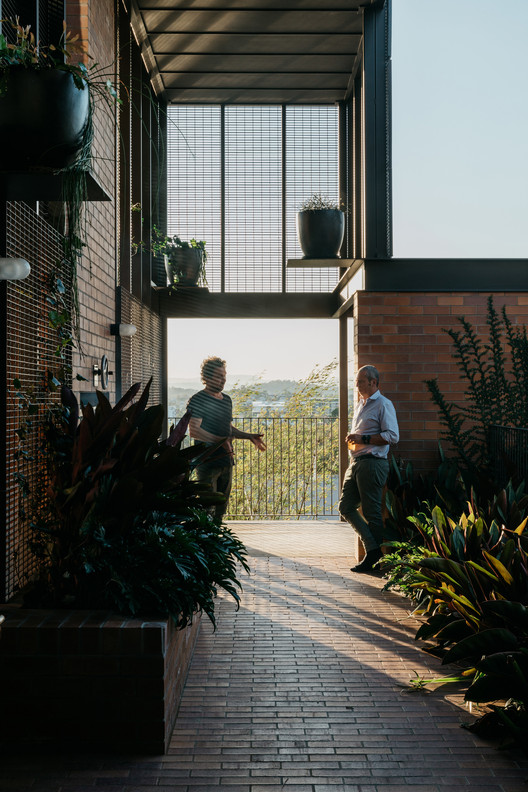 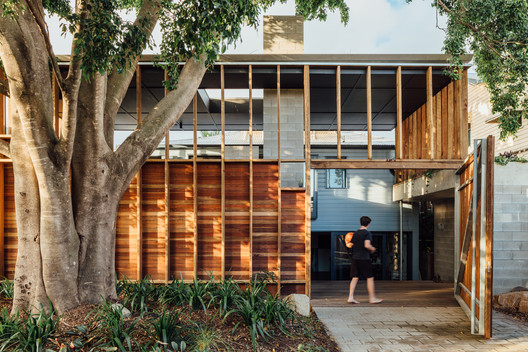