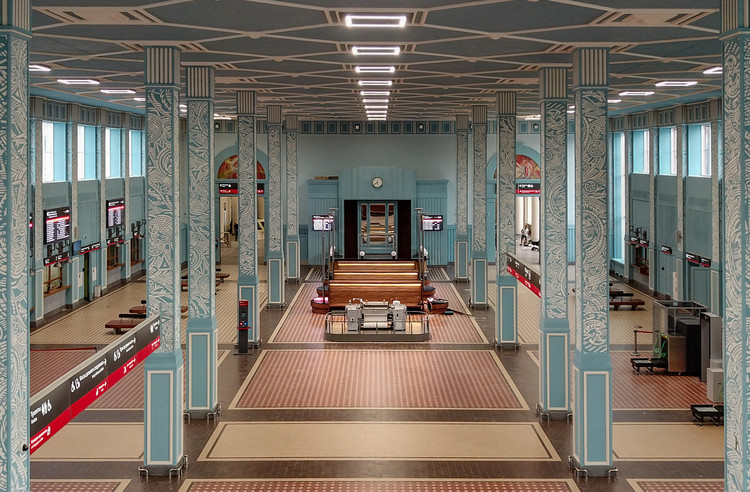 Text description provided by the architects. The Ivanovo railroad station building is both a cultural heritage as well as an architectural landmark. The largest Constructivist station in Russia, it was built in 1933 based on the architect Vladimir Kaverinksi’s design. The total area of the station is 5,755 square meters, and it has a capacity of 2,500 people. From 1933 until the present time, the station has undergone three total reconstructions in the 1950s, the 1980s, and in 2020. Each of these introduced structural, exterior, and interior elements with easily recognizable attributes of the era in which they were done. As a result, the building represents a hybrid of two ideologically opposing, but stylistically complementary artistic trends - avant-garde constructivism and Soviet modernism.

The 2020 reconstruction with restorative work was to have added all the necessary functions and technologies of a contemporary station while revealing its unique appearance and preserving the station’s authentic structural and decorative elements. The reconstruction’s project design was preceded by comprehensive research which showed what remained from the original constructivist style building from 1933 where the overall size, and the larger part of load-bearing elements, including the extensive 158 meters long, 16-meter high facade with large windows as well as circular ones. Also preserved was the passenger flow organization from the station square through the grandiose space of the passenger waiting areas and the exit out onto the train platform.

During the 1950s reconstruction, the gigantic avant-garde passenger hall was divided into two halls - “Blue” and “Red”. The “Blue” hall was decorated in the early Soviet modernism style. The “Red” hall’s decorative appearance was developed in 1980. This hall retains the striking artifacts of later era Soviet modernism. In the course of the 2020 project design, the decision was made by the team of architects to preserve the hybrid character of the building and its image, one having enormous meaning for the city’s residents. Returned to the exterior of the station was a combination of colors characteristic of the 1920s-1930s avant-garde architecture – red, grey, and beige. The “Blue” hall retained the azure and beige wall and ceiling colors. The large windows, gypsum decor elements, and floors done in multi-colored Mettlach tiles were fastidiously restored.

The columns of the “Blue” hall are covered with decorative stucco, with ornamentation based on motifs from the 1930s “campaign textiles” art-project. Use of such stenciling technology for layering ornamental designs onto columns allowed for achieving the effect of using textiles for decorative effect. The interior of the “Blue” hall has been augmented by modern infrastructure ensuring the comfort and safety of passengers, including those with limited mobility. The 2020 project also gave the “Red” hall new functionality: it now allows for exhibits, fairs, and lectures. As a result of the 2020 reconstruction project, the avant-garde station building has become not simply an important site for the city’s transportation infrastructure, but a center for cultural and public events for the entire region, representing a unique example for Russia of a careful restoration of a 20th-century architectural landmark. 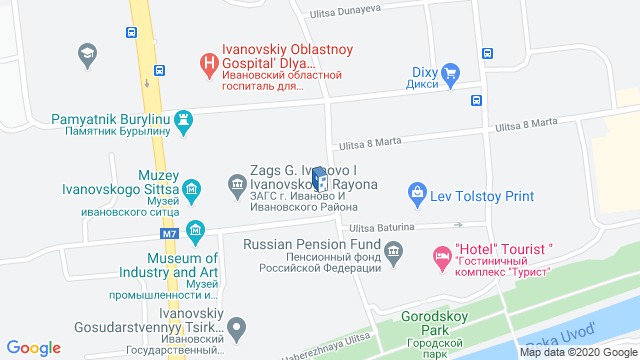 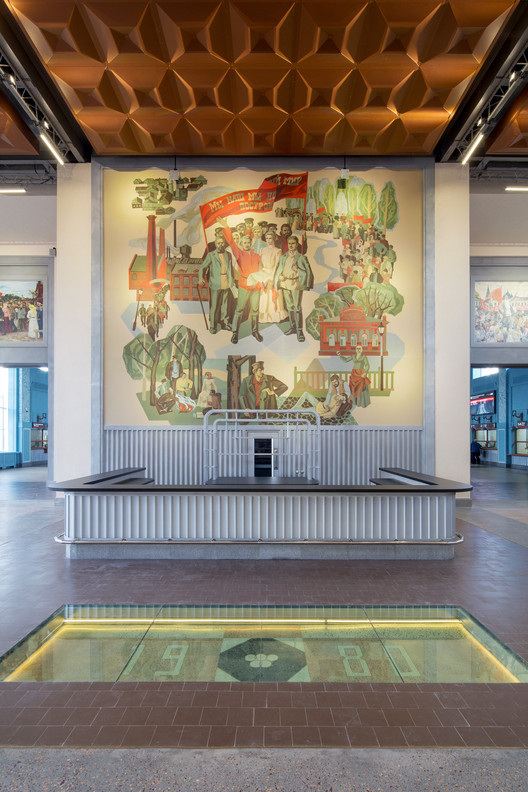