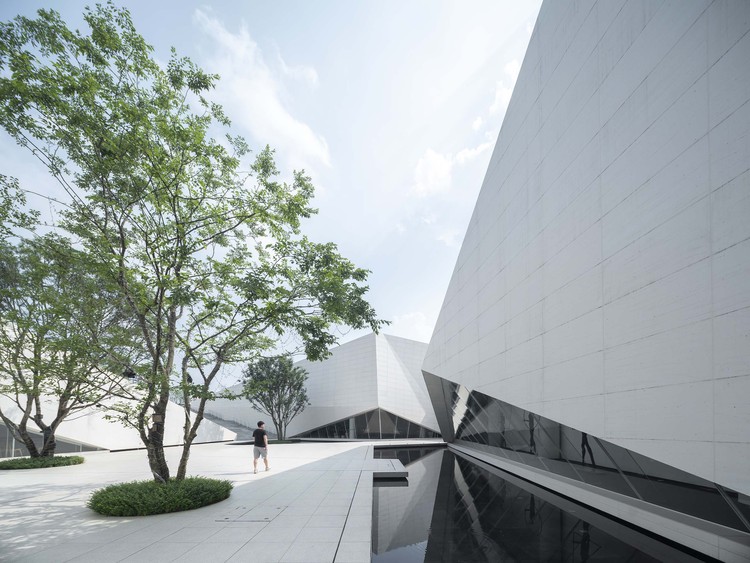 Before design
In 2018, we had been assigned a design commission, which was a river side exhibition hall located in an on-going planning public park. Through a several weeks site and surrounding urban context study, we found out that the volume of exhibition hall together with its high were going to make the contradiction while considering a public park should be open and consistent in space. Furthermore, the independency of exhibition space would weaken the publicity of park. Therefore, in the conceptual design stage, these precedent conditions brought us many challenges; however, it also offered us the opportunity to use the new method to design this exhibition hall.

Architect as one of the developers for urban planning, through the design practice and architectural education, an acknowledged value system, which is always keeping the balance between private and public interests and try to put the public willingness in priority, has been formed. For this project, it is actually an experiment that we full fill the belief of architect value system while balancing the different interests from all the urban stake holders, e.g. the government, real-estate developer, residents......

The project site located on a development zone of Bai Lu new district of Liu Zhou city, where was a post-industrial zone, and used to be a river side village. In terms of the city, Liu Zhou is a heavy industrial basement city which holding a special position in the Guangxi province. A few decades ago, it was one of the most important industrial basements of China. Thus, the local people are very proud of this piece of history. While we discussed with the clients and other participants, we were always told to make link with this history.

Urban planning
Earth-shielded like architectural form has been regard as one possible way to reconcile the conflictions arose from the exhibition hall and park. There are cracks and sinking open space after we put the architecture under-ground. The light from interior spaces escape through the cracks and sinking open space could generate a sense of ‘industrial forest of light’; it could bring special visiting experience for the tourists and, most importantly, these lights throw the clue to the visitors that these is an unknown underground space to be explored.

While designing the circulation of the exhibition hall and its surrounding environment, in the conceptual design stage, we tried to apply the parameterization method, ‘Urban Space Decoding’, in order to get as much simulated results of circulation as possible. Base on the massive simulated results, we finally picked the most potential one and developed the master plan accordingly.

Architectural design
In order to reconcile the conflictions caused by the exhibition hall and park, in terms of architectural design, we had applied a complete set of design language, which is by using the earth-shielded like space and cohesive Euclidean geometry form. The goal is for constructing a humble, mysterious and interesting place. The exhibition hall will not ruin the publicity of park, no matter in the functional or volume perspective.

Specifically, for the massing, we cut several cross-lines on the card paper, then through pull up or press down the vertexes; we will get some interesting spaces, such as the mini mountains, sinking courtyards, slops…… The volume of exhibition hall is hiding below the slops or mountains of four sides.

At the central of architecture, we design a sinking courtyard; it is not only the most important traffic space which is linking the separated volumes, but also offering a central stage for the exhibition hall operators to hold any activity.

Visitors can go up to the grass rooftop. At rooftop, they can observe the events and activities of the central sinking courtyard.

We set aside enough high for the interior spaces of the main exhibition zones, remaining the possibility of renovation in the future. In the meanwhile, for the rest of two secondary spaces, which are mainly for equipments and administrators, through worked closely with the equipment engineering consultants, we minimized the equipment spaces and substituted public service spaces, like restaurant, coffee, mini book store…… We try to design a compound exhibition hall, which is not only for showing stuff, but also for the daily life of residents.

Future & Expectation
Like Kevin Lynch wrote in his book ‘street, plaza, landmark, park, school, none can be dispensed with’. This project was actually a urban creating process from 0 to 1, and the Urban Development Exhibition Hall of Liuzhou should be a compound urban public space and post a positive effect to the neighborhood. We hope it can adjust itself to any change in the future urban development. 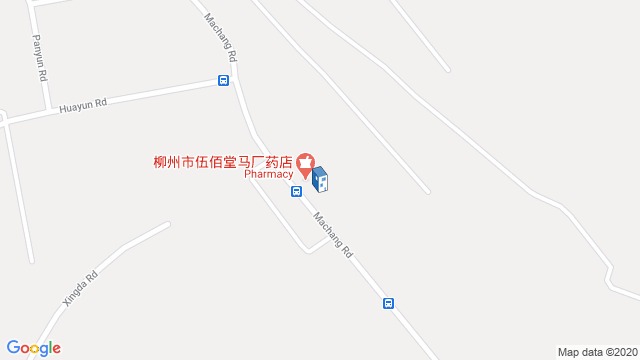 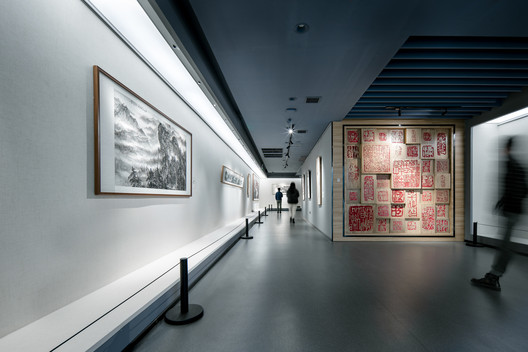 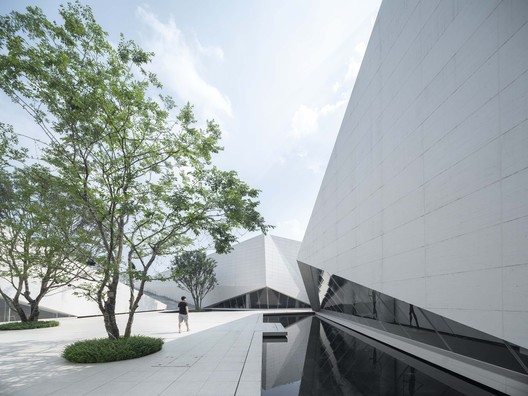