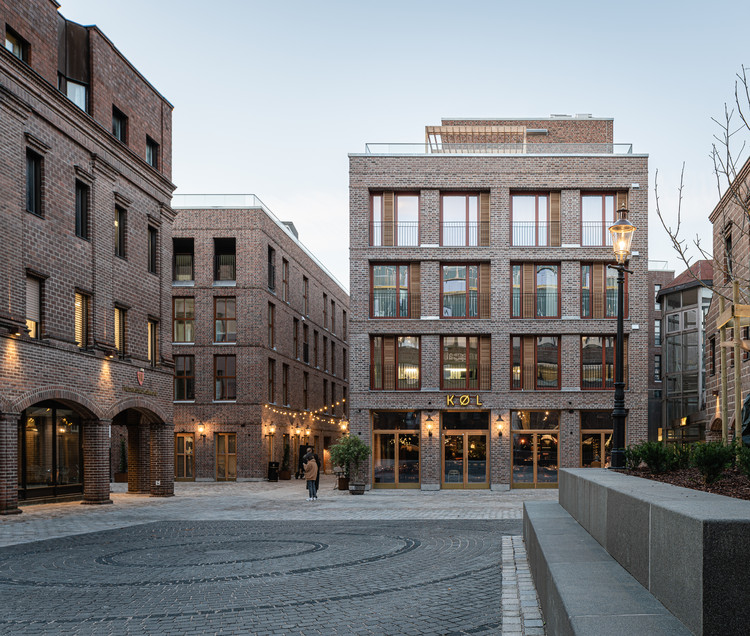 “Nygaard Square” was once the backyard of a city block in Fredrikstad, Norway, surrounded by quaint townhouses. Between the houses were spaces teaming with life; children playing, livestock, and meeting places for friendly neighbours. During the 1970s many of these houses were demolished to make way for four-storey office buildings and an underground car park with Nygaardsplassen established on top. The office buildings featured an intricate, post-modern architectural style including arcades towards the new square. In urban terms, Nygaardsplassen was not a success and later adopted the nickname “The Dead Square”. Shopping Centre Zoning A new planning regulation for the square was agreed in 2012, outlining plans for a 4-6 storey shopping centre.

Cityplan acquired Nygaardsplassen in 2013 and realized that these plans would be disastrous for the development of the city centre. They concluded that only careful programming and ‘friendly architecture’ would bring life back into the streets - and were willing to help boost the adjacent shops rather than outcompete them. Mad were charged with the task of redesigning Nygaardsplassen. The orders were clear: A modern food market at street level and, above it, dwellings to help bring back the round-the-clock life that Cityplan deemed lost.

The Piazza Cityplan and Mad decided upon the most classical of ideas: Two new buildings to fill the void towards the street and a narrow passage between them that would lead to a more defined and intimate ‘piazza’. There are five eateries and bars, including a fishmonger, on street level – and more to come in adjacent buildings. The new passage and square serve as outdoor drinks and dining area for all. What was a forgotten space has become a bustling hub in this part of Fredrikstad.

Friendly Architecture. The placement and appearance of the new buildings have enhanced the existing buildings of Nygaardsplassen. Suddenly, the post-modern buildings seem ‘at home’ as their classical details perfectly complement the setting of the ‘piazza’. The larger of the two new buildings is divided into five smaller segments set apart by height, windows, and brickwork. This reflects the scale of historic buildings and makes the passage less of transit and more of a charming space to enjoy in itself - through ‘friendly architecture’. Above street level are thirty-nine apartments.

Most of them are compact and some are generous, and they accommodate residents at many stages of life. There are four common rooftop terraces, three private rooftop terraces, and a private loggia, all offering great views of Fredrikstad and its surrounding areas. A New Approach Looking at recent planning regulations in Fredrikstad, it is evident that this project has paved the way for a new approach to building height and narrow spaces when implemented alongside open spaces. Creative solutions to this matter made the project possible, and hopefully, this will have an impact on urban development and similar city repairs in Norway. 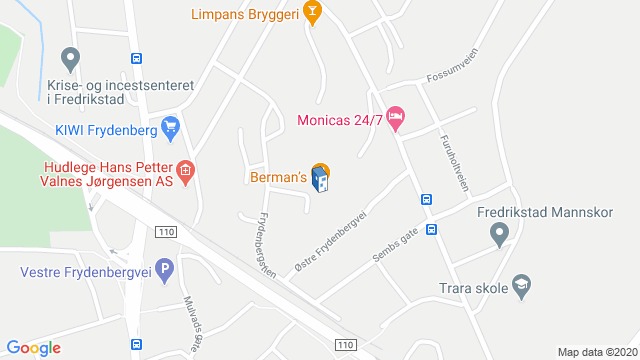