Text description provided by the architects. Xihoudu historical site is located at the junction of Shanxi, Shaanxi and Henan provinces. Mountain Zhongtiao to the north, Mountain Hua to the south, the site is close to the corner of the curving Yellow River. It is one of the most important archaeological sites of ancient human activities, where the remains of fire first used by human back to 1.8 million years ago, was founded in early 1960s. It was enlisted in the third group of the national key cultural relic sites.

The 2nd Youth Games of the People's Republic of China was to be hosted in Shanxi in 2019, and the former Xihoudu holy fire plaza was planned to be updated for the event. The challenge is to have a new design without dismantling the existing facilities. By integrating the holy fire plaza with its surroundings, we have created a mystical, spiritual and philosophical place, which reinterprets the traditional Chinese philosophy -- man is an integral part of the nature.

The extremely short construction period and the severe cold weather condition have forced the creative usage of GRC to mimic the local soil, in order to make the design blend into the Loess Plateau as an integral whole.

A new holy fire park is planned without disturbing the archaeological stratum. “Discovery of fire”, “Rite of fire” and “Conquest of fire” constitute a trilogy for the narrative of the fire in the human civilization.

Visit begins from the original Cultural Artifacts Exhibition Gallery at the hill foot. The entrance of the mountaintop experience exhibition hall is located in the middle of the hill. The deep cave leads the visitors away from the modern setting into a primitive space-time. The former fire seed collecting terrace structure is still reserved with new surface finish, and it is wrapped by the cave with mysterious natural lights.

The discovery of fire is a groundbreaking milestone in the human civilization. This historical moment is illustrated with a beam of light cutting through the cave which delivers the heaven “fire” to the human beings. The angle between the solar altitude and the building axis is calculated for the time of the flame gathering, so as to make an eye-catching moment that the angle of sunlight is to be exactly overlapped with the “slot view of sky” at that time.

Fire enables human beings to live indoors, and tunes their shouts into whispers. The acoustic installation is designed based on the Chinese Ocarina – XUN, and makes the sound pierce through the caves to connect the heaven with the earth.

The stands on the “Rite of fire” square recycle the material of the former holy fire plaza built in 2016, and their configuration refers to the surrounding topographic features. These stands form a perfect viewing platform for the surrounding sceneries of Mountain Hua and the Yellow River.

This project also managed to recover the west of the site from the junk yard left by the former construction. This is executed by digging trenches to minimize the job load for restoring the natural landscape. This creates a mazy path symbolizing a tough journey of human beings for the “Conquest of Fire”. In the future, this place will become an open museum.

The redesigned holy fire plaza is modest, natural and mysterious, bringing visitors into a primitive scene to experience the grandest part of the Yellow River and one of the most influential archaeological sites in China. At the same time, being the holy fire lit place of the 2nd Youth Games of the People's Republic of China, it is remembered in the contemporary sports history of China. 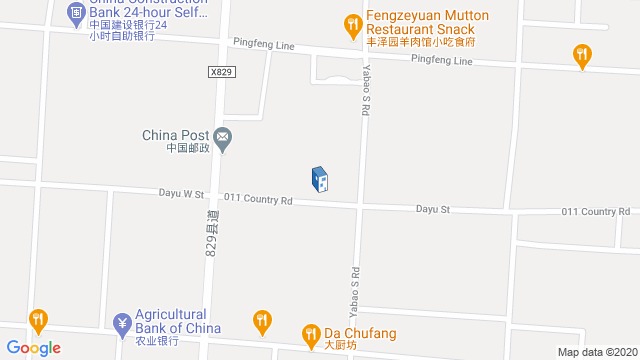