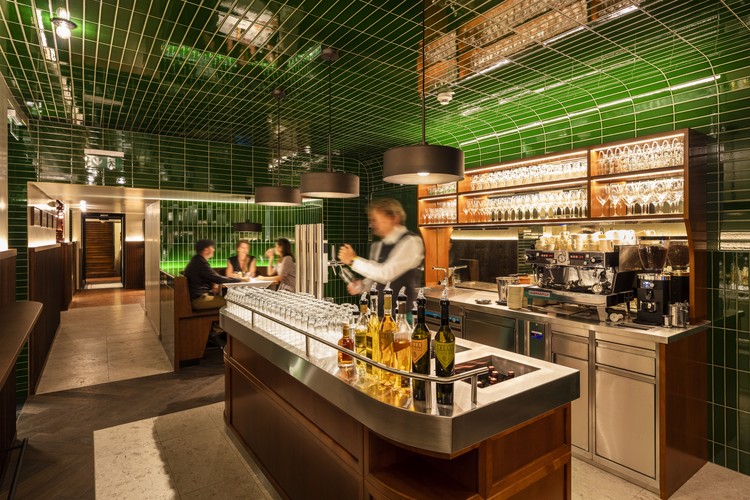 Text description provided by the architects. BWM Architekten looks back on a long list of successful hospitality projects, many of which were for renowned Austrian brands, such as the iconic confectioner Manner, on St. Stephen’s Square, and the Sacher Eck and Salon Sacher, both in the world-famous Hotel Sacher. Now BWM has also refurbished the popular Figlmüller Restaurant in Bäckerstrasse and extended it to include the entire ground floor of the adjacent building. Figlmüller is the first point of call for both tourists and locals when it comes to original Viennese cuisine that is steeped in tradition while keeping with the times. It is famous the world over for its Wiener Schnitzel.

The restaurant’s appearance reflects this interplay between tradition and innovation, between the old and the new. It was extended to include the entire ground floor of the neighbouring building, thereby bringing its total floor area to 450m2 with seating for 250 guests. BWM connected the new and original parts of the restaurant by breaking through the walls. The openings have sloping sidewalls; this directs the eye and creates the illusion that they are pictures on the wall that give glimpses into the adjacent room. BWM Architekten reinterpreted classic Viennese restaurant materials like wood and tiles and congenially combined them with modern elements to create a both familiar and refreshingly contemporary atmosphere.

“Our goal was to preserve the quintessence of Figlmüller’s more than 100-year-old concept, but also embed it in a modern setting,” explains BWM architect Erich Bernard. By way of example, the wooden wainscot paneling, which is so typical of traditional Viennese taverns, was preserved and featured as a traditional element. Its completely redesigned profile, however, makes it look fresh and new.

Specially designed lamps with brass stems and lampshades covered with stained Viennese wickerwork reinforce the concept. The existing stone floor in the original bar area is supplemented with Red Adnet marble, whereas the new bar is clad with warm cherrywood. The floor in the new rooms is covered with oiled herringbone parquet, and dark green Aurisina marble from Trieste provides accents. The tile, an element that is typical of Viennese restaurants, is featured in more than one way.

Dark green tiles cover the wall behind the new bar and the ceiling above it. They are also used for the passageways between the old and new sections, while the thresholds are made from Verde Assoluto natural stone. The seating, in a style typical of taverns, consists of rustic, vintage chairs that have been freshly stained and varnished. 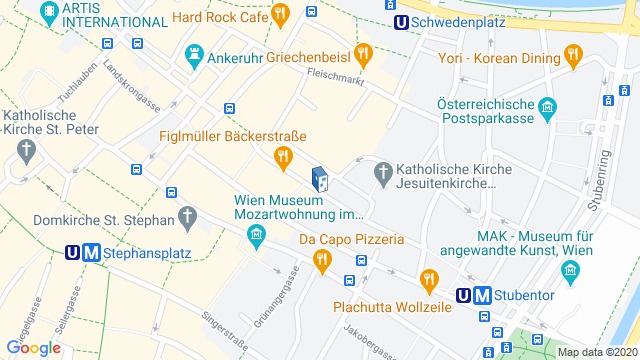 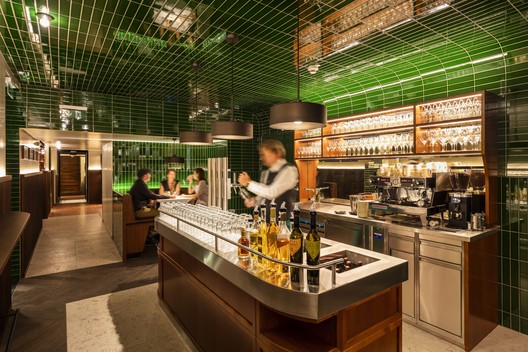