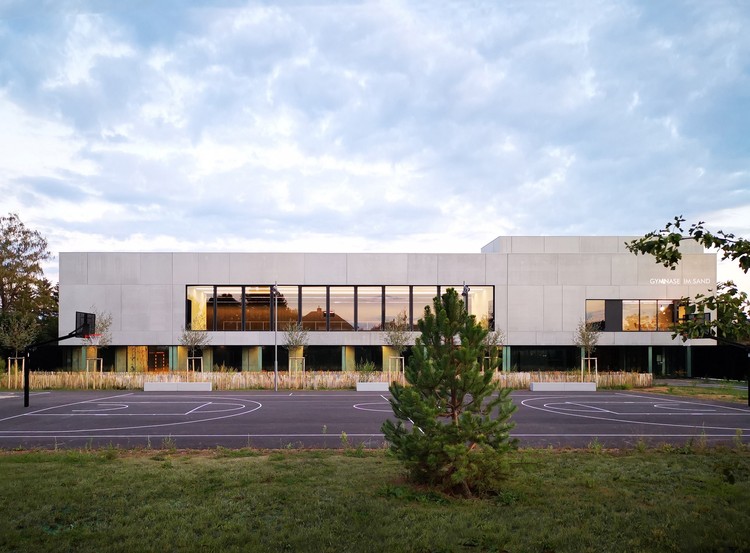 Text description provided by the architects. The building, intended to replace the existing equipment, is aimed not only at students of the Maxime Alexandre middle school, but also at sports associations in Lingolsheim, and in particular the badminton association. The design of the gymnasium aims at reaching a simple, rational, and pure form. A rectangular volume is placed at the end of the plot, on the southern limit, and at little distance from the cycle path. If a first reading of the project reveals above all its massive writing, the aspects of the ground floor (hall and common space), the first floor (stands, meeting room and multipurpose room) and the second floor (indoor archery range/ table tennis room) introduce a different language, related to porosity and transparency.

Sports practice is thus staged to the scale of the city, in particular through the bottom angle view from the Rue du Travail, to the scale of the train by the window placed high-up for the indoor archery range, or via frontal and longitudinal contact with the cycle path on the south of the site. Two large openings punctuate the overall shape, lighten the volume and offer a strong and identifiable character to the Maxime Alexandre gymnasium. The building’s expression resides to a large extent in the constructive technique used.

The bearing structure, mainly designed in concrete, is topped with metal frames on the sports hall as well as on the high volume. The combination of a solid and resistant concrete structure and a lighter structure, combining columns and beams in metal profiles, highlights the general geometry of the building, its flexibility, and dynamism. The structural logic of the equipment thus echoes sporting prowess through a technical, structural, and robust envelope made of prefabricated and insulated double concrete walls, a metaphor of surpassing oneself through physical effort (flexibility, resistance, tension, endurance, effort, concentration ...).

The design of the sports hall was particularly impacted by one of its main uses: the approval for the practice of badminton on a regional scale. In order to create optimal playing conditions, the badminton players clearly expressed the need to eliminate every potential source of glare. In addition, in order to improve the visual contrast with the shuttlecock, dark shades had to be chosen. This particular relationship with light inevitably fueled the conception of the interior atmosphere of the sports center, initially white and naturally lit. The interior walls darkened and plunged into an artificially controlled half-light atmosphere now stage the practice of badminton, establishing a theatrical relationship between a stage space (the courts) and its audience (the stands). 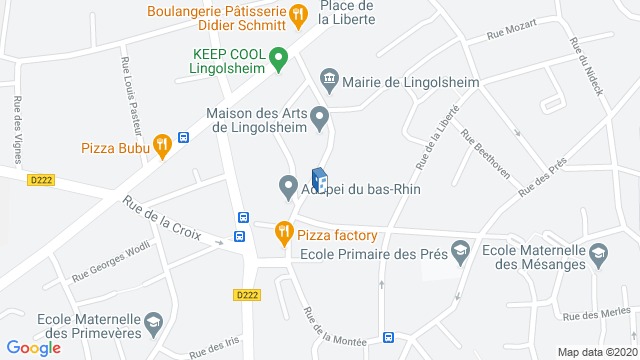