Text description provided by the architects. Every project in architecture faces challenges that achieving the answer will create a specific scenario for that building. One of the features of this projects site is its small width, which made limitations in interior design (plan) and exterior (facade). On the other hand, its 2 corners allow better lighting for the building. The project is located in Amirabad neighborhood of Tehran; the entrance is from the southern and western sides. This complex has been developed in 5 floors.

In this neighborhood, due to being worn-out and the lack of attention to proper design for buildings, passages, etc., it has become an undesirable place that prevents people from living in it. The view of the building that is facing the main passage, plays the main role in attracting the eyes of passers-by; This side, has a smaller width. Therefore, we designed the facade by breaking its main elements into smaller separated parts with different dimensions, which reduces the visual impact of the main façade ‘s narrow width. The facade became a clear representation of the strong geometry of the cubes that were used as the basic design elements.

The white and light color of the facade cubes in the dark background expanded and enlarged the facade. Also, the different thickness of these cubes intensifies this difference, which can give a better vision to the flat surface. Another design solution is the form extension form of the smaller side to the larger one. It results in a confusion about the main facade ‘s borders, and made it seems larger and more prominent. Due to the fact that there are two sides for this building, it was necessary to create a chamfer in the corner of the building according to the regulations, and in order to fit the other forms, the wall chamfer is solved with fractures that distinguish it from its common counterparts.

In this view, divisions will help the observer to understand the interior spaces. The plan of this project is designed in such a way that all the spaces have natural light and the variety of dimensions of the windows in the facade shows the function of each space and the amount of natural light entering it. The different thickness and retractions of boxes will cause light refraction and shadow, and the bedroom wall facing the west side with minimal opening protects against western light in addition to being private and cozy .

Rigid forms with minimal openings will start from the location of the bedrooms (private spaces) and as it moves towards the more general areas of the house (living room and kitchen), the rigid parts will decrease and finally there is the open space (balcony). The cube ‘s material is white stone, and the dark surfaces between them are profiles. For these profiles, the car color is used due to its resistance to weather conditions, such simple and unambiguous characteristics give perception to the mind and will make the living space readable. 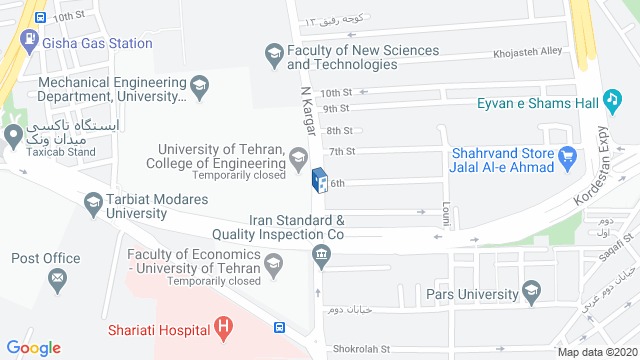 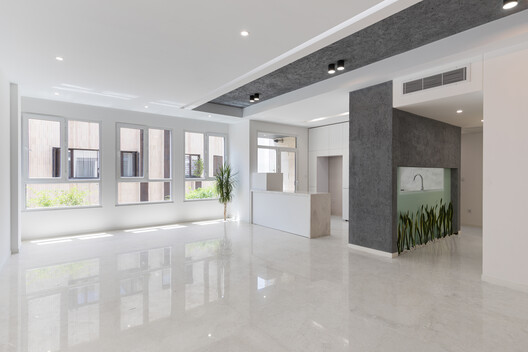