Save
Casa AM / Lucas Maino Fernandez 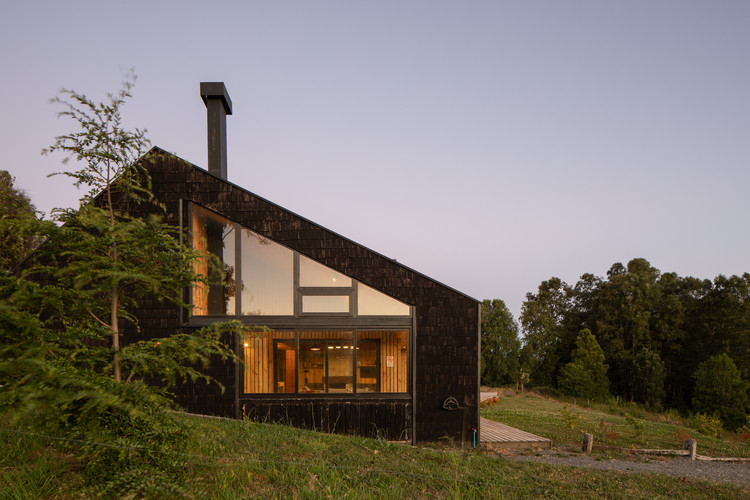 Text description provided by the architects. Located almost on the top of a hill on the north shore of Lake Rupanco in Chile, the project has a privileged location with views over the Puntiagudo and Osorno volcanoes and the aforementioned Lake Rupanco. The orientation of the project is established as a contradiction, as it is turned towards the south, in opposition to the local convention of “taking advantage of the north”.

From this "problem", opportunities and challenges arise. As a first solution, a continuous skylight is proposed on the north face of the project which is responsible for providing natural light to the interior of the house, illuminating the main corridor and the public spaces of the living and dining room.

The programmatic distribution is simple, it consists of five bedrooms and five bathrooms, a kitchen, a living room, a dining room, a barbecue area and a covered parking space. All this is unified in a single volume with a slight break that guides and marks the difference between common and private spaces, which are distributed through a central corridor. In addition, a series of exterior and semi-exterior spaces are included, such as terraces, barbecue areas and parking lots.

Although the appearance of the house isn't highlighted by large formal operations, the formal decisions are present in the details, such as the slight break that marks the access and the differentiation between common and private spaces. This is mainly reflected in the play of the interior ceilings that are not visual in the exterior appearance of the roof, in order to give a different character and personality to each of its spaces. For example, in the case of the bedrooms, the interior ceiling is gabled and lower, providing a more welcoming space. The living room and dining room of the house are a large, continuous space with exposed beams and a concrete fireplace, while in the kitchen the roof is transformed into a flat ceiling.

In terms of materiality, the house exhibits elements that integrate it into the imaginary of the area, recalling the old buildings, barns and houses in southern Chile, with variables that provide a modern touch without radically breaking with the aesthetics sought by the client. The work is built mainly in distinguished pine, while the cladding is impregnated pine and larch shingle.

In this way, CASA AM becomes an exceptional challenge as a first commission, responding to essential and basic themes of architecture: living, acting, permanence, circulation, access, light and shadow, orientation and location. 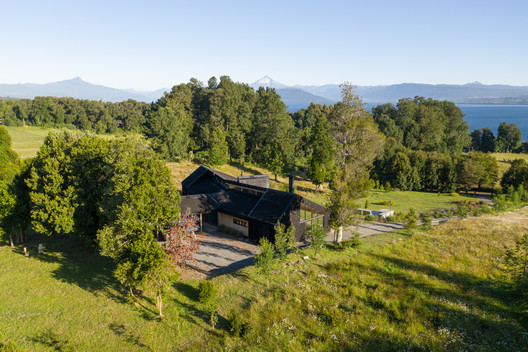