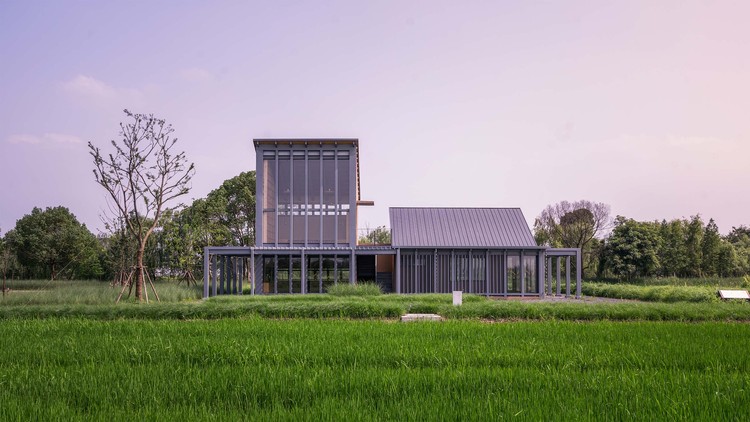 Text description provided by the architects. Featuring the time-honored rice-growing farmland, the Tanjiawan in Wuzhen is regarded as one of the Majiabang cultural sites in the early Neolithic Age in the Taihu Basin on the lower reaches of the Yangtze River. With the emergence of Internet, people's lives have been inundated with multifarious media messages, thus many cultural heritages have be passed into silence gradually. Modern media, as a new technology for cultural inheritance, seems unable to make up for some spiritual demands of people due to the loss of nature in cultural continuity. The hustle and bustle of the city and the increasingly-severe ecological environment trigger people’s impulsion of returning to the primitive life.

When we are In the countryside, standing in front of the rice fields, it is like a fantastic shock to the future life from the primitive cultural heritage. We can not perceive the length of time, while the rice culture is in the decline stage. It is our hope that the finished building, just like the vessel of time, relates the site with the human beings, with demonstrating the time span and the immemorial memories.

Design vision
The aspiration of our design actually comes from an image of site. The golden rice fields, stretching as far as the eyes can see, seem to retain a sense of well-being of all primitives. We hope that the bookstore will stand out from the surrounding modern high-rises. With the primitive hint, it will be a milestone stretching back through millennial history, connecting the past with the present.

Therefore, in the process of determining the form of the bookstore, we have made a intensive consideration. Finally, we decided the form of reverse sloping roof. As a public building of rural culture, the sloping roof is like a symbol of rural settlement. In a large and relatively-free paddy field without strict restrictions, we planned to shape the presence of the building itself. The architecture, with its own signature, will finally rise abruptly from the ground with a strong appeal just like the indicator, and finally present its theme.

Therefore, in the process of determining the form of the bookstore, we have made a intensive consideration. Finally, we decided the form of reverse sloping roof. As a public building of rural culture, the sloping roof is like a symbol of rural settlement. In a large and relatively-free paddy field without strict restrictions, we planned to shape the presence of the building itself. The architecture, with its own signature, will finally rise abruptly from the ground with a strong appeal just like the indicator, and finally present its theme.

The traditional sloping roof, which is high in the middle and low on both sides, is more of a centripetal and cohesive meaning: a place where families gather in traditional Japanese houses or a place where Buddhist statues are worshiped in traditional Chinese palaces. On our site, we focused more on the landscape of the countryside, the most common scenes of people farming and ranching. The space covered by the reverse slope roof has a pushing power, so that people's senses will be able to interact with the building boundary. As the face of the surrounding environment is enlarged, one’s horizon becomes broader.

When people's eyes fall on the environment outside the building, the building is then turned into a window for modernist to understand the past. As a kind of real material medium, the architecture does not let people review the historical and cultural heritage through the way of joking and virtual games, but enable people to experience a series of scenes full of vitality in the paddy field outside of the building through the magnified sense organs, so as to refresh the lost cultural memory of thousands of years in this land.

Simple construction
At the construction level, the building will be ended up with the simplest presentation, relating to Laugier’s “primitive hut”. Just like the accumulated culture for thousands of years, architecture, as a vehicle of form and meaning, has been quietly transformed into culture after a long period of understanding of life and construction, and then recorded as an element understood in form.

The bookstore directly presents the steel frame system in final facade, which is not only on the surface, but also in the real structure. The relationship is very simple - the aluminum frame of the glass is hidden behind the steel frame, and only the closely arranged steel columns and glass can be seen from the outside. The final effect of this relationship is the integration of form, structure and space. The interface of the building space is more pure, and the human body can be completely relaxed inside, so that the spirit of the rural rice field can be regained.

Poetic expression
Looking from the other side in the evening, the golden rice fields do not shine as brightly as they do in the daytime. At this time, the yellowish light penetrates from the interior of the building little by little, blurring and weakening the original sharp look. Everything around was quiet. At this time, the bookstore was like a watchman in the rice field. It was watching for the people born and raised in this waterside village, and watching for the rice field growing together with people in the seasons.

The imprint of time is engraved in every corner of the building, and the building now comes into being a credible inheritor, unveiling the old stories here bit by bit and slowly. 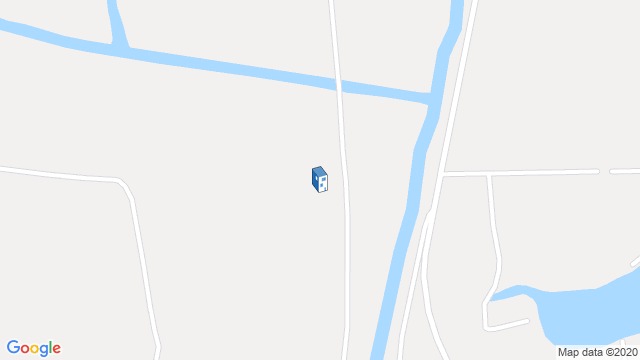 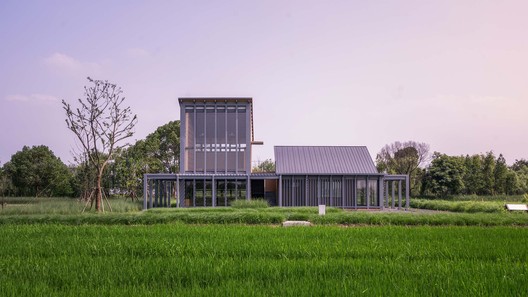