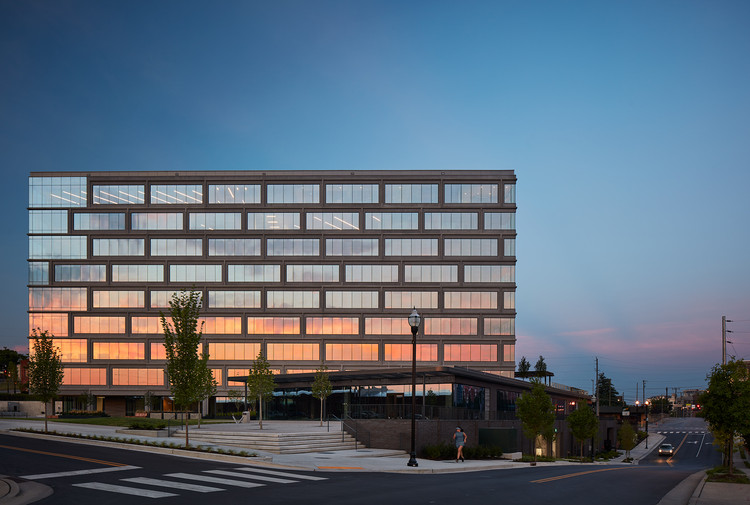 Text description provided by the architects. Amid an ever densifying downtown – Peabody Plaza carves out a pocket park to create an even more vibrant Nashville. Located on a bluff overlooking the Cumberland River and adjacent to Ascend Amphitheater, Rolling Mill Hill is positioned in a vibrant live, work, and play neighborhood. Peabody Plaza replaces a 250-space surface parking lot to introduce a park and 290,000 square feet of office space with retail and restaurant opportunities enlivening the ground plane. As part of a multi-site master plan, the design approach strategically buried a 1,005-car parking garage five stories below grade and positioned the building along the western edge of the site to create space for a pocket park.

The 37,500-square-foot park anchors the site and, along with a promenade, establishes a pedestrian connection between SoBro and the Cumberland River Greenway. The north edge of the park is punctuated by an 8,000-square-foot restaurant space featuring patio dining that engages both the park and promenade. Patterned with precast concrete panels, brick, Oko skin, and glass, the façade is an ever-changing reflection of the surrounding city.

The façade pattern is derived from the organization of the adjacent historic trolley barns. The pattern erodes to all-glass corners at both the southeast and northwest corners to denote major entry locations. The lobby frames views of the pocket park while its angular ceiling recalls the undulating topography of the Rolling Mill Hill neighborhood. The monumental stair promotes healthy activity and is backdropped by a vertical feature wall that reinterprets the building façade.

The 6,000-square-foot amenity deck at Peabody Plaza is oriented to capture views of the skyline and the Cumberland River. Designed to echo elements of the park below, the amenity deck also introduces 5,745 square feet of a functional green roof which decreases heat-island effect, reduces stormwater runoff, and improves stormwater quality. From ten development proposals, this design was selected by the city in 2016 for its introduction of park space and below-grade parking which serve to advance MDHA’s Rolling Mill Hill neighborhood. 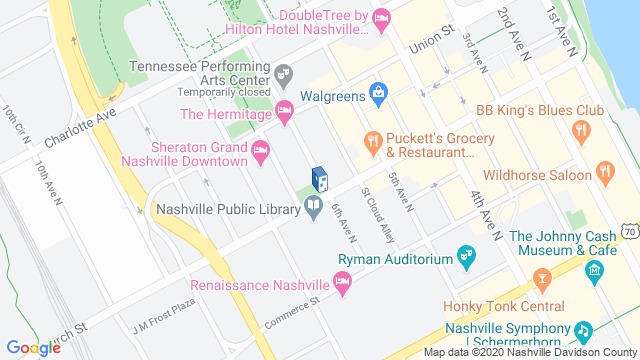