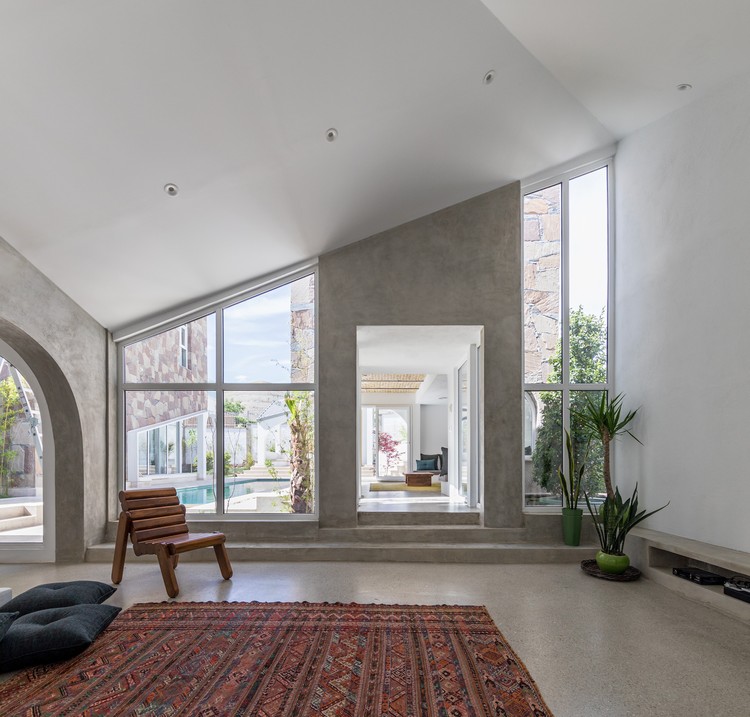 Text description provided by the architects. Unlike the traditional architecture that is deeply inspired by spirituality, this villa is designed with the aim of perceiving the bodily experiences. Neither is it reinforced by intellectual stories, backing the design ideas. The goal is to the encounter the inhabitants’ bodies with the four elements (fire, water, air, earth).The credit of any spiritual epiphany or intellectual discourse that is created in accord with this villa cannot be rewarded to the architect but it is of its inhabitants’ imagination.

The arid area with a slight slope makes it possible for the eastern and western neighbors to overlook the yard. Therefore, the peripheral walls cannot provide the much needed privacy. In order to provide such necessity, the living spaces are divided into 4+1 blocks to surround the yard. As a result of the interconnection of these blocks the differences between the main and transitional spaces have become exaggerated and hierarchical. That is due to that fact that the spaces between the four blocks (transitional) are of minimum width to allow vegetation to grow nearest to the main spaces.

All of the public spaces are located on the ground floor with transparent internal façades are facing each other. This setting creates a possibility for a visual experience in which inhabitants can get a glimpse of the life happening in the other spaces as if they’re watching a silent movie. This extends to the solid blocks which house the private rooms on its top floor and are dressed by heavy material. This was achieved by taking out slices of the stones and exposing what is beneath. These blocks are just like fictional characters that have lifted up part of their cloth to display mystery to you.

Furthermore, the intention was to actively encourage constant exposure to at least one element at the time for each person. It begins with the presence of Water in the lap pool and the bedroom’s concrete tub. Wind easily flows through as the low height of transitional space and openness of the 5th block prevent the air entrapment in the central courtyard. Fire originates from the firewood, is lit in the eastern north wing and outside in the 5th block. And finally, earth is feeding the plants near all of the main spaces.

The stones are extracted from a local mine with colors familiar to the context. Even the sharp slanted lines are in harmony with mountains in the back. The tangible arches and niches are the only non-physical extensions to this architecture and are only of sentimental value to the client. In short, this architecture can be seen as a juxtaposition of the four elements and man and it is meant to be experienced by its inhabitants’ bodies only. Anything further, is of its users’ abstract and subjective creations. 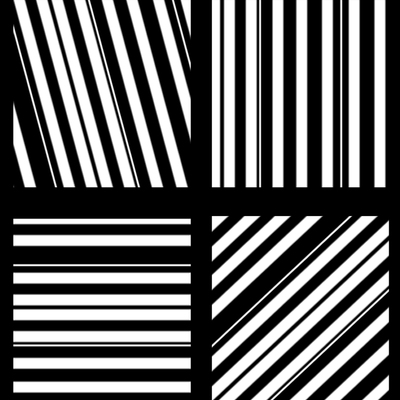