Save
Habilitation of Surga House / Nd_Arquitectos 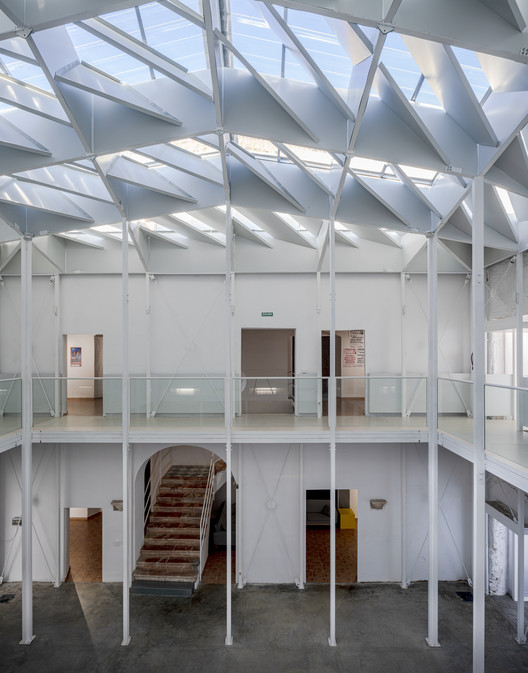 Text description provided by the architects. This project transforms a 1778 house-palace into a Cultural Center of the 21st century with an extensive program that includes exhibition halls and an auditorium. From the beginning, this pre-existence was understood as a practically urban space that has undergone transformations of all kinds over time. Thus, it was based on a mixture of materiality and space already decontextualized both with its own typology and with the rest of the city.

In this way, material and spatial preexistence was used with a new reading based on relating to the ancient building of the enclosure which was the noble area of the house and better preserved space. The main courtyard is recovered, and the rest of the free spaces, away from the main building, have been exploited with a more open interpretation in order to introduce the necessary pieces that complete the program. The reminiscent acts as a support for a new intervention that, although it provides a new program, allows it to be interpreted and put into value, adding one more layer (substrate) to the history of the palace-house.

Functionally, the main entrance is carried out by a side Street (c/ Ramón y Cajal) to free the monumental façade and avoid losing exhibition space in the ancient building and to be able to dispose of the rest of the planned rooms an initial space for receiving visitors. This space provides information on both the history and evolution of the house and the different events held at the Cultural Center. From this enclosure, through permeable galleries which maintain eye contact with the inherited spaces of the house, visitors can access the rest of the dependencies (exhibition, auditorium and toilets).

The intervention in the main courtyard is closely related to the original use of the house without becoming a literal reconstruction. This space is still conceived as an element of thermal control of the ancient building, although with a contemporary approach. The gallery width that is raised is much narrower than the original and the supports are extremely slender to allow the expansion of the ground floor space. The shadow strategy, propitiated by a roof of slats under the cover, is complemented by the incorporation of air extractors controlled with temperature probe and by evaporative coolers assisted by photovoltaic panels. The final image evokes lightness and luminosity with very changing aspects in the perception of the roof depending on where you look. The opportunity to go up to the first floor gallery allows visitors to observe the roof from another height and, therefore, have another reading of this one where details and textures are more present. To complete the effect of connecting the new courtyard with the ancient building, all the carpentry have been removed and all the openings have been left open towards this space.

From the main courtyard, the visitor moves towards the most open area of ​​the house and the intervention typologically moves away from it, adapting to the free space where, effectively, there is no previous materiality which can be used. In this way, the volume dedicated to the auditorium is formed as the most significant element of this part of the intervention. It is conceived as a capsule which is built with a network of arches, a tensioned textile membrane cover and cladding of sheet metal panels as vertical cloths. The access is made through a gallery that comes from reception followed by a small lobby which expands the entrance space. This installation is equipped with a dressing room module connected in turn with both reception and the auditorium. Taking into account that its capacity is close to 200 people and that the platform on which it is available is horizontal, a delimitation for a minimum elevation scenario is proposed with the idea of ​​presenting it almost as a television set, where the representation and the public are closed together and connected. The experience of using this space is completed with an actionable side wall that, once uploaded, allows visitors to observe the remains of the oil mill that was in the house and also the use of the enclosure as an outdoor space. At night, this image is enhanced with the use of RGB LED spotlights which are projected on the whitewashed walls.

The whole project has been conceived from the use of simulation tools and optimization of the different physical effects (natural lighting, shading, maximum solar collection, natural ventilation, wind effect, etc.) which contribute to complete the visit experience of the building. All the construction systems that have been used are light, quick assembly and reversible. Passive strategies have been introduced in the design of the conditioning and enough number of photovoltaic panels have been included to make the building practically self-sufficient. It is thus considered as the most convenient and sustainable solution (depending on the minimization of the Life Cycle) to intervene in a protected environment. 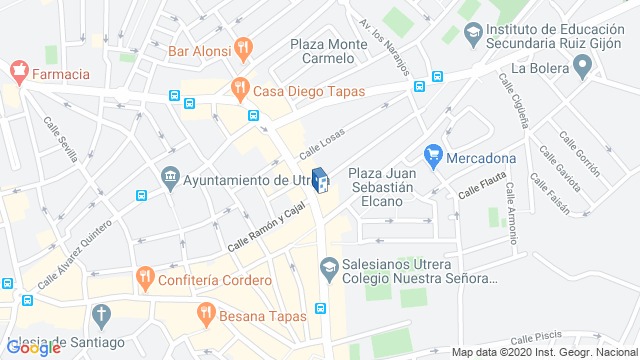