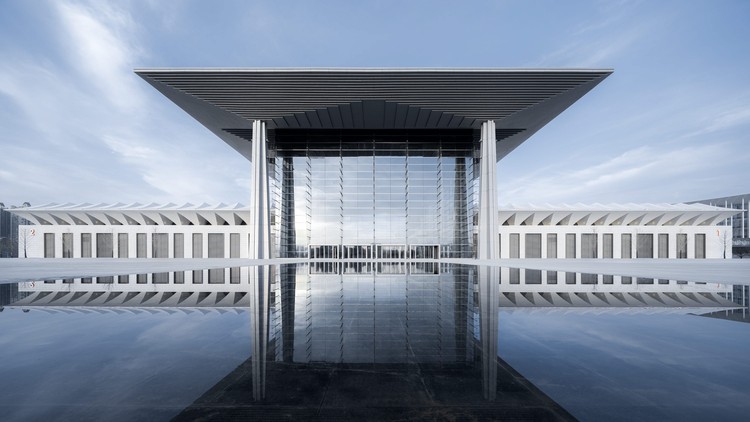 Text description provided by the architects. Xi'an, which is known for its terracotta soldiers, served thirteen of China’s dynasties as capital and once was the starting point of the ancient Silk Road. As an important component of the New Silk Road, the Silk Road International Exhibition & Convention Center has been erected in the north-east of the city.

The building complex, created under the lead management of Architects von Gerkan, Marg and Partners, forms the center for industry and trade of Shaanxi Province and, in its architectural language, is intended to combine the local context with the vision of a new economic region.

The first building phase of the exhibition complex has nearly been completed, revealing the basic design idea of creating an analogy with a silk scarf that represents the roofscape, in combination with a solid stone plinth as supporting base. In contrast to the gently curved roofs of the exhibition halls, the far-projecting canopies of the entrance halls feature a rather more monumental design. The geometrically exactly staggered decks are supported on 30-meter-high cross supports.

In the second construction phase, the volume of the exhibition complex will be doubled, extending it towards the north. Along the central circulation axis, six further halls and a second prestigious entrance building will be built to replicate the pattern of the southern entrance to the overall complex.

The two entrance buildings, which are surrounded by generous public spaces, are linked via two-story corridors with retail areas, gastronomy, and meeting rooms. The upper link spans the street between the first and second construction phases and makes it possible for visitors to reach all parts of the exhibition center under cover. 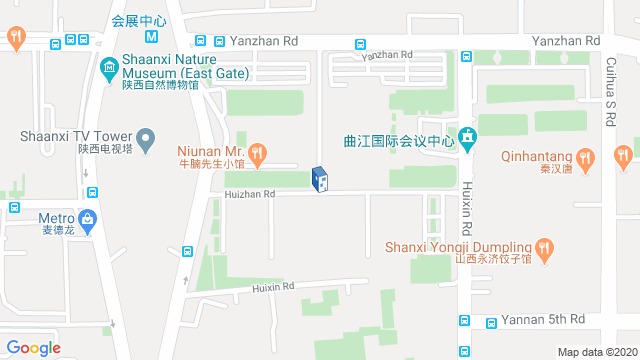 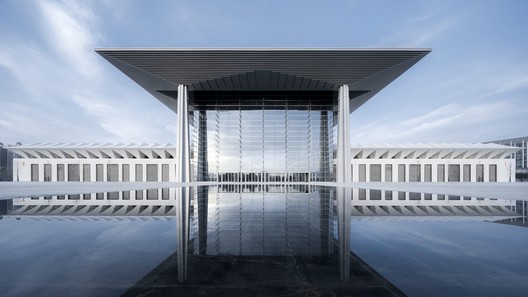