Designed by Renzo Piano, Genova San Giorgio, the new viaduct over the Polcevera has been inaugurated. Created after the tragic collapse of the Morandi Bridge in 2018, the new bridge in place will be open to traffic starting August 5, 2020. 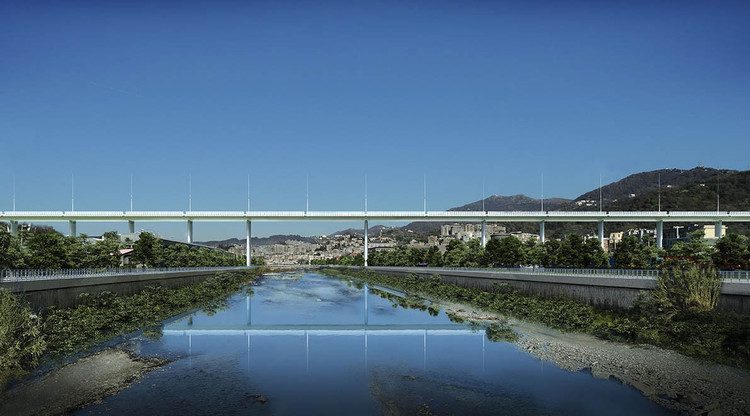 The inauguration of the new bridge of Genoa in Italy comes after 2 years from the partial collapse of the original structure that claimed 43 lives. Built in 1967, the one-kilometer long viaduct was suspended 45 meters above ground, connecting the Genoa-Savona motorway with the Genoa-Valle del Po motorway.

Designed initially by engineer Riccardo Morandi, the bridge took on many maintenance works, but questions related to its stability kept on surfacing over the years. On the 14th of August 2018, “one of the three pylons supporting the bridge collapsed, dragging with it a stretch of road about 200 meters long”. In the aftermath of the disaster, Piano offered to donate the design of a bridge to replace the old one, having been deeply affected by the tragedy.

Moving quickly, from demolition to construction, without pausing during the pandemic, “the viaduct was built in times considered record-breaking, at least for Italy”, expanding on 1,067 meters, including 19 spans that are 40 meters high and are supported by 18 pylons. Costing 202 million euros, the bridge holds two rows of solar panels that will meet 95% of its energy needs.

Genoa has proved to be a fragile city, a characteristic that can often be associated with beautiful and precious things. However, the fragility of the city must be read as an opportunity to change and evolve, freeing us from preconceptions and obtuse constraints. […] At a time of global economic crisis, our city can be a laboratory, a case study of development because it is less anchored than the great European capitals to speculative development. In this certainly, the “Genoa Model”, intended only as an opportunity for the redevelopment of a part of the city, can be considered a positive example. -- Lorenzo Trompetto, president of the Foundation of the Order of Architects of Genoa. 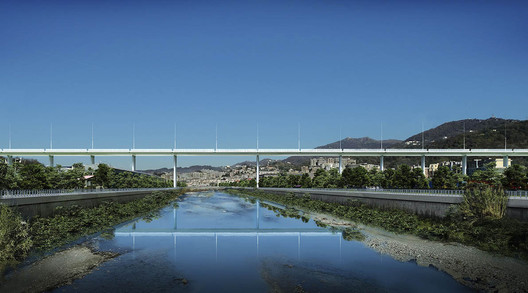