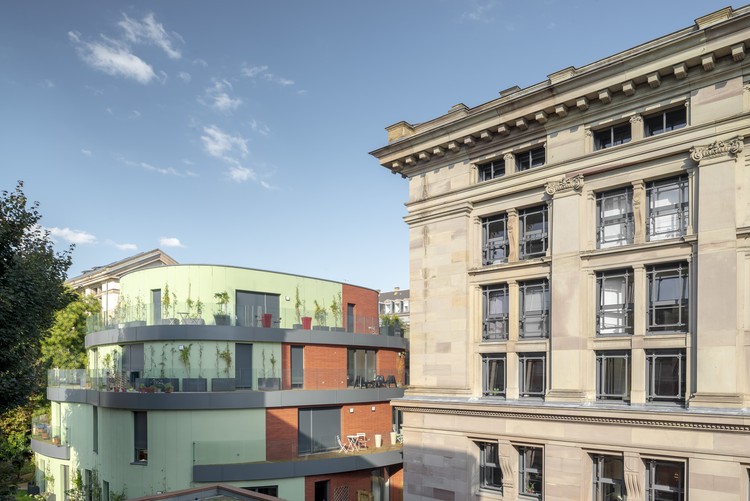 Text description provided by the architects. The building housing the archives of the département of Bas-Rhin is the only such building constructed by the German administration in the Reichsland of Alsace-Moselle, in the heart of the Neustadt of Strasbourg. This imposing, monumental building was an integral part of the architectural and urban planning scheme for the Neustadt, which includes the University and Saint- Maurice districts, and of the cultural and urban development strategy of the Second Reich, which included the construction of the National and University Library in 1890.

The style is eclectic: a mixture of Neo-Renaissance and Neo-Classical. The two original archive buildings, a conservation facility and an administrative building were constructed by the Wilhelm Jerschke firm following plans provided by the government architect Maximilian Metzenthin, assisted by Samuel Landshut and Paul Cavael, both of whom were tasked with supervising the work. The project was specially designed to house archive collections, which was unusual for the period.

This meant that it had to fulfill a range of conservation-related requirements. In 1929-1931, a second archive building was added to the north, designed by the architect of the département Paul Jablot, based on the initial German project, which planned three symmetrical buildings connected by galleries. Unlike the other two, this building is made of reinforced concrete, with metal floor structures and glass slabs. In 1971, a new reinforced concrete archive building faced with artificial stone, designed by the architect Mario Cardosi, was built to the north.

In 1971,  the Archives Départementales held almost 20 linear kilometres of documents. By the mid-2000s this had risen to 30 kilometres and the building was full to capacity. The decision was made to construct a new building that could house current and future archives in improved conditions, and that could cater to an increasingly diversified public. As the original building was now vacant, it was ripe for a restructuring and rehabilitation project that would nevertheless retain its historic authenticity. The original façades, window frames, and part of the metal structure have been restored. Behind them stands a building with curved outlines, large terraces, and living walls. 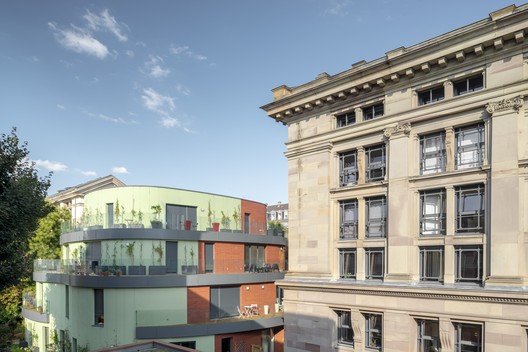