Martin C. Pedersen: When the pandemic started, I wondered what this would mean for the environmental movement. Now that we’re four months in, what are your thoughts on that? Everything has shifted so radically, and yet we’ve still got the elephant in the room: climate. How does the pandemic change the strategy on climate moving forward, to get where we need to go?

Edward Mazria: Emissions will be much lower this year because of the pandemic. Everyone’s sequestered, we’re not driving nearly as much, some of us have stopped flying, and many of us are working from home. All of this gives us an opportunity to assess the climate issue, develop realistic goals and put in place strategies and policies to make it happen. In a sense, out of this calamity can come something very positive.

MCP: It’s like this collective time out. The way, when things get too frenetic in a basketball game with two minutes left, the coach calls a time out.

EM: A coach calls a timeout to prevent a game from getting out of control. And then resets the offense or defense. That’s happening now. We have an election coming up. Obviously the current administration is not doing much, so we’re looking to reset action on climate change.

MCP: They’re actually doing a lot worse than “not much.”

EM: You’re right. They’re pushing oil, gas, and coal and rolling back environmental regulations. They even want to go back to incandescent light bulbs!

EM: In order to get elected, naysayers and climate deniers will say anything. To achieve low carbon emissions, they’re going to say it will cost exorbitant amounts of money, or that it’s going to change the way we live for the worse. We’re already changing the way we live! Since 2005 our GDP has gone up dramatically, and the building sector grew along with it, but energy consumption in the sector actually declined, even though we added over 40 billion square feet to our building stock. Since the Industrial Revolution, when building floor area went up, energy consumption went up along with it. Think about it: In the past 15 years we kept adding new buildings every year, and energy consumption in the sector didn’t increase!

This decoupling of growth from energy consumption is historic. During this period, every time you added a collector to a building, or added renewables to the grid, emissions dropped. Emissions in the building sector are down about 21%. A little less than half of that is due to fuel switching from coal to gas, but renewables make up the rest. Now we must phase out the gas and accelerate renewables. If we do that, we have a good chance of fulfilling our commitment in the U.S. built environment, to meet the 1.5 degree Celsius Paris Agreement target and phase out fossil fuels by 2040. But it requires the global built environment to do the same.

MCP: I contend that if we do that, if we put our thumb firmly on the scale and lead on the issue, then China would likely follow suit, if for nothing else than for competitive reasons.

MCP: Joseph Biden just rolled out a $2-trillion climate action plan. What do you make of it?

EM: One of the key elements is his plan for zero carbon electricity by 2035. That’s huge. The House Select Committee on the Climate Crisis recently released its climate plan calling for zero carbon electricity by 2040, which is slightly less aggressive. What both plans promote, though, is the electrification of new and existing buildings and transportation. Also, with a zero carbon grid, the electricity that goes to power the industrial sector would be clean as well. To bring all new buildings in at zero carbon now, we will need widespread adoption of a zero carbon building code incorporating a combination of high-efficiency design standards with on- and offsite renewable energy. The offsites must be newly generated to ensure fossil fuel emissions reductions. Both plans have a number of incentives to electrify existing buildings, from building weatherization programs to upgrading appliances.

MCP: What I like about Biden’s plan, from a political standpoint, is it’s also being framed as a job creator.

EM: Besides reducing greenhouse gas emissions, creating a green grid will accomplish two things: produce jobs and save consumers money. The savings for U.S. energy consumers since 2005 is over a trillion dollars, because building sector energy consumption did not increase while we added billions of square feet to our building stock. The decoupling of building growth from energy consumption is important, because it completely negates the argument that it will cost an exorbitant amount of money to decarbonize the built environment. It isn’t going to cost consumers anything! They will save money.

When the Paris Climate Agreement was signed, the world committed to not going over 1.5 degrees Celsius in global average temperature rise. To do that in 2015, we needed to phase out CO2 emissions globally by 2050. When you hear people use the phrase “Zero by 2050,” that’s what they’re referring to. In 2018, a new study was issued by the UN Intergovernmental Panel on Climate Change saying that the difference between a 1.5 degree rise and 2 degrees was enormous, in terms of impacts. Basically, a 2 degree temperature rise would be catastrophic. In that report they published the “carbon budgets” that we had to stay within, if we hoped to have a solid chance [estimated at 67%] of staying within 1.5 degrees. To do that, two things are crucial: a zero carbon building code (or ZERO Code), and a clean grid.

MCP: And we need a new grid. The old one is creaky, and a new green one would produce thousands of jobs.

EM: Exactly. Between now and 2025, the amount of solar that’s projected to be put on the grid—this doesn’t include wind—is about half of all of the power that’s being supplied by coal today. So if building sector energy consumption is not increasing—buildings consume about 75% of all the electricity produced in the U.S.—and if it stays down for a while, coal use would keep declining, which would give us an opportunity to completely phase it out in five years. If we accomplish that, the remaining fossil fuel generating electricity, gas, can be phased out by 2030, and we reach our 65% building sector emissions reduction. It’s all doable.

MCP: Has Architecture 2030 worked with the U.S. House of Representatives on its climate action plan?

EM: Yes. We were consulted by them. We sent them the ZERO Code and talked to them about existing buildings point of sale and emissions reduction mandates. We gave them quite a bit of building sector information. Adopting a zero carbon building code today, but no later than 2030, made it into the policy recommendations, and more importantly into the 2021 IECC code as an Appendix, which means it can be used with any year of the IECC code. The availability of the IECC Appendix, and national and international ZERO Code, means that any city or jurisdiction in the world can implement policies to ensure that all new buildings are designed and built to zero carbon standards. The AIA was incredibly influential and helpful with these developments. Anica Landreneau of HOK and Carl Elefante, past president of the AIA, both testified in the House. Anika was on the IECC code committee and strongly supported the adoption of the Zero Code. The AIA is reorienting their organization’s resources to address climate change. They have been phenomenal.

MCP: So what are the next steps?

EM: The first order of business in a new administration is to put in place the targets that will get us to a 65% fossil fuel CO2 reduction by 2030, and a complete phase out by 2040. We must now reset realistic goals to meet the 1.5 degree targets, not keep advocating for the old 2015 targets. Because we’ve used up a portion of our carbon budget, we must couple incentives with mandates, similar to New York City’s date-certain emissions reductions for big buildings. The city is currently drafting policies for phased emissions reductions in smaller residential and commercial buildings

In a sense, big buildings are easier to get a handle on than small ones. In New York City, for example, 98% of the city’s building stock is small buildings under 50,000 square feet. There’s about 980,000 small buildings, but only 26,680 buildings over 50,000 square feet. So how do you lower emissions on the almost one million small buildings? We looked at building sales in NYC. Most annual sales involve small buildings; big buildings are sold very infrequently. We added up all the small buildings sold each year in NYC and, lo and behold, by the time we got to 2050, most small buildings will have been sold at least once. When someone purchases a building in New York, they have financing in place. They’re going to eventually renovate, usually sooner rather than later. So, give them tax incentives to go to zero carbon and mandate that for every small building sold, the owner has a year or year and a half to reach zero carbon. Get the mortgage industry behind the program, and the city will realize tens of thousands of local construction industry jobs. It’s a no-brainer.

So if there’s a new administration, climate legislation must incorporate mandates and incentives, or enough incentives to where the states and local jurisdictions can then put in their own mandates to get to zero. If they want both the tax revenue and the jobs, they’ll put it in the mandates.

MCP: So, in addition to a new administration, we have a lot to do. 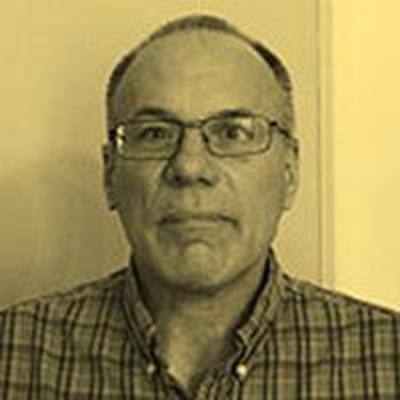 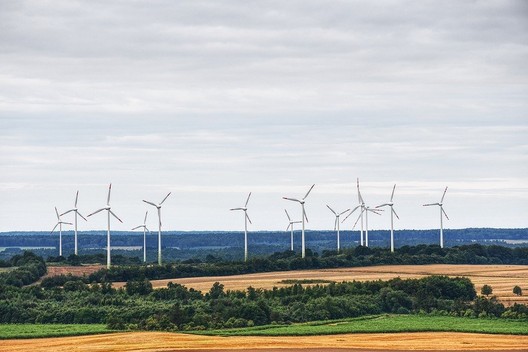