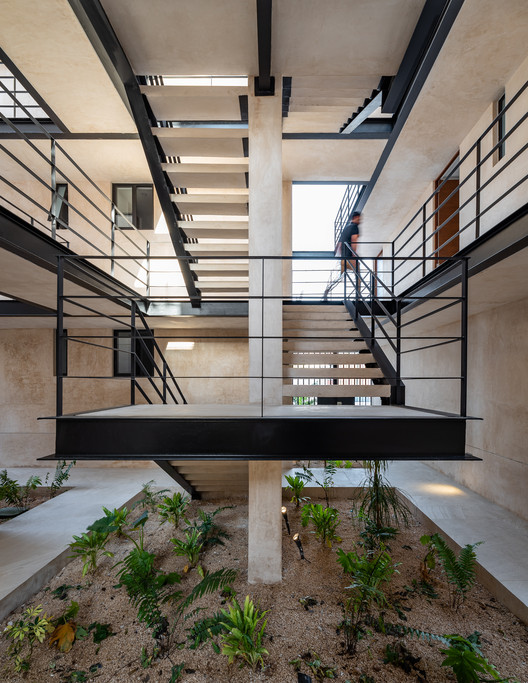 Text description provided by the architects. Currently, Mérida is positioned as one of the safest cities and with the highest quality of life in our country. This attracts a lot of people, who come to the city in need of work, leisure and housing.

The growth of the real estate market has generated some factors that undermine the promise of a better quality of life: a growing urban area, developments on the outskirts of the city with lack of connectivity and services, road congestion in certain areas, overexploitation of land, and in many cases, projects that are completely disconnected from the urban fabric.

Amé 247 is a multifamily housing project located in a residential area within the city, on a slightly irregular site. The commission consisted of dividing the lot in two and developing a heritage project on the corner for a private investor who wanted the best possible return on the property's value.

The objective was to respond directly to the client's request while adding two important factors to the project: the immediate context and the user. Therefore, we provide a building that is friendly to its neighbourhood. The built space moves a few meters back from the facade line and takes the scale of its context through perspective. This erases the limits between the public and the private, leaving a void between the sidewalk and the built-up space.

The project is solved through a scheme grouped into four volumes that revolve around a central courtyard, in order to better respond to the irregularity of the terrain, while rescuing some existing trees and lighten the massiveness of the program.

The central courtyard functions as the articulator of the entire program and vertically connects the entire building, always trying to foster spontaneous relationships and encounters between neighbours. The program houses three apartments by volume and a commercial space on the ground floor of the corner volume, giving a total of 11 apartments, made up of two and three bedrooms respectively, coexisting with the commercial space that gives the complex vitality and movement.

The result is a sober building with geometric purity, resolved with a predominant material that does not intend to compete with the cacophony of the real estate projects that focus on disruption or the spectacle.

The true value of the project resides in its interaction with its context, in the relationships that the users develop in the open space, in the vitality generated by the public space and the diversity that is found in the mixture of uses and the architectural program. The building bets on the city, on the permeability, and the security that can only be created through the social integration of the residents and their sense of belonging. 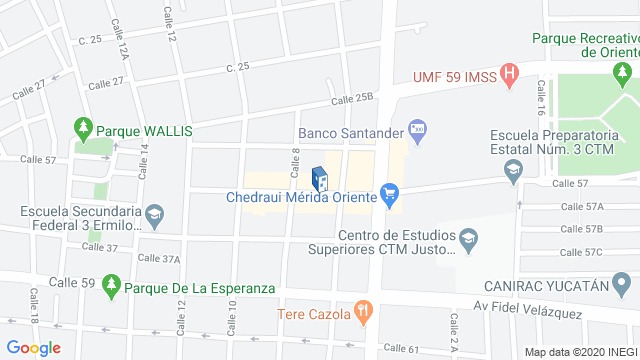