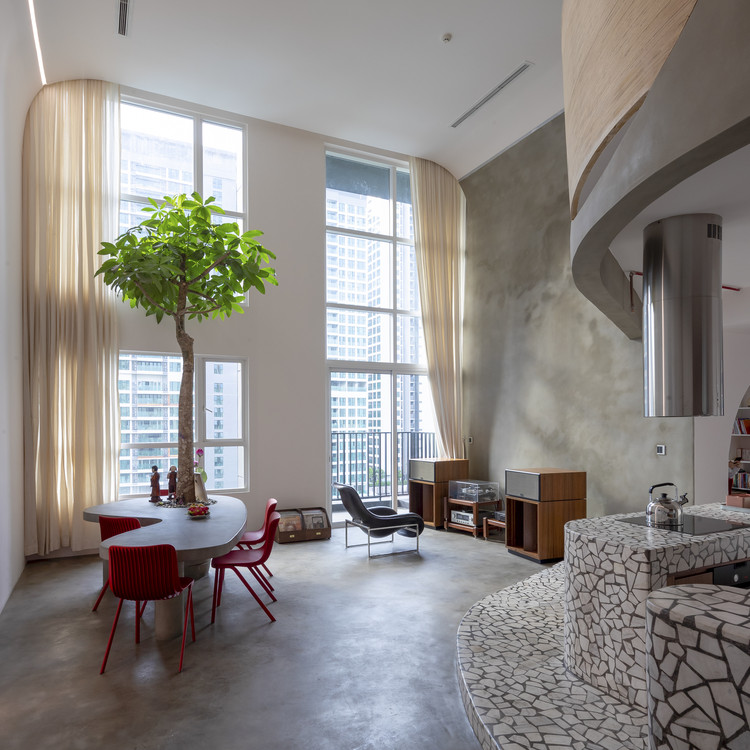 ‘MÀI’ is an experiment that brings aesthetic remembrance of modernist architecture into the interior design of a contemporary apartment. Its owner is interested in ideas of modernist architecture about the form and its contextual transition from Western discourse to Vietnamese tropical living environment and material vernacular. If these thoughts are applied to the design, how will they conflict and harmonize with the apartment format today – a typical monotonous template found in gentrified urban development?

MÀI reminisces about architect Louis Kahn’s aesthetics in the way he used geometry and about the material sensation of terrazzo that was prevalent in Saigon in the 1950s and 60s. If modernist architecture revolutionized the structural discipline for functionality and spared the aesthetic value on the regulated façade, how to recreate them in a boring four-bedroom condo apartment? Perhaps it will always be on the threshold of simulation to the impossible.Yet, as Louis Kahn said of his search for a pure form in architecture: “I felt this was rather a discovery in the desires of the interiors - interior spaces... a house is a building which is extremely sensitive to internal need.

In this satisfaction there was an existence will of some kind... but there was an existence will for this house not to be disciplined within a geometric shape.” Unable to adjust the main structure, the forced repetitive principle in today's apartment buildings, MÀI tries within the confines of the interior, using shapes to reallocate living space. MÀI excludes decorative details to emphasize the geometric patterns such as the large round hole, curved corners, curved arches dividing rooms, or flattened light lines into the same plane with the wall. All elements of the design attempt to create a discipline of geometric shapes throughout the apartment. At the same time, there is a tension here, when the playful order of these shapes inclines to slip away from the precise point – line – plane modernist discipline.

Modernist architecture was introduced into the South of Vietnam (RVN) in the mid-20th century. It was time for the nation-wide process of constructing a new aesthetic discourse to decolonize the French neoclassicism. The popular construction materials of modern buildings in the United States such as exposed-aggregate surface, terrazzo and cement became trendy in Saigon. MÀI uses terrazzo as the main material language, recalling the feeling of cool and smooth flatness without gaskets. Instead of gravel, pebble, or debris like the 1950s and 60s, the terrazzo section extending from the kitchen to the end of the stairs uses large white marble pieces, beveled corners, and carefully arranged as a collage of abstract pattern.

MÀI means to hone / to polish. Nearly 3 years spent for interior finishing, this project has led the owners and the entire team of architects and construction through a honing process. MÀI, in the physical aspect of the construction method, is how the material beauty is only revealed after rubbing/ shining, just like lacquer. MÀI, in the making, is when the masons meticulously cut and arrayed stones one by one like craftsmen – to a certain extent this is contrary to the modernist industrialization. And most importantly, MÀI hides inside her contemporary atmosphere a subtle nostalgia about Saigon modernist architecture more than half a century ago. 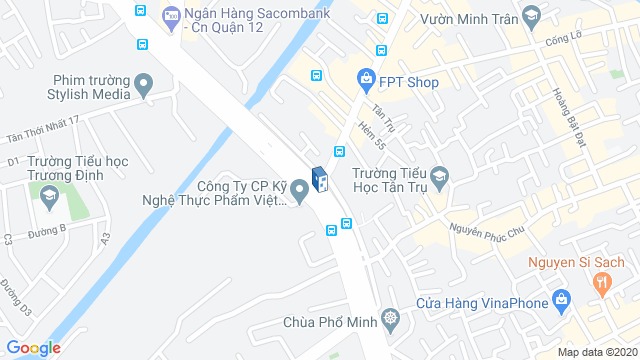 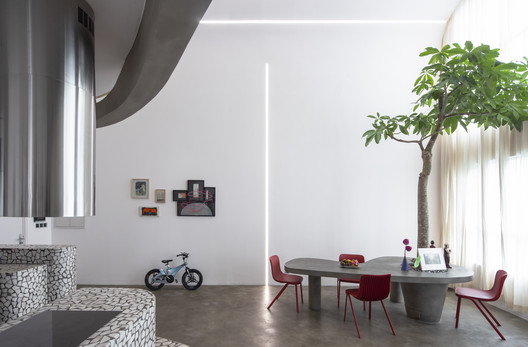 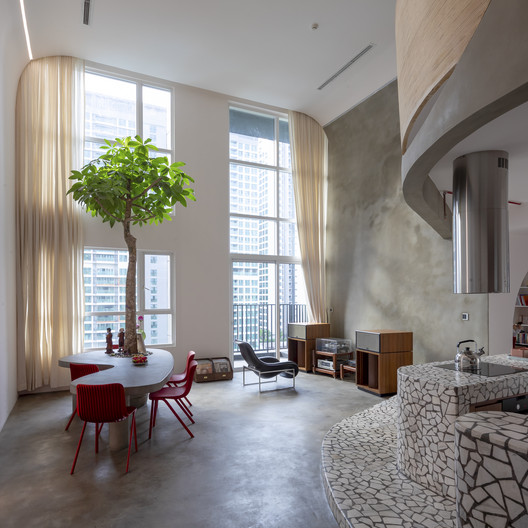