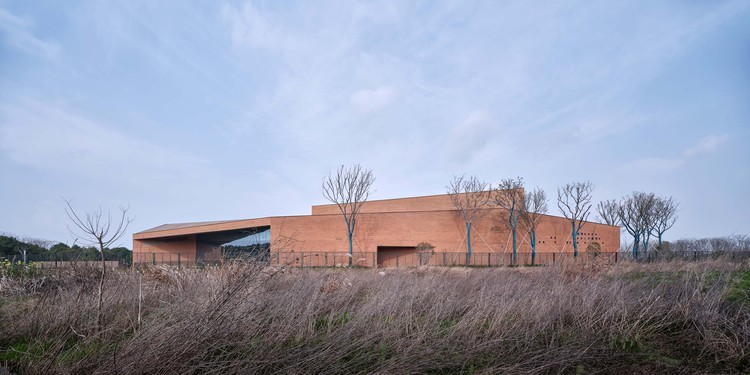 Background. The Majiabang culture, named after the Majiabang site excavated in Jiaxing, Zhejiang Province, is mainly distributed in the Taihu Lake area, south to the northern bank of the Qiantang River in Zhejiang province, and northwest to Changzhou, Jiangsu province. According to the radiocarbon dating and correction, Majiabang culture, which has a history of more than 7000 years, was first appeared in 5000 BC. The discovery and establishment of The Majiabang culture and its subsequent Songze culture and Liangzhu culture indicate that the Neolithic culture in The Taihu Lake area has a long history and distinct regional characteristics.

Functional layout. The building forms an interesting tour sequence through the joining together of several simple and pure prototype units, which, like the original settlements, form circuitous paths between each unit. The exhibition space and rest space of the museum unfolds along this path. The entrance opens the browsing prelude of the museum through a corner courtyard, with a sense of calm atmosphere. After entering the foyer, the main exhibition hall is flanked by adjacent patios and overlapped by a triple space of foyers, patios, lounges, and distant ruins. A long narrow passage leads people along with a turn to the east. Space becomes more and more bright and open with the progress. Lush farmland spreads out horizontally in the front. The works of young sculptors in the distance form a scene opposite to the interior space, establishing a silent dialogue. The research office and warehouse area of the museum are arranged along the south side, isolated from the visiting area and relatively quiet.

Intention and image. The pottery unearthed from the site around the base is a typical feature of The Majiabang culture. We restore the "container" of the ancient civilization with the original ecological texture by using clear concrete in the color of clay. The sunlight helps to delineate the delicate details of the building, which is constantly changing in several simple courtyards. Unlike the polished modern facade material, this rough, raw material makes it more open to the influences of time and nature. In different climates, the walls change colour with temperature, humidity, and time. The museum seemed to come to life, melting into the field.

The Function and rationality. Veranda: corridor of time and space On the east side of the veranda is the city, and on the west side are ruins of Majiabang culture. The east and west sides represent two different eras. Passing through them is like being in the corridor of time. At the same time, the veranda is also the central place for various functions, with various pavilions and multi-function halls distributed on both sides of the south and north.

Courtyard: Turning space. Five courtyards are naturally formed between the forms of the building, forming an interesting transition at the intersections of the interior functions. At the nodes where space turns to connect, the unique character of each courtyard is formed, which adorns and enriches the spatial experience of the whole building.

Observation deck: Dialogue with the site. In the direction of the Majiabang site, a panoramic window opens as the endpoint of the visit, where the sequence is pushed to its climax and draws the crowd towards the site. 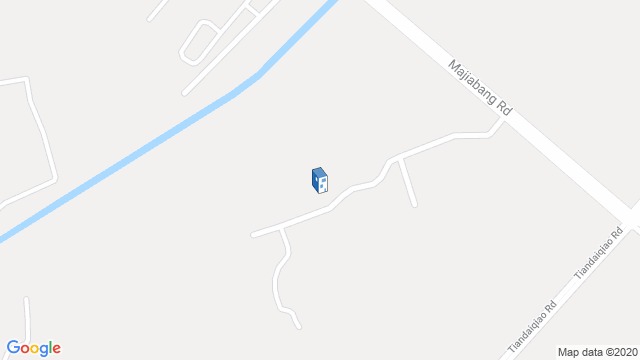 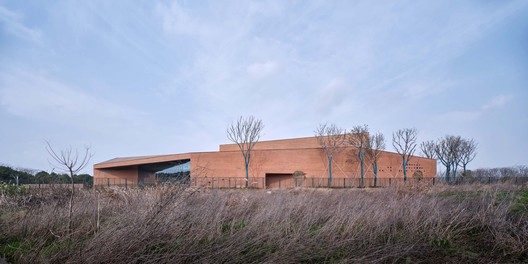