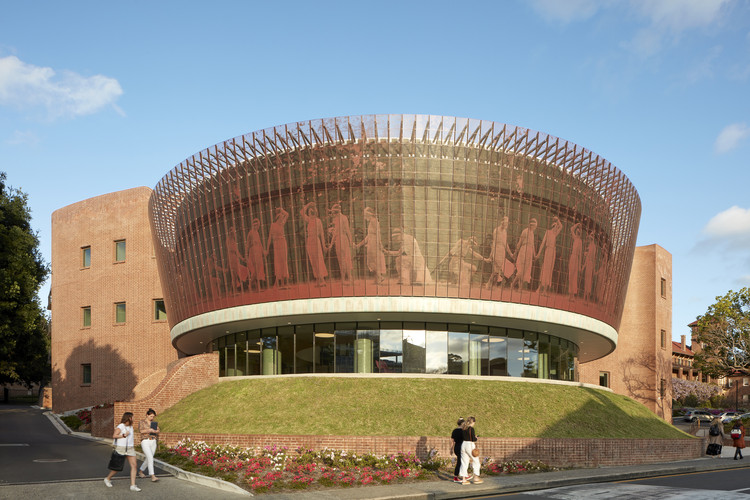 Text description provided by the architects. The Women’s College, within The University of Sydney, has opened its new Sibyl Centre. The project, designed by one of Australia’s most awarded architecture firms, m3architecture, hosts a flexible space for whole-of-cohort gatherings, as well as research and study areas. A strong feeling of connection to community and place dances through the Sibyl Centre’s design. The Women’s College Past Principal (2013-2019) Dr. Amanda Bell says space has been very well received by students. “The Sibyl Centre is conceived and designed uniquely for our women,” Dr. Bell says. “The students love the new building. They feel it’s a distinguishing piece of architecture for The Women’s College, and it speaks of women in its design.” “Women socialise differently.

They like to be connected and not feel isolated from their community. Women feel secure in this space.” “Rather than investing in more accommodation space, we’ve invested in what it means to live somewhere and the sorts of flexible social and academic spaces that women thrive in.” The lyrical design is the result of a longstanding collaboration between Dr. Bell and m3architecture director, Dr. Michael Banney. Together as client and architect, they saw through the development of several Brisbane Girls Grammar School projects while Dr. Bell was Principal at the inner-Brisbane school. “It is inspiring to collaborate with an architect who first and foremost sought to profoundly understand the history and ambition of The Women’s College as a first principle,” Dr. Bell says. The design mediates between a 1960s utility and the nearby heritage-listed Main Building. The result is a circular fortification, which continues the material palette of the brickwork of its predecessors. Meanwhile, the building’s crown depicts a scene from a College play from 1913.

A scene that Dr. Banney says greatly inspired the design. “The play’s protagonist is Sibyl – an oracle who calls forth great women from history,” Dr. Banney says. “These women tell their stories so that something might be foretold of the future of women – a sort of call to arms. The project acts as an architectural oracle – recalling the past to cast forward into the future.” The Women’s College holds a reputation for a long list of highly-distinguished students and past Principals, including the Honourable Dame Quentin Bryce who held the role of College Principal between 1997 and 2003. Dame Quentin says women can see themselves reflected in the personification of the Sibyl. “[The building is] a truly beautiful expression of all that has inspired the College’s past, that embraces the imagination of women, now and into the future,” Dame Quentin says. 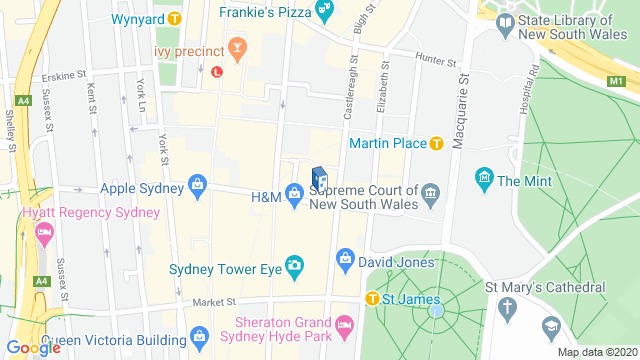 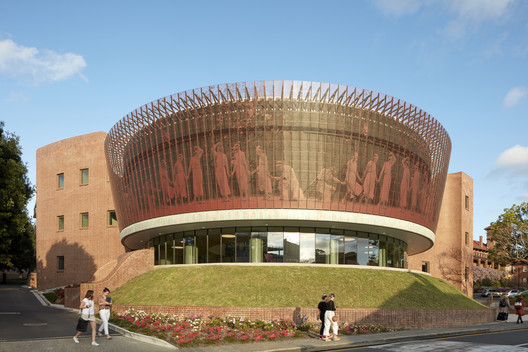