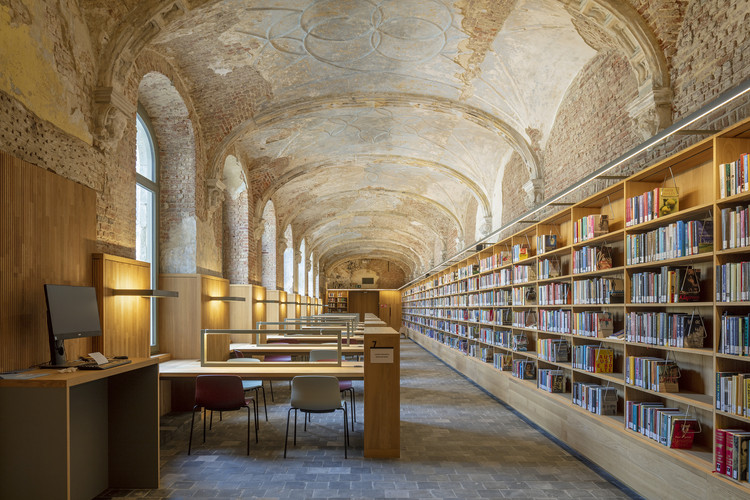 Text description provided by the architects. The Predikherenklooster is a more than impressive building. The baroque monastery was built starting in 1650 and was deconsecrated in the 18th century. In the 19th and 20th centuries it was mainly used for military purposes and has been abandoned since 1975. We developed our design with respect for the particular characteristics of the existing edifice. The programming, the spatial design, our concept for the restoration as well as the design of the technical installations, and all structural interventions are intended to preserve and reinforce these characteristics. The building has a clear structure consisting of an outer ring consisting of broad multifunctional rooms, an inner ring (the cloister), the courtyard, the attic and the church. Over the years the structure has been entirely preserved and can be experienced everywhere in the building.

For our programmatic setup, this architectural structure and the character of the spaces were the leading principles. We consider the building’s imperfections, resulting from various modifications over several centuries and from neglect in recent decades, to be its great strength. Our restoration strives to preserve the traces of its long and tumultuous history. We avoided reconstructing its original state: later renovations, additions, and traces of decay remain visible both outside and in. In our view, the building’s distinct features and its scars are an integral part of it and are as attractive as they are disturbing.

The rooms on the ground floor include the entrance hall, the café, and restaurant. The courtyard serves as a terrace and a multipurpose 'outdoor room'. With its various entrances, openings, and public functions’, the ground floor opens the building to the city. The premises of the former monastic library are located on the first floor in the inner ring. These rooms, with their beautiful vaulted ceilings, their dignified proportions, and their soft light, are ideally suited for use as a classic study library. The spaces around it in the outer ring serve as office spaces and classrooms that are both multifunctional and interchangeable. In contrast to the other rooms of the monastery, the impressive attic is free of religious meaning and history.

With its monumental wooden structure, the attic is a room full of stories and associations, and in our view the ideal place for a general library for children and adults. For additional natural light and better views of the city, we added several dormer windows and skylights. We are aware that the role of printed media, books, and other sources of information will be different in the future.

However, we believe that libraries, as public living rooms and collective working environments, can continue to play a vital role in the public life of our cities. The building owes its charm to the timeless power of the former monastery. Due to its impressive interior, the new library has the potential to become an important social venue in Mechelen and a lasting attraction. In the years to come, the Predikherenkloooster will become, as the mayor put it, "a literary wellness centre". 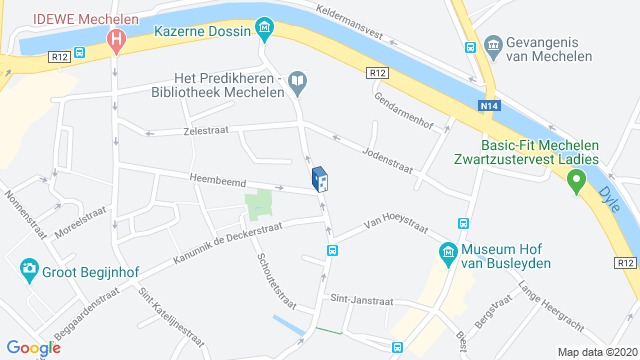 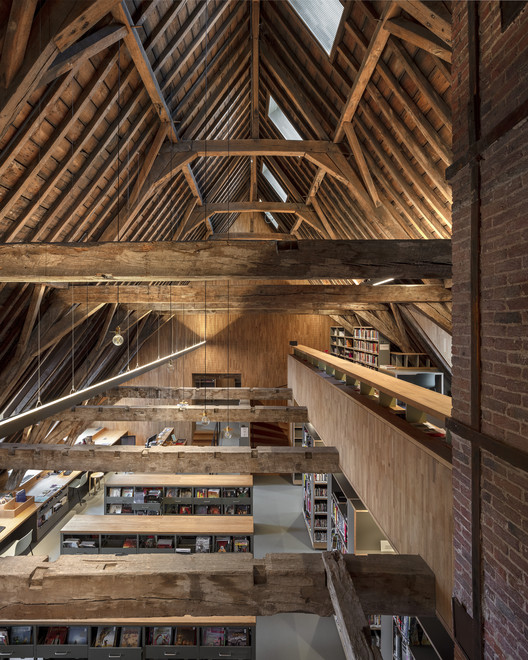 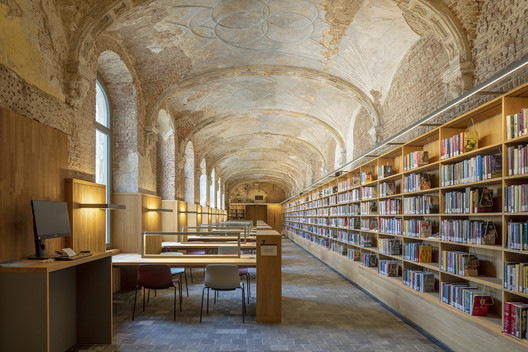 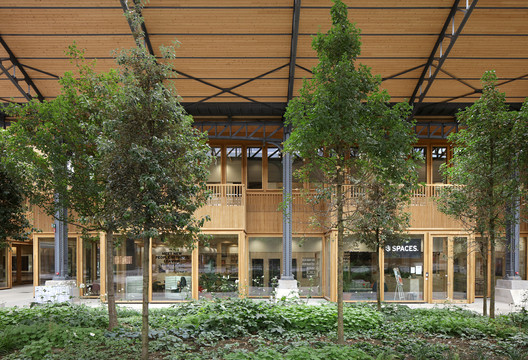