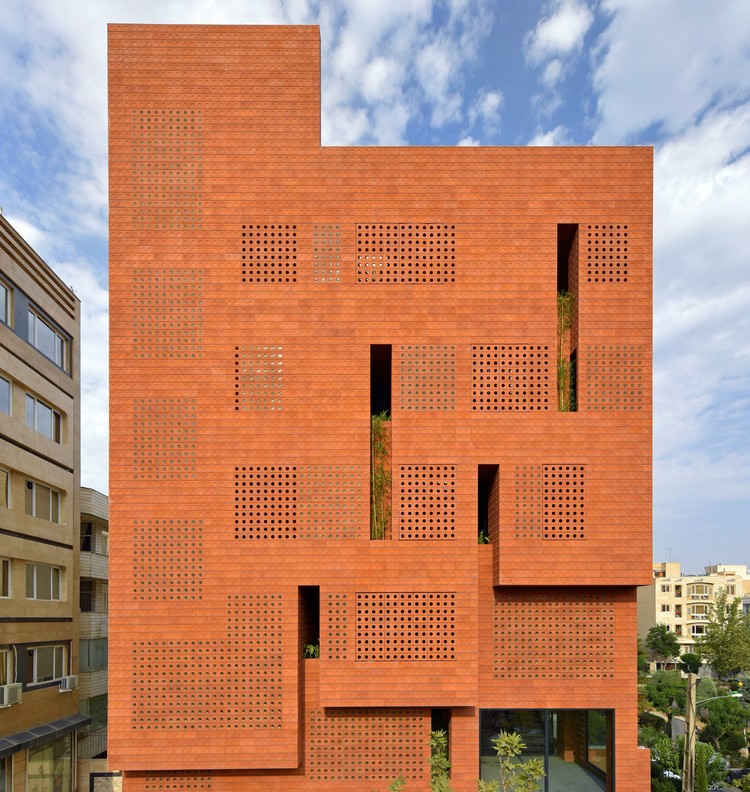 Text description provided by the architects. Is it possible to unify the urban scenery by minimizing the formic expression of buildings as singular objects and emphasizing on the city as a whole? Unitizing different elements of the building including walls, windows, doors, etc., as well as reducing the variety of building materials could somehow address the so called issues.

The project was designed as the headquarters for Kohan Ceram Brick Manufacturing Company. Preserving the existing concrete structure, it was decided to Design a special brick (by architect) to represent the factory. Now the question is, could this well-known building material move beyond its simple role and help changing the perceptions towards a complicated building and to combine different building elements to reach a new phenomenon? How could we reduce the visual disturbance in the urban scenery by introducing weak forms as building objects?

The story of Kohan Ceram building was started when a new modular creature was formed called the “Spectacled Brick”. This little guy had transparency and solidity in one piece and could see the city from within.  It worked as the masonry, the finishing, and the insulation at the same time but still wanted to be more than that. The Spectacled Brick not only formed the exterior façade, but also transformed from a surface into a volume which extended into the building in the form of modular greenspaces. Replacing ordinary walls and windows, these modules defined different spaces in the building.

Therefore, the interior walls were formed by the extension of the exterior walls, following the main design criteria which was to merge dual qualities. Bringing the natural lighting inside spaces in a mysterious way, the Spectacled Brick delayed the perceptions towards the building. It made the building both introverted and extroverted during day and night. It strictly banned other materials to take part in the making of the building and always kept loyal to its geometry.  Penetration was the favorite notion for the Spectacled Brick. Making use of its semi-transparent nature, it merged the exterior with the interior to fade the boundary between the two. The spectacled brick was aware of the ventilation and light exposure benefits caused by the penetration of exterior to interior and used this technique to organize spaces inside the building.

The spectacled brick integrated building qualities such as interior and exterior, introversion and extroversion, façade and space, transparency and solidity, natural and artificial lighting, to create a new phenomenon which not only carries features form both components, but also introduces new values to the system. Therefore, design challenges were resolved by merging these dual components into unique elements. It also used this homogeneity to address the programmatic requirement of the project which included both commercial and residential spaces. It tried to expand the commercial aspect of the brick showroom to the exterior and eventually to the city. Therefore, the transitional role of the building as a complex of spaces in the building scale and a commercial object in the urban scale was formed.

Net Zero Operation Carbon - Radiation and solar heat gain is controlled by a passive system, using operable brick louvers. Users can control daylight and temperature by adjusting the shades. With a 60cm gap from the first layer, the second layer of the façade contains the main window openings for natural ventilation. This system significantly reduces building energy demand. The lighting system in this building is equipped with motion sensors. Moreover, the cooling/ heating system consists of ceiling fan coils with separate operational systems in each zone, equipped with sensors detecting the human presence to turn on or off. All of these systems have a great impact on reducing energy consumption in the building.

Good Health and Well-being - In some parts of the building the façade has been extended to the interior spaces, forming deep voids (up to 5m) inside the spaces to bring in natural light and ventilation. The air entering these voids gets filtered by the vegetation in the flower boxes along the void length to become fresh and less polluted. Approximately 70 m2 of total floor area of the building has been dedicated to green spaces. These green spaces significantly affect the quality of life by filtering and moistening the air in the dry and polluted climate of Tehran.

On the south and west facades where sunlight exposure is higher than normal, the brick-glass modules capture the excess sun energy and allows an optimized amount of light and heat to enter the building. Statistics show that 67% of the total building area is within the Useful Daylight Illuminance (UDI) range. The brick used in this project is recyclable, has minimum effect on the ecosystem, and is cheaper to maintain in the climatic condition of Tehran. Some of the interior spaces have been separated by glass partitions to create visual connection and to allow better sunlight penetration. 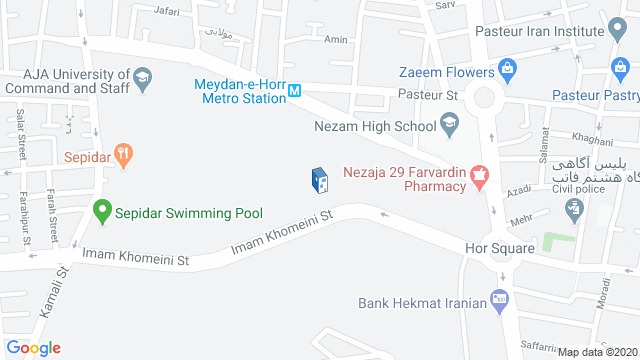 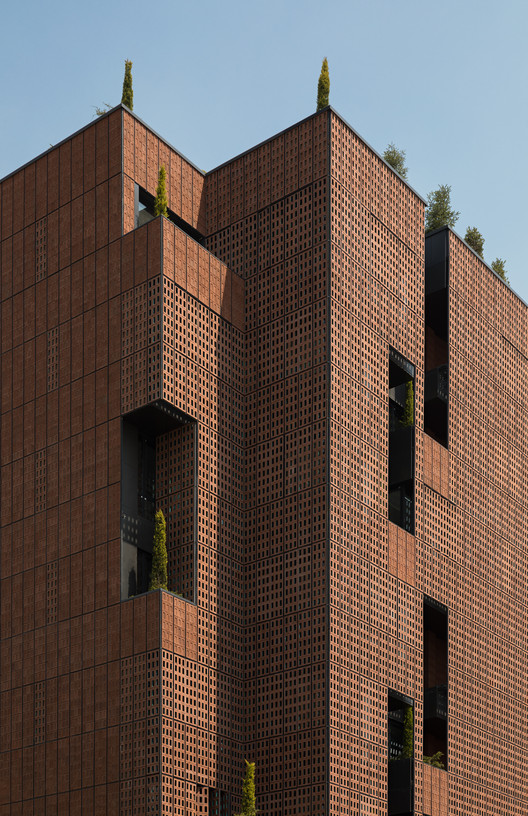 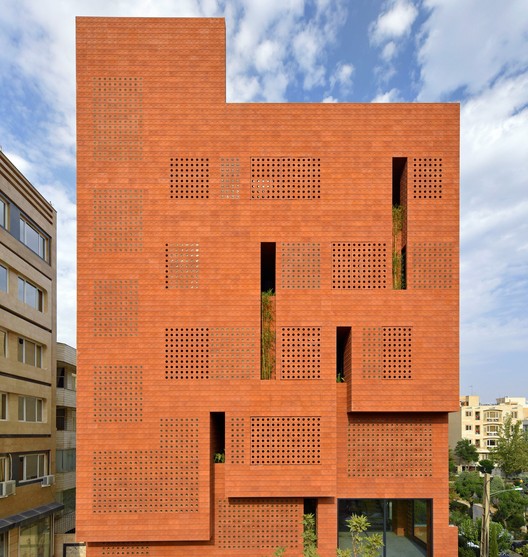