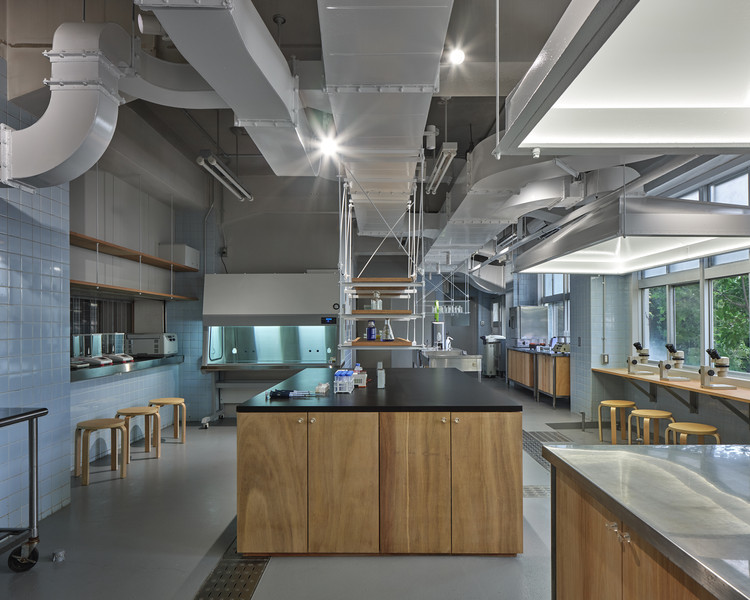 Text description provided by the architects. Located in the Faculty of Design, Kyushu University, the Biolab explores the possibilities of biotechnology from a design perspective. Despite its casual ambiance, the Biolab is a full-fledged laboratory equipped with a genetic analyzer and an image analyzer and meets the safety standards (P1) to handle genetically modified organisms. The space is jointly run by researchers from different fields such as biologists, geneticists, and media artists. Adjacent to the Biolab is the Foodlab, a research space for future food design.

Biolab used to be the kitchen section of the student canteen. The presence of the ducts crawling across the ceiling was overwhelming. Once the space lost its original function as a kitchen, the complex shapes of the ducts and range hoods looked like sculptures. We do not have the budget to remove all of them. Then, I thought maybe it would be interesting to reuse the ducts and range hoods to keep the memory of the space that had filled the students' stomach for the past 50 years.

Hence, we focused on the ducts as the leading actor, and designed the lab based on the concept of "renovation of ducts". First, we reduced the number of range hoods to create more space. After the removal of some range hoods, the ducts were re-connected and reused as custom-made "duct" furniture. Shelves were suspended from the existing ducts, and the main test bench and experiment sink were placed below them. Lighting was installed inside the range hoods, and the range hoods became the spatial devices that illuminated experimental equipment at the Biolab. For ambient light, we used a magnet-type spotlight that sticks to the iron ducts and allows the user to change its position freely.

Most of the furniture has been modified from existing kitchen tables with additional wooden storage. For the windows, we used surplus acrylic scraps from the university's workshop to ensure the air-tightness of the lab space. These ideas and many other low-cost ideas have reduced the construction costs by about 30% as compared to general laboratory renovations. 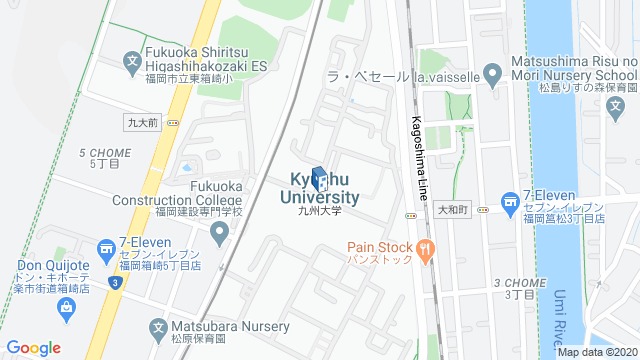 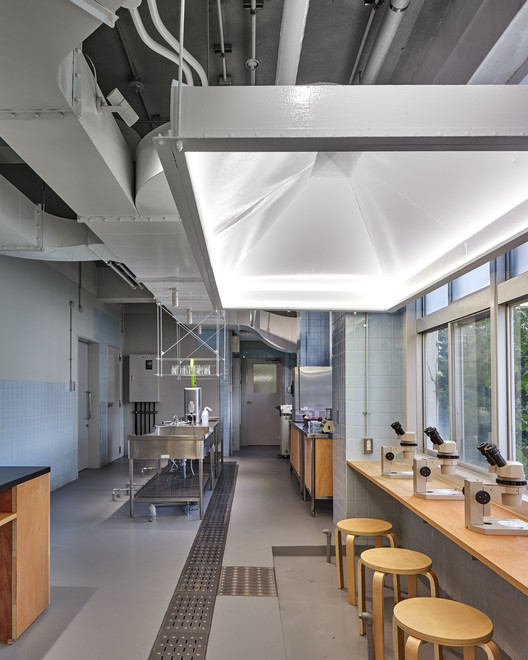 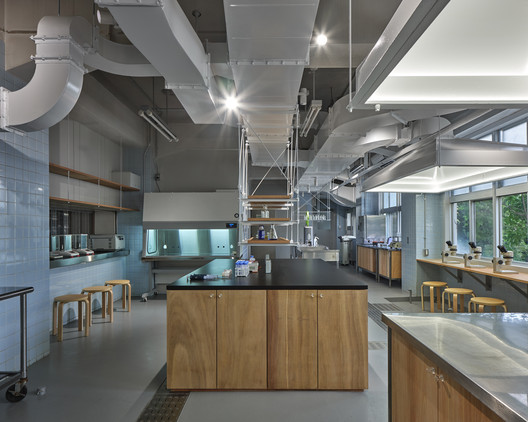