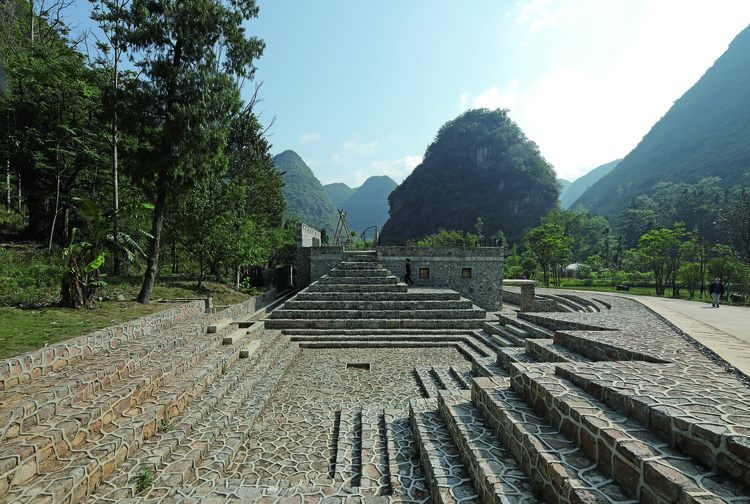 Text description provided by the architects. The Camping Service Center in Louna was initially designed in November 2016 and completed and put into use in October 2017. It is located in the Architect Commune of the Dachong Group, Louna Village, located in the eastern mountainous area of Xingyi City, Guizhou Province. The site is a closed basin surrounded by mountains. The west side of the site is close to a mountain, while a road and a pool appear to its east. There are two adjacent courtyard houses on the site whose foundations and some stone walls were reserved after their demolition.

As the supporting service center of the commune's base camp, it includes rooms for dressing, rest, dining, a cafe, and meeting and office rooms. We opted for a contemporary design that would result in a "familiar sense of strangeness." Rather than focusing on so-called tradition, we innovated at three levels: spatial memory, use of local materials and construction methods, and an exploration of the how modernity and metaphor evolve with the land.

The new building is regarded as the continuation of the preexisting house, as the building's base, contour, size and stone wall remain well preserved. The fire pits, courtyard and zhaimen (gate of a village) are arranged to represent the previous site's space and scale. The stream emerges from the mountain spring. The old well on the site is also preserve  and the natural spring water collected for landscaping and service center and campsite use. The undulating stone steps rise and fall to represent the karst landforms and distinctive geology in Louna. The building is like a boulder emerging from the foot of the nearby karst mountain nicknamed the "mantou" mountain after its resemblance to steamed buns. Thus the Camping Service Center integrates with the unique landscape of Louna. When visitors approach from edge of the field, they see the changing elevation of the mountain floor to the mountain forest. They also see a platform for views and free climbing.

The inclusion of modern facilities open to the public nonetheless conforms to the sitings of the original dwellings. The open space between the two homesteads is designed as the third inner courtyard, with one side open to the shaded natural mountain forest. When people gradually enter the quiet courtyards and corridors under the green shade behind the house from the open area, a sense of privacy in the public environment is gradually induced.

For construction, the locals mix concrete with available materials, especially stone. This material, which was novel to us, were used in the interior spaces such as in room corners, above door frames, on the cantilevered roof, on stairs, and on landings. Using locally inspired materials enriched the space with a vernacular feel while showcasing the timelessness and adaptive qualities of traditional constructive methods. Modern methods to improve, but pay respect to traditional craftmanship  helped serve this modern space. For example, using concrete for the columns in the dining hall/restaurant improved the structural integrity of the structure, but the cruciform shape paid homage to Louna's heritage.

The large supporting span created flexibility for interior use, enabling the dining hall to accommodate activities such as reception, lectures and exhibitions, while liberating the facade's design. Combined with the layout of the pool in the outer courtyard, the restaurant appears to be a pavilion floating on water. 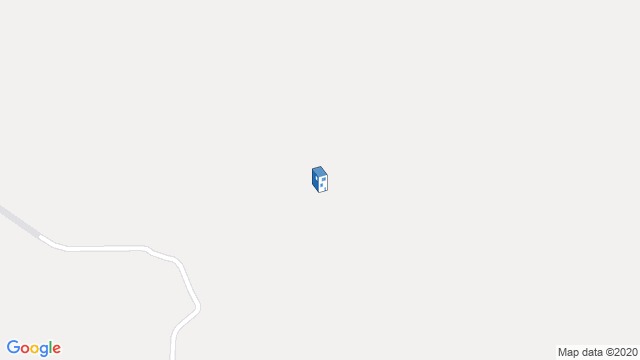 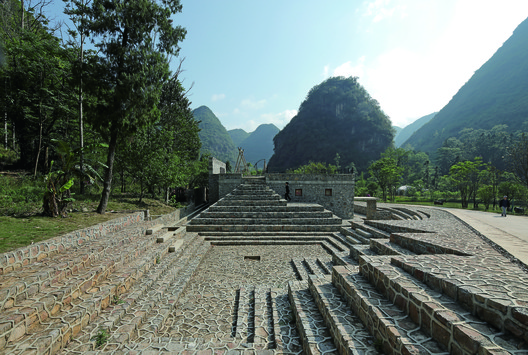