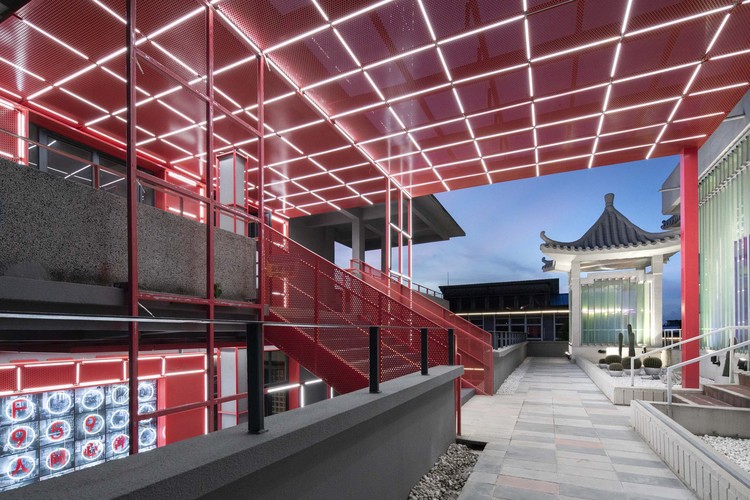 Text description provided by the architects. The diesel engine plant is located at the intersection of Changdi Road along the Yangtze River and Industrial Road perpendicular to the Changdi in Ronggui, Shunde. It is the place where many older generations in the local area have a deep memory. Each building has its own distinctive characteristics. In the design process, we respect the "individuality" of the old building, and at the same time strive to adapt it to the future use requirements and re-give the old building new vitality.

New connections and roaming
In order to realize the interconnection of the floors of different heights between the two buildings in the old building of the diesel engine plant, the original designer designed a complex staircase in the patio space between the two buildings. During the renovation, we kept this space as the key point, and added the elements of the old factory memory to create a "staircase museum".

In order to be suitable for future commercial use, we studied the height difference between the buildings in the park, and connected more buildings through corridors, stairs, steps, etc. to further create a connection space with the old The "new connection" space in the same vein.

New gray space and large space
The Workers’ Auditorium of the Diesel Engine Plant is the largest interior space under renovation. In order to achieve the scale conversion of the old auditorium from a large space that originally served the needs of the assembly to a small space that met the commercial needs, we disposed a glass brick enclosed box space at Tonggao, and the newly placed glass brick box naturally appeared a circular business flow line.

At the same time, we added a spiral staircase to connect the second and third floors to enrich the space experience. The box space naturally becomes the core and hub of the entire space, retaining the centrality and spirituality of the auditorium space.

New garden derived from old things
In the old canteen of the diesel engine factory, there is a traditional garden on the first and top floors. In the design process, we chose to retain the basic forms of rockery, pools, flower windows, pavilions and other elements in the garden, and emphasize its symbolic symbolism by whitewashing.

Newly added materials such as colorful glass and stainless steel translucently reflect the surrounding environment, clearly expressing respect for history and yearning for the new era. 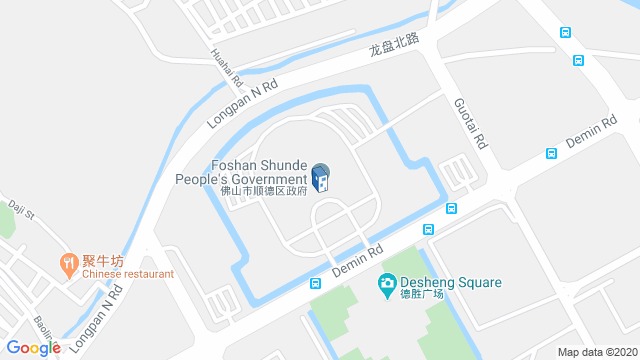 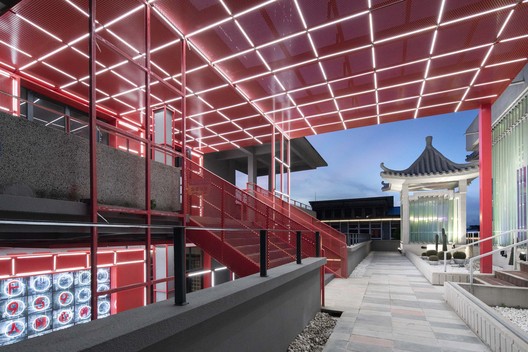