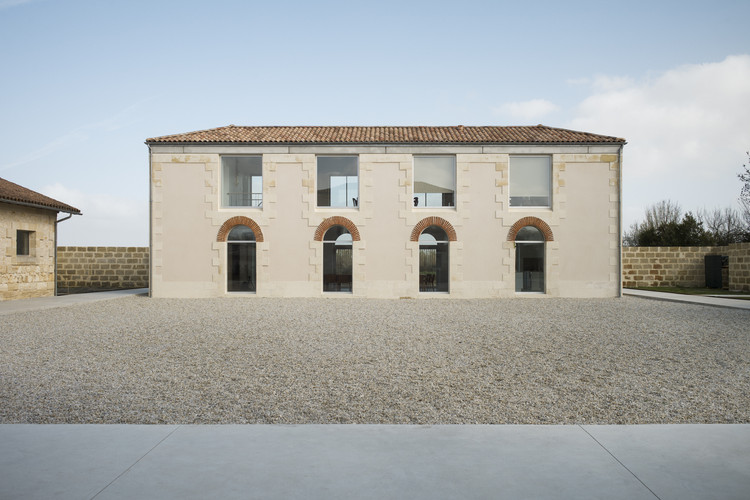 Text description provided by the architects. On the banks of the Gironde estuary, in Pauillac, the Sapiens Architectes agency is transforming the former slaughterhouses into the headquarters of a wine merchant. Situated between the town and the estuary, this heritage, consisting of four buildings enclosed by a stone wall, has always functioned as a physically and visually closed ensemble. In order to preserve and enhance it while adapting it to its new function, the architects worked on two principles: to open the enclosure to create new porosities and to link the volumes that were previously independent, to create workspaces.

Open. On the street side, the two existing sections of wall between the side annex buildings and the porch are demolished and replaced by steel fences reinterpreting the aesthetics of the historic porch gate and revealing the interior of the site and the natural landscape in the distance. The system is repeated for the treatment of the estuary sidewall where a large opening is created, resulting in two new visual breakthroughs from the river street to the estuary on either side of the entrance porch and the central body. The link between the city and the natural landscape is reinforced.

Link. Then, the intervention is concentrated within the complex itself on the interior rearrangement of the four buildings to create workspaces and on the requalification of the landscaping.

After having optically opened the site and created a porosity between the city and the estuary, we wondered how to make these four fragmented buildings work together, how to connect them physically without distorting the identity of the site.

In addition to these two large coverings, a work of demarcation of the ground and a peripheral path around the courtyard is generated. One enters the centre through the porch facing the central body into a space that gives the illusion of being enclosed, then one moves to the sides to discover the view between town and estuary and to access the different spaces. 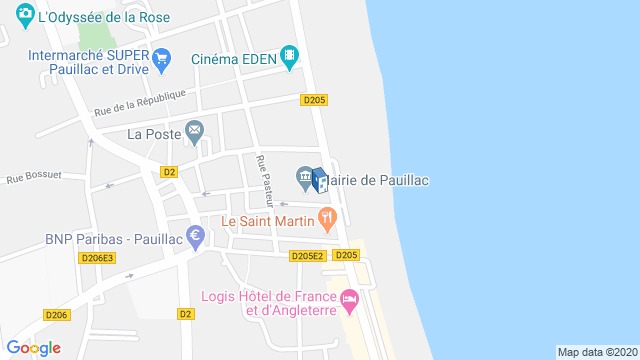 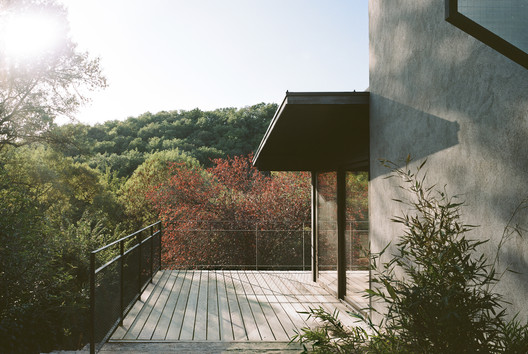 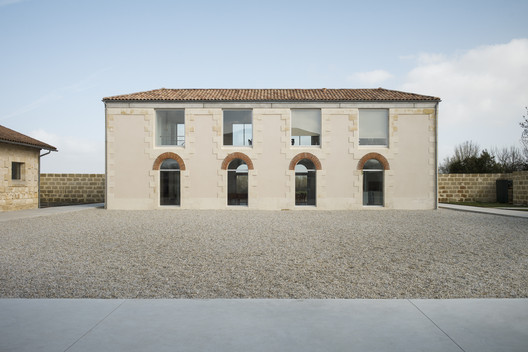